Accessing menus in Rhythmbox on Gnome

I have two machines running Ubuntu - one has Gnome Ubuntu, the other Xubuntu. Both have been recently upgraded to 14.04. On Xubuntu, Rhythmbox has both a menu and a sort of "settings" button on the upper right-hand side. On Gnome Ubuntu (since either 13.10 or 13.04) neither is visible - and, in fact, I don't know how to access the things that used to be there. For example, I don't know how to change the layout or install plugins. How do I access this functionality in Gnome?

I've attached screenshots of Rhythmbox in both desktops. 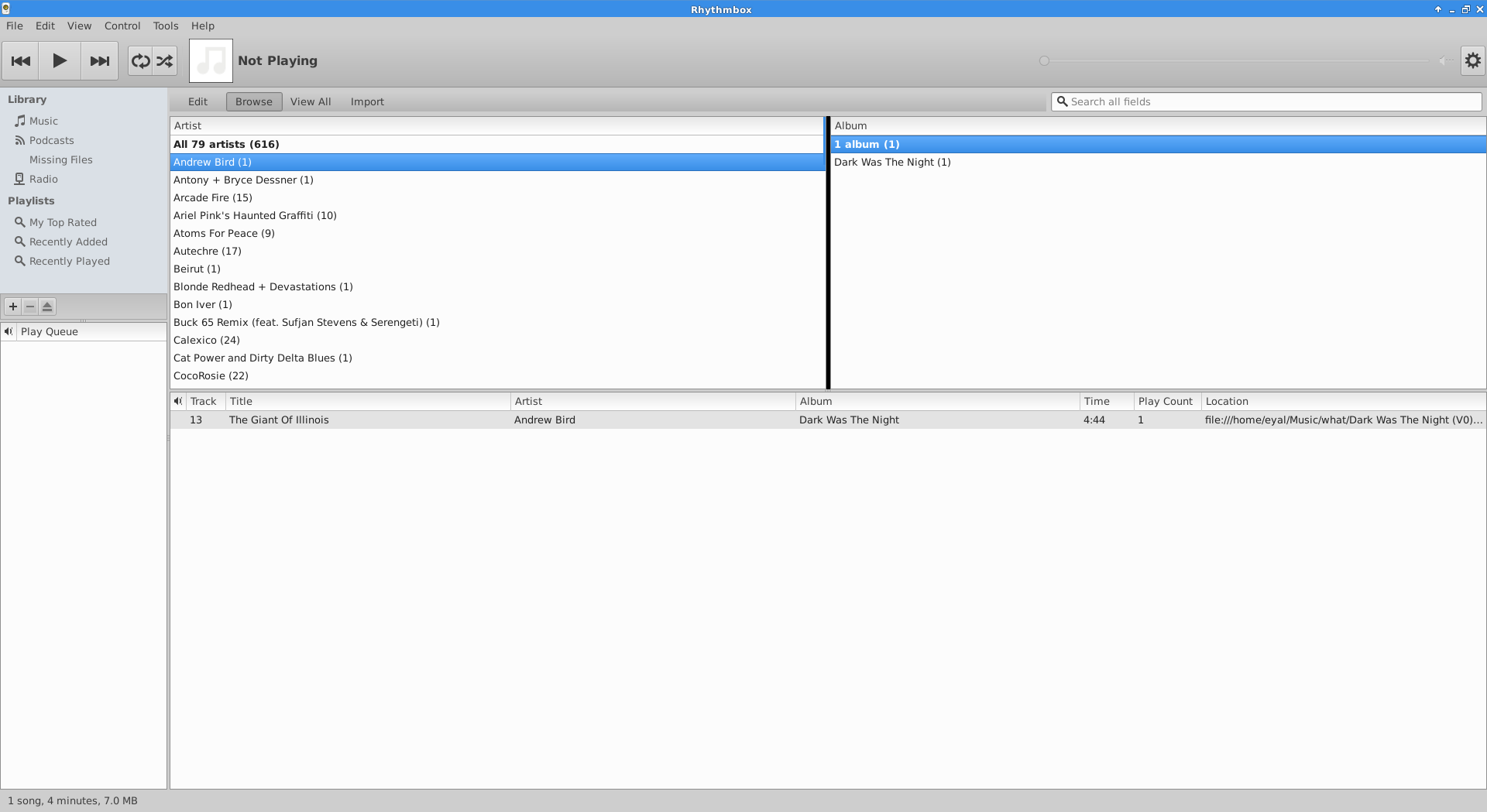 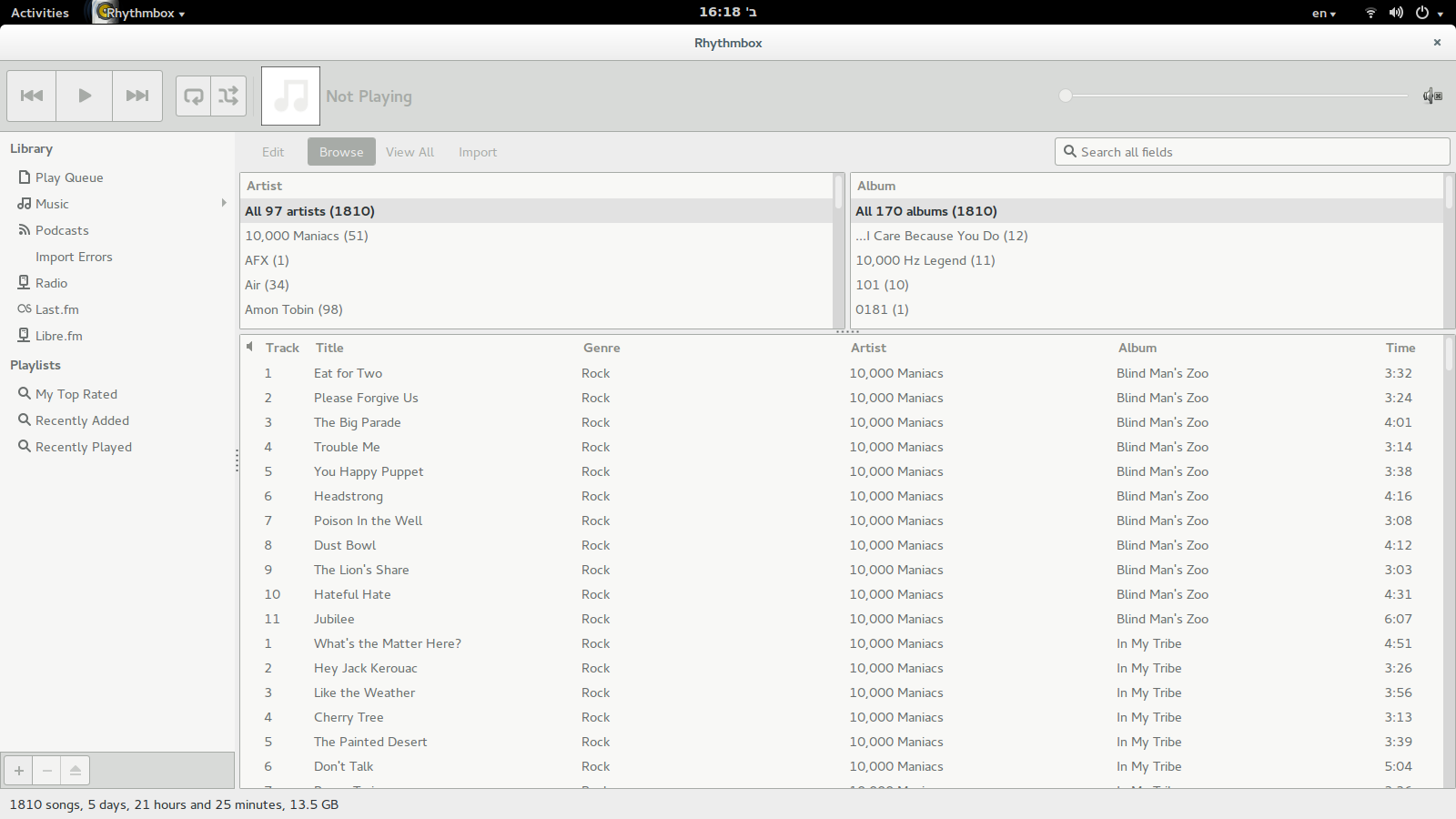 Applications that confirm to the Gnome-Shell menu specification list their menus through the top panel. 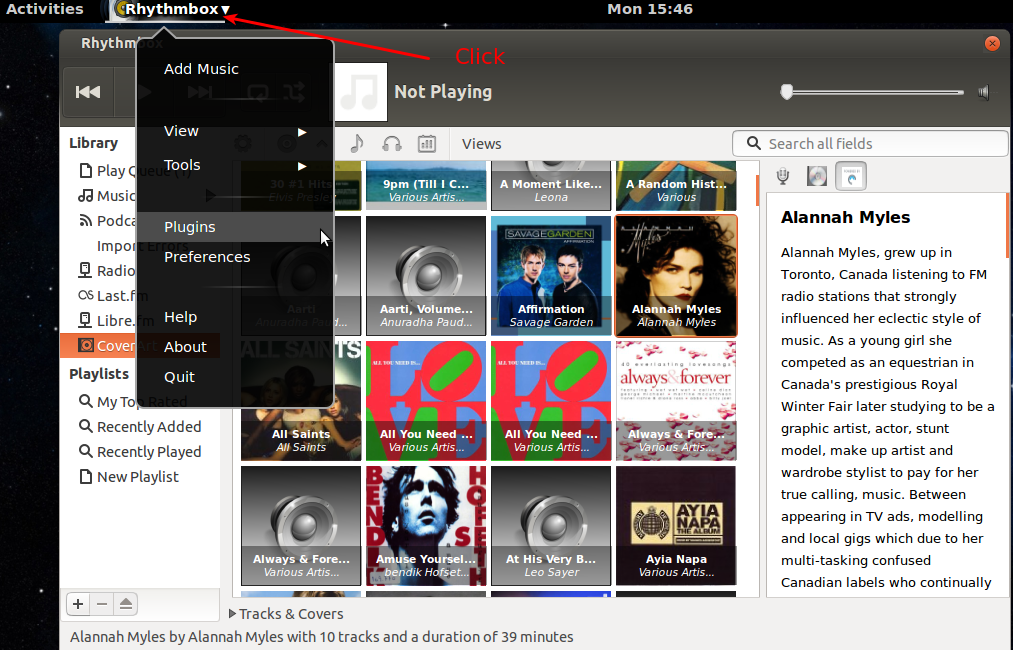 This contains the menu's that you previously saw in the top-toolbar in earlier versions of Rhythmbox.

To complete the story - where you previously right-clicked playlists to see a sub-menu, these have been relocated to a source toolbar location: 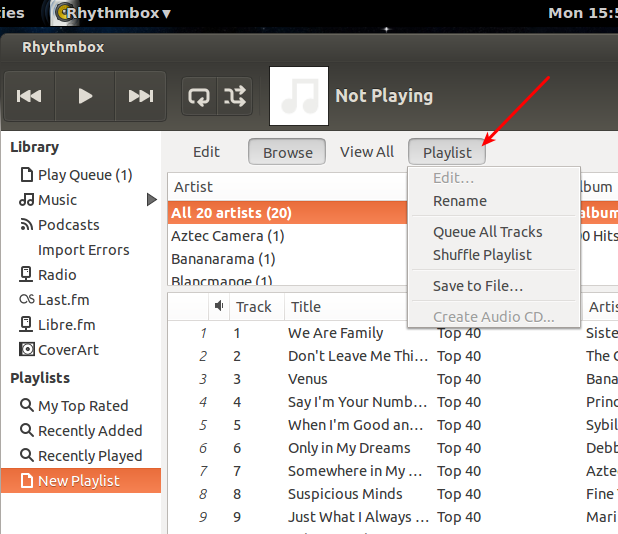 To turn on or off use of the top bar to display application menus:

An alternative is to make rhythmbox show the settings gear icon. To do this run:

Not the answer you're looking for? Browse other questions tagged gnome rhythmbox or ask your own question.

68
How do I install third-party rhythmbox plugins?
2
How to center date time in top panel?
0
Rhythmbox not saving imported files & other issues
2
winmail.dat attachments on Evolution (Ubuntu Gnome 13.10)
4
How can I get Rhythmbox to display the correct album cover art?
2
Starting Rhythmbox via crontab
0
Ubuntu Gnome 14.04 Classic Desktop Missing
24
How to edit the Applications Menu in GNOME 3?
1
How to get Rhythmbox working again
1
How to return the menus to Rhythmbox in Ubuntu 18.10