Installing Ubuntu on a laptop with an SSD [duplicate]

There is absolutely no problem in installing Ubuntu on an SSD. In fact, if you have an SSD, it would be the most recommended place to install Ubuntu on. Thanks to the SSD, you will benefit from: 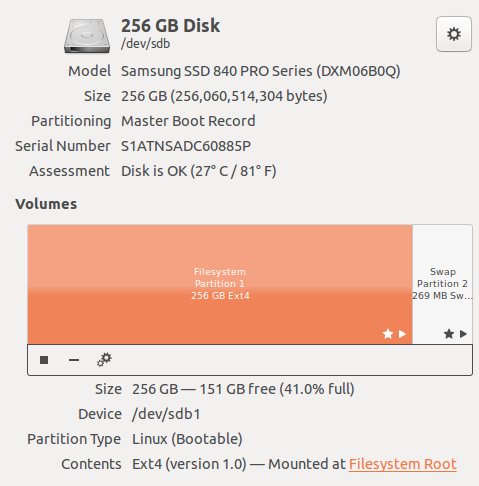 As you can see, is totally safe, secured, faster, stable and with a big jump in performance.

1
Ubuntu on ssd and windows
0
Installing Lubuntu 15.04 on SSD forces formatting?
0
SSD for Ubuntu and Which folders could I locate them on SSD
1
How to manage installations with HDD+SSD ubuntu?
0
Will Ubuntu installation on my laptop SSD affect data on an HDD in the same PC?
0
How to add SSD to Dual Booted PC
3
Installing Ubuntu on SSD and setting Home on HDD