Does KuaiPan Cloud Service provide encryption and how does it manage privacy?

Looking for an alternative to UbuntuOne, I found that the official Chinese distro, Ubuntu Kylin, has announced a cloud service from Kingsoft KuaiPan, with its own "customed app". This sync client is only partially translated into english, but it was quite easy to get 1TB extra: 512GB installing their apk in my Android phone (which I uninstalled as soon as I got the extra storage) and 512GB binding it with wechat (a service I don't use anyhow). It is no doubt a generous amount of free space which derives mainly from a cloud storage war in China.

Apart from a slight memory leak, I must acknowledge how well this service integrates in Unity. A screenshot of the KuaiPan folder in Nautilus (note the Ubuntu logo):

Provided that Canonical somehow endorses this service, I can imagine that it is reliable at least to some extent. My natural question is to what degree? Of course, if I were paranoid, I wouldn't share any personal file on any server beyond my sight. However, I'd like to know

In case they don't offer a secure connection, please let me know if there is a way to take advantage of this service, for instance, using it as a backup protected with password.

While Ubuntu's servers, hosted at http://one.ubuntu.com use 256-bit encryption, Kuaipan uses an unguarded internet connection. Using Kuaipan would be heck as scary for people who upload their personal data to the cloud.

While the promise of 1 TB does look alluring, do note that Kuaipan is hosted in mainland China, not Hong Kong. China's national internet censoring system, often dubbed as the Great Firewall of China, will have access to your data. Hong Kong and Macau, being SARs or Special Administrative Regions fall out of the censoring policy.

I'd suggest you use something like a VPN to hide your IP from Kuaipan, and not use that 1-2 TB to store sensitive data. Avoid making it your primary cloud service, and specially restrict it's access to your PC as long as their security encryption stays like this.

P.S. Just because Ubuntu Kylin is bundled with Kuaipan does not mean that Canonical endorses it. You are left to use Kuaipan at your own risk.

About encryption: A screenshot from Safari for iOS. The padlock with the omnibox displays that encryption is available. 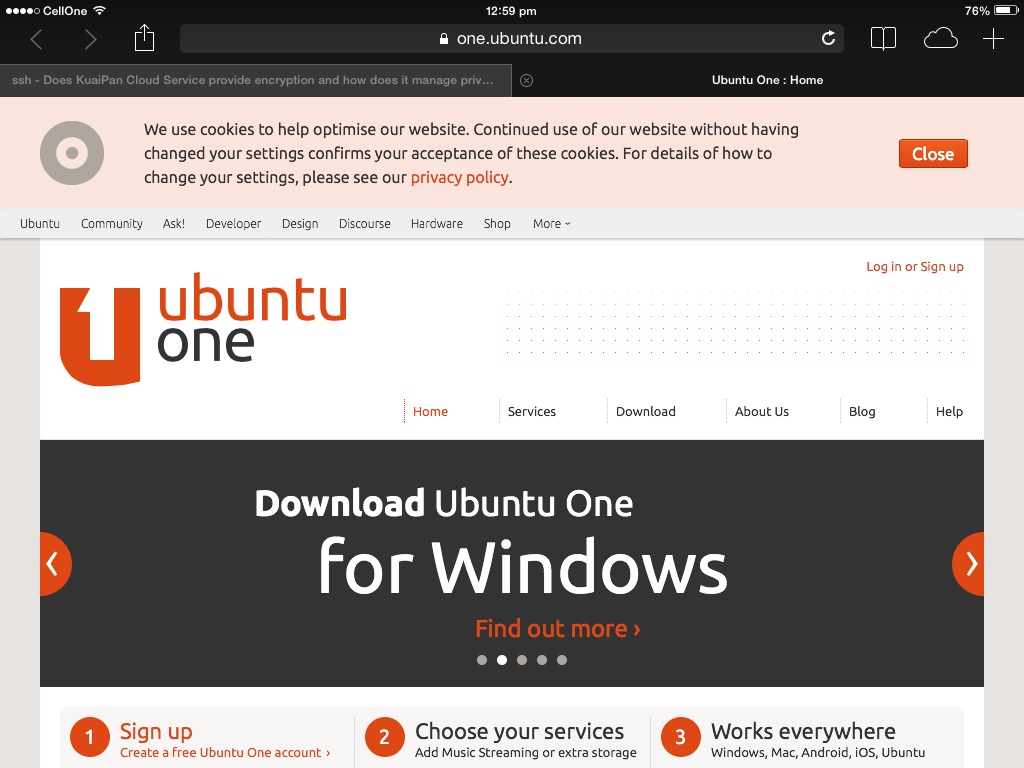 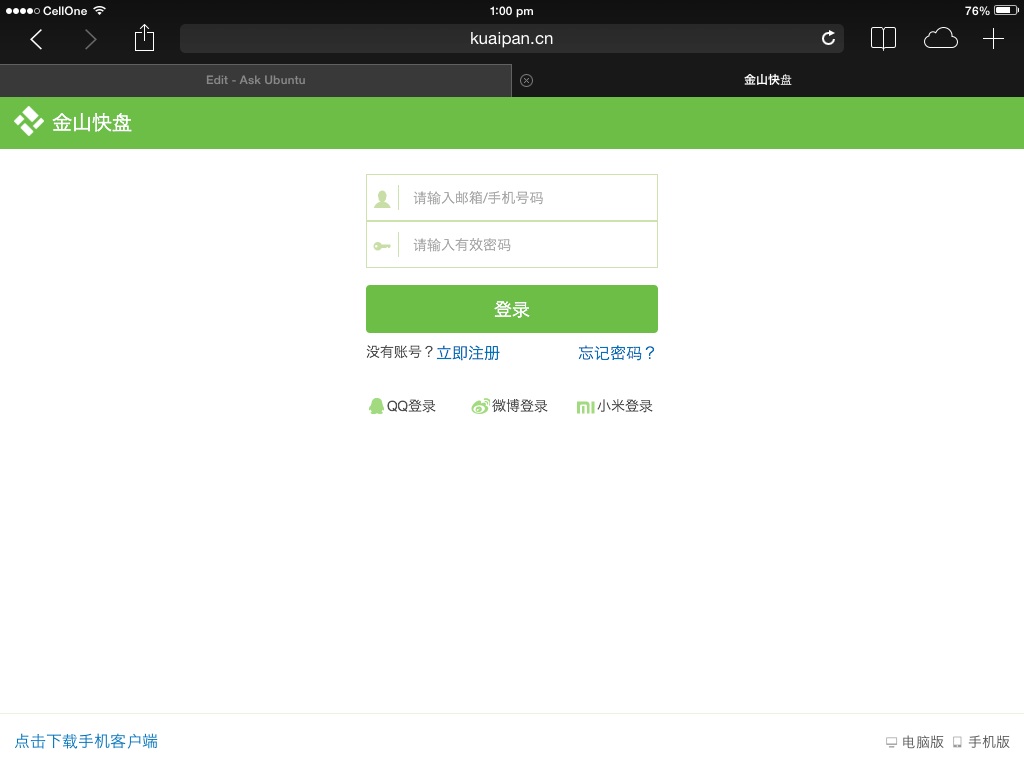 You can try this with any good browser and yet you'll fail to find any encryption on Kuaipan. Even if there is, it uses a certificate which is not verified by a global authority like VeriSign, Thawte, Entrust etc.

Not the answer you're looking for? Browse other questions tagged ssh cloud privacy kylin or ask your own question.

3
How does Ubuntu Cloud Guest and Amazon web services work?
3
Does the new "privacy" button have a log?
2
IPv6 Privacy Extension does not Work in 12.04?
1
How to setup deja-up (backup) with "copy" cloud service?
0
ubuntu cloud service and CarotDAV
0
Looking For an App to Manage Cloud Services
0
why does not IPv6 (RFC 4941) privacy work?
0
2 hard drives + privacy (Windows 10 and Ubuntu)
1
Encryption on a cloud