I recently installed ubuntu 12.04 on Dell GX620. I'm not able to change the resolution from 'Display'.

I have already tried the following method:

It works fine. But when the computer restart it shows an error and goes back to the previous resolution.

Please help me figure out what it is. If it is a driver-issue, please point to the right direction to find the right driver.

This is not a driver issue. Its just that you have got to make xrandr changes permanent. I just had a similar problem and solved it by the method shown here . I will explain it below.

First, create a shell script with the commands you have given in your description as shown below:-

(You may have to edit the last line according to your system specs.) Save it as lightdmxrandr.sh in /usr/bin . Make it executable by running :-

Now just try running it from your terminal to see if it executes without errors :-

If it runs right, you have to make some edits to /etc/lightdm/lightdm.conf . For that open it with nano :-

You can even use gedit or whichever text editor you prefer. It will be something like this :-

Now add the following lines to it:-

This should most probably work for you and you must get your desired resolution both in your desktop and login screen. But some users like myself had a problem because of which the login screen resolution would change but the desktop resolution would not, when the above is done. If that is the case, drop into a terminal or tty session(If you had login problems after attempting the above) and type in :-

and then remove the lines we added to it above. Then reboot successfully and follow the below instructions.

Open "Startup Applications" by searching for it in the dash. You will get something like this :- 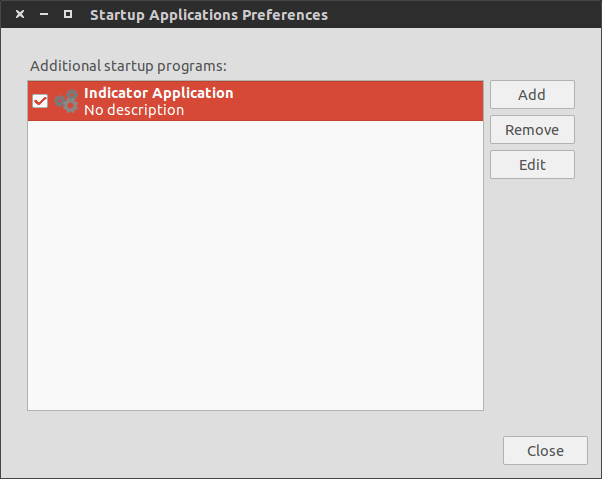 Now reboot and you must have your resolution in your desktop alone. To change your login screen resolution too again open lightdm.conf file in the same way as mentioned above and add the below line alone:-

Save it and reboot. Now you will have both your desktop and login screen resolution for sure.

Not the answer you're looking for? Browse other questions tagged display dell display-resolution xrandr or ask your own question.

13
How can I get my monitor's maximum resolution without the proprietary AMD graphic driver installed?