My laptop model is ASUS F550CC with NVIDIA 720M (not optimus) graphics card.

I'm confused with what method should I really use to install NVIDIA 720M in my Ubuntu. Should it be via PPA, Additional Drivers or NVIDIA's website?

What I did was to install the two NVIDIA drivers that appeared in the Additional Drivers upon fresh Ubuntu installation. With the image file attached, it can be seen that Ubuntu cannot detect my graphics card. 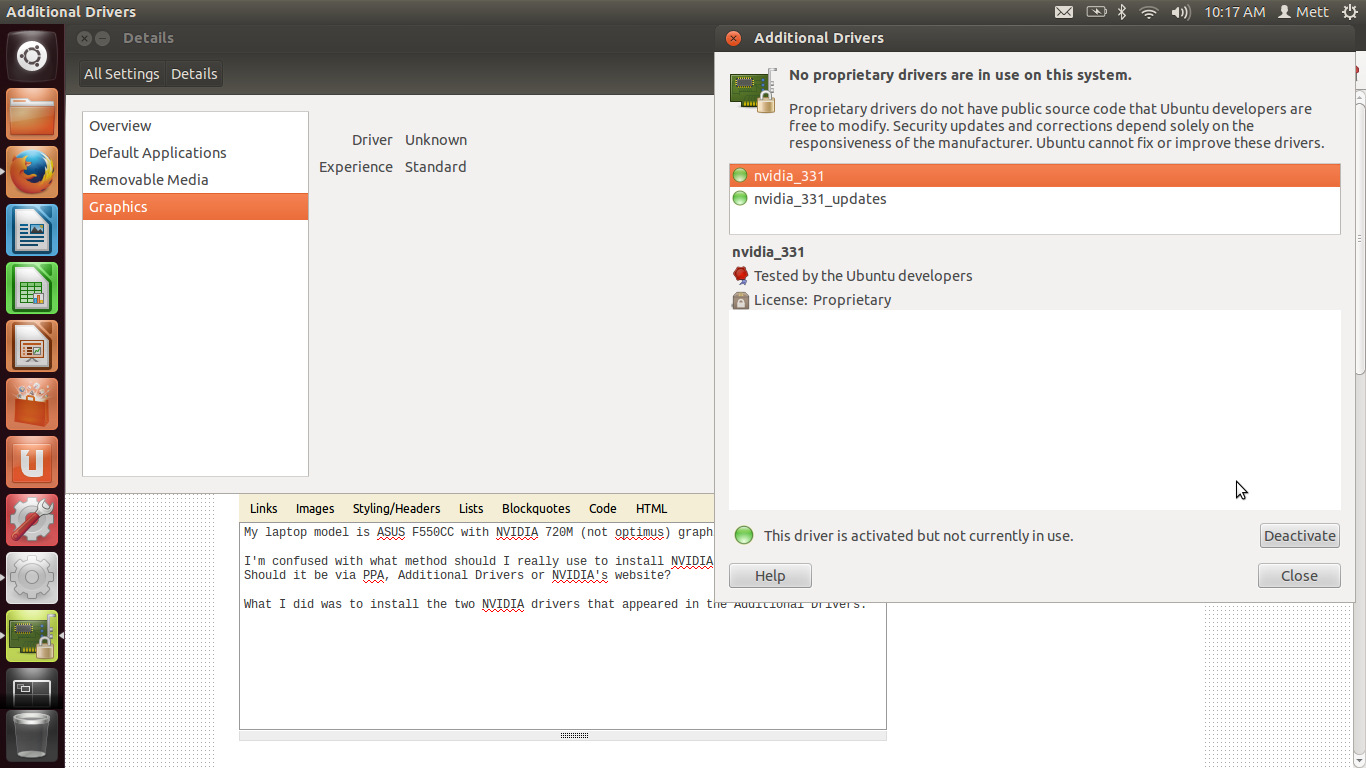 I also installed mesa-utils to run glxinfo but I got error messages as depicted in the image file attached below. 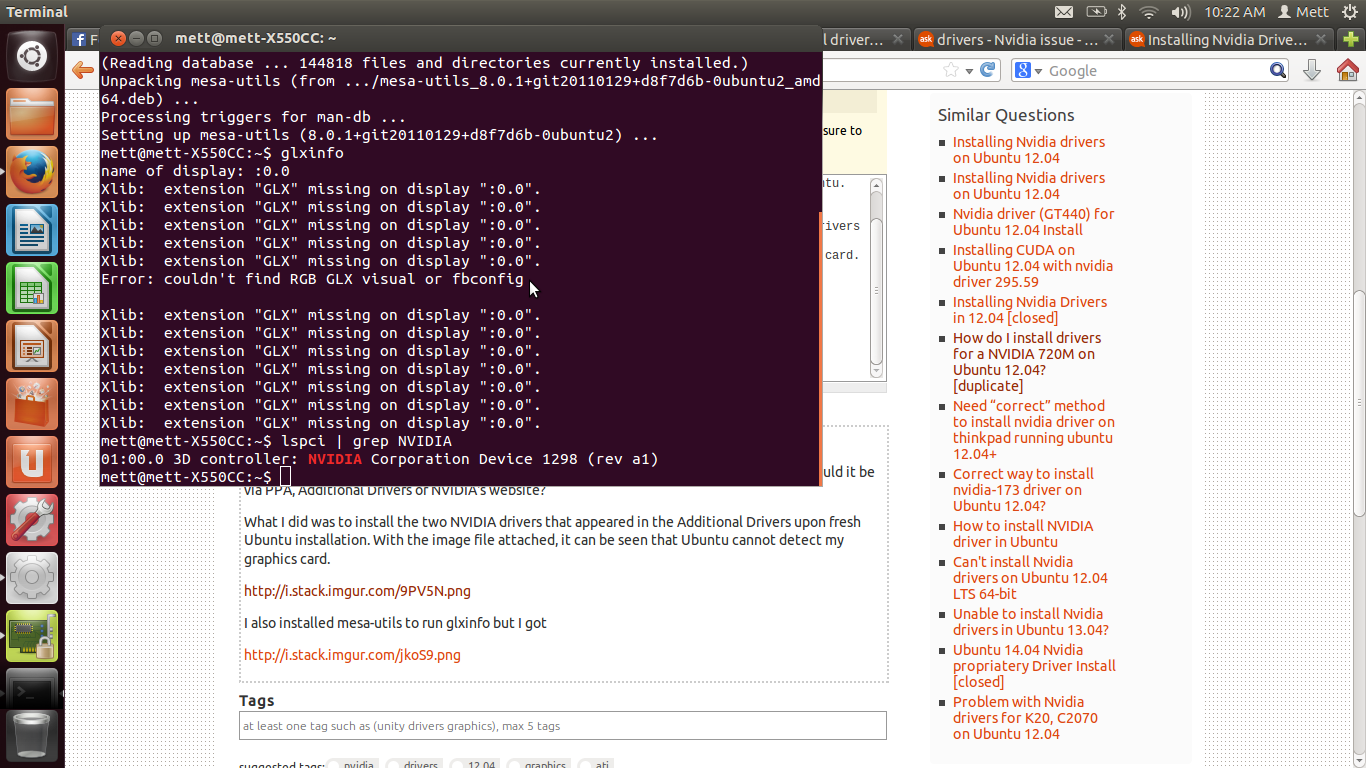 When I run lspci | grep NVIDIA, it showed my driver. I'm really confused. One says it cannot be detected, another said it can. What should I believe in? Also how do I really test if NVIDIA is correctly installed (e.g. running some sort of test program)? Also did I installed it correctly?

Here is the detail on how I installed my Ubuntu upto NVIDIA: 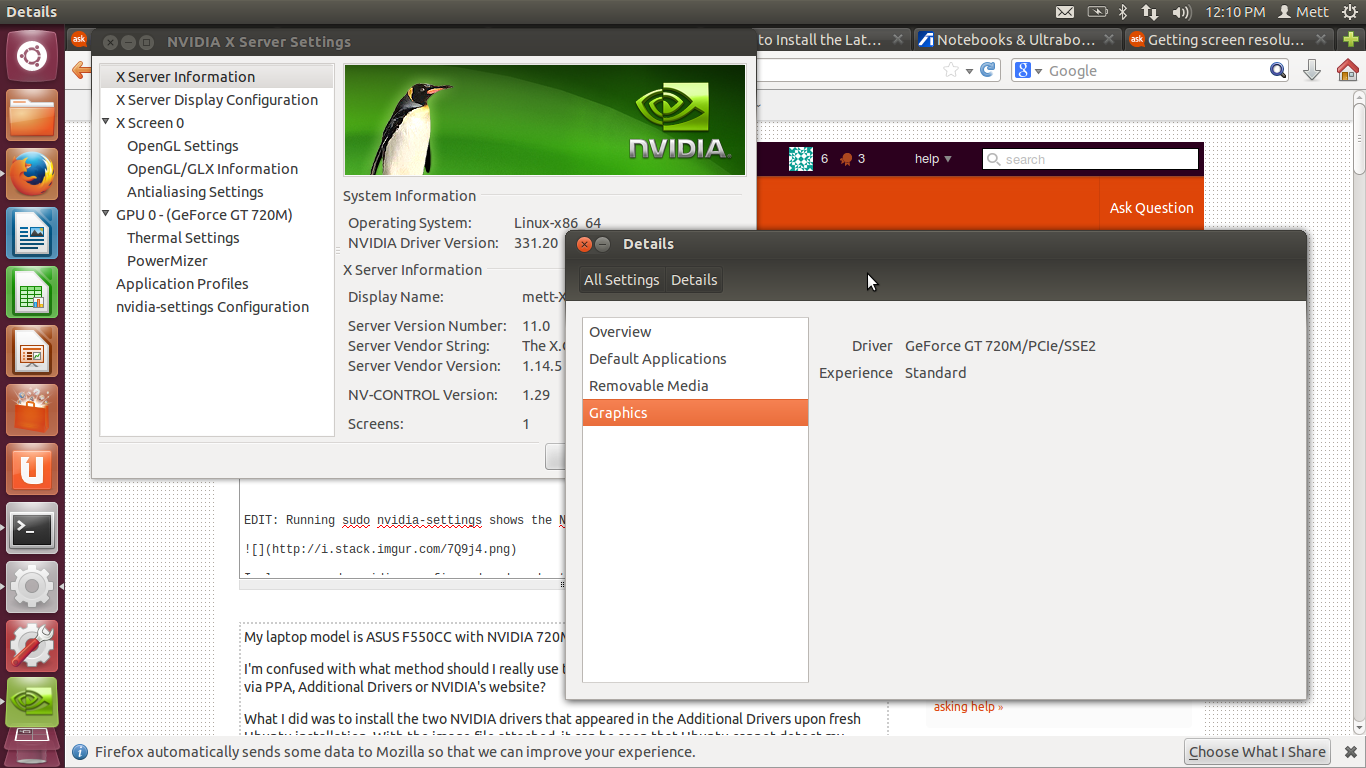 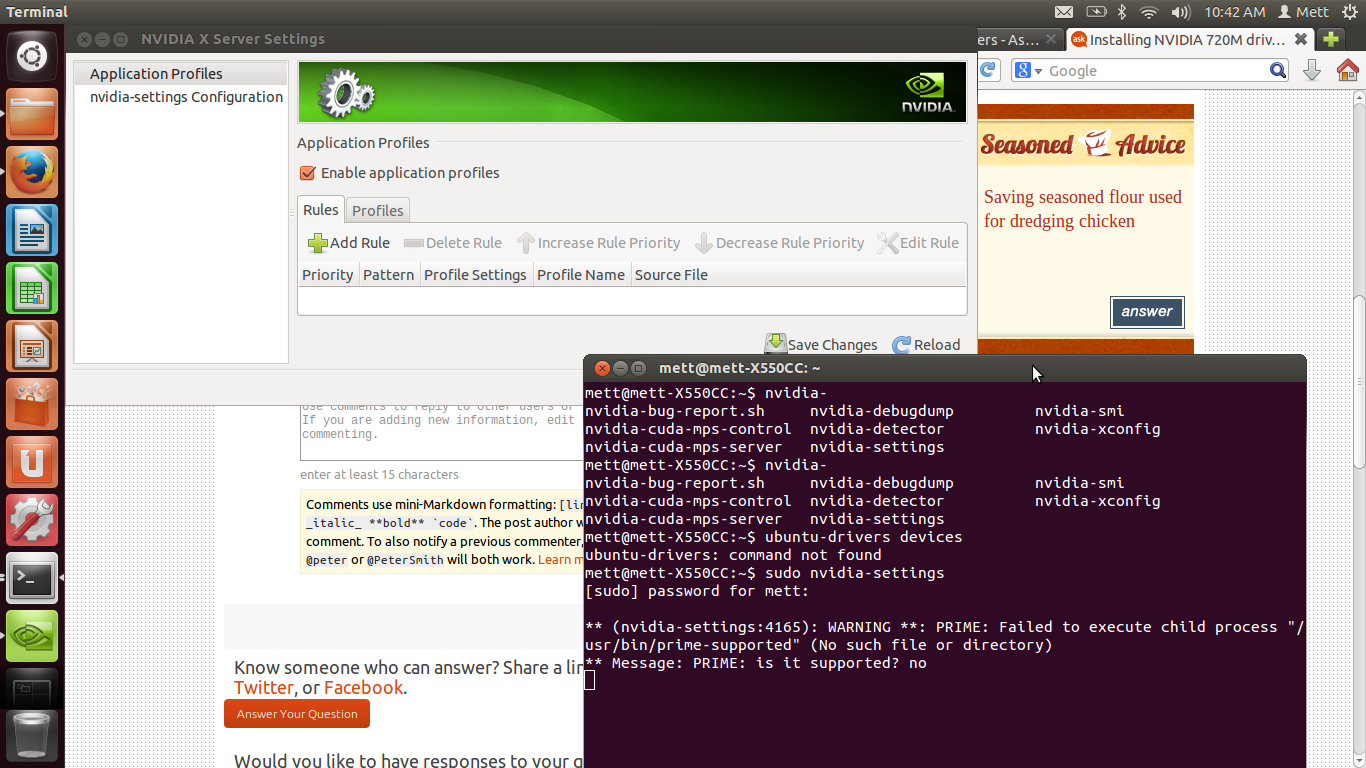 Now I got this ugly video resolution. I also run glxinfo again but got the same error message but the details does not display unknown anymore but none at all. 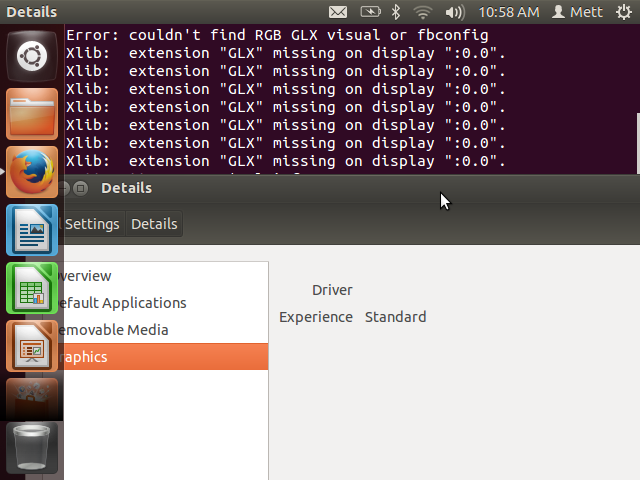 Here is the /etc/X11/xorg.conf after I executed sudo reboot.. 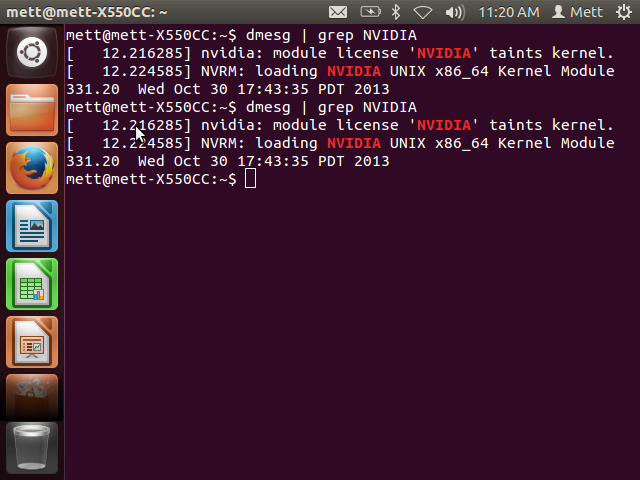 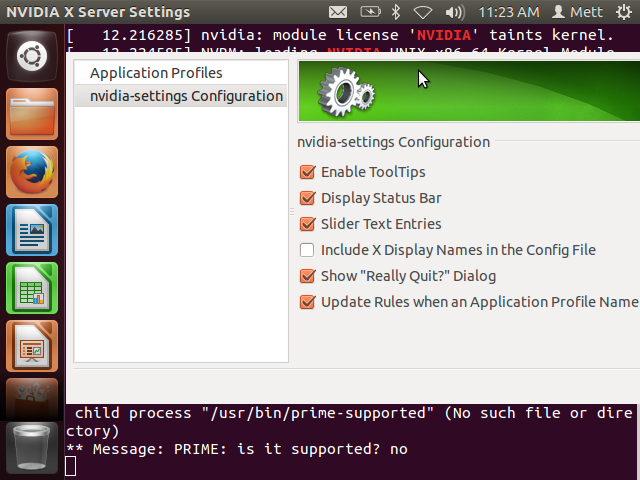 This will activate the installed driver.

Actually, xorg.conf is anachronism. Newest X drivers do not need it. But NVIDIA wants it to be written to work properly. Example /etc/X11/xorg.conf:

Not the answer you're looking for? Browse other questions tagged 12.04 drivers nvidia graphics or ask your own question.

4
How to get second display to work alongside primary display?
1
Tried every solution but my monitor resolution is still stuck at 640x480
1
NVidia dual monitor set-up 11.04
0
How do I set resolution to 1440x900 with Nvidia?
2
External monitor does not correctly display on GMA500
1
Rotating one screen with xinerama in a multihead setup
7
Can X.org Load Two Different Drivers? (Triple-Head Setup with Intel and NVidia Card)
0
uknown display in display settings and low resolution. Not getting Edid information because of bad checksum