I have imported a document from another Ubuntu computer (made in open office).

Trouble is I have no idea which font Libre Office is currently using, in the bar at the top it says Merriweather, but this is obviously not true as it is neither installed nor looked like the font.

How do I find out what Libre Office defaults to on Ubuntu and what is the quickest way to divine which font is being used.

Failing that I attach an image below for anyone with a sharp typographic eye (but I would prefer to know how to solve this one without simply recognising the font!) 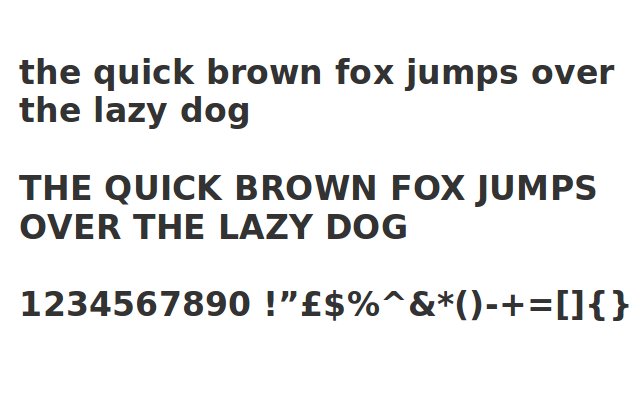 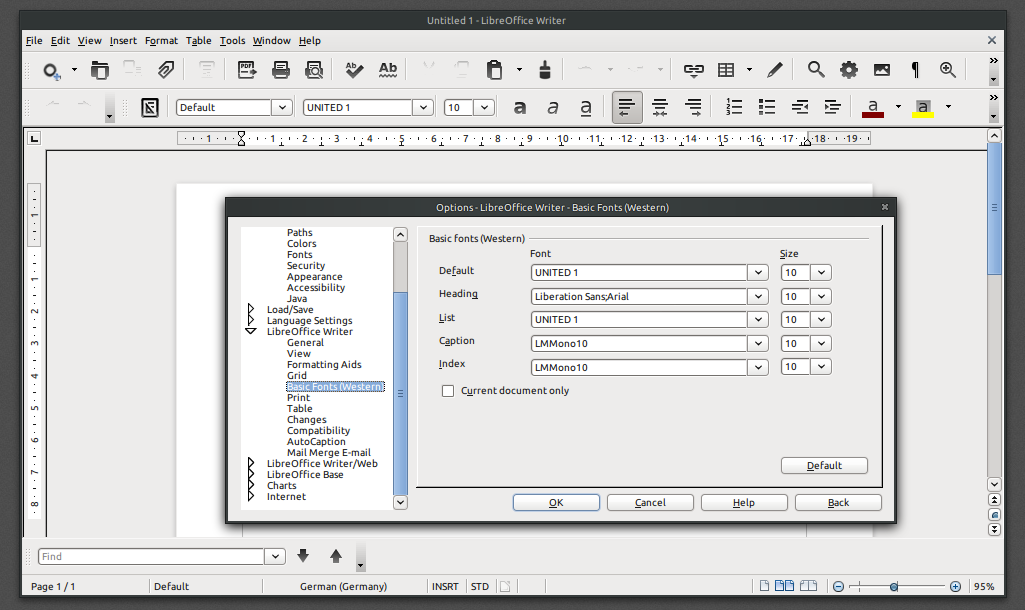 In LibreOffices' Menu Bar go to 'Tools -> Options', which will open a pop up window, like shown in the screenshot above.

From there choose from options:

You can set new fonts or simple find out, what fonts are set in your current setup.

Not the answer you're looking for? Browse other questions tagged libreoffice fonts or ask your own question.

8
Some applications use “archaic” character instead of modern Japanese one
1
Can't print from Libre Office 4
12
Libre Office shows Garamond but font manager doesn't
1
Installed custom fontface but some weights are not available in certain applications
5
LibreOffice Writer edited document is recognized as virus or spyware
20
Libre office font spacing (kerning) issue
0
Determine which fallback font is used by LibreOffice (for Garamond)
3
PFB fonts are broken in certain applications and missing in others (Kubuntu 20.04)
0
Using iMac: Libre Office freezing. Series of crashes and reboot problems