How can I get Firefox to use the KDE style?

There are some problems using Firefox in Kubuntu.

gtk3-engines-oxygen is installed and "oxygen-gtk" is the default GTK style in System Settings > Application Appearance > GTK. 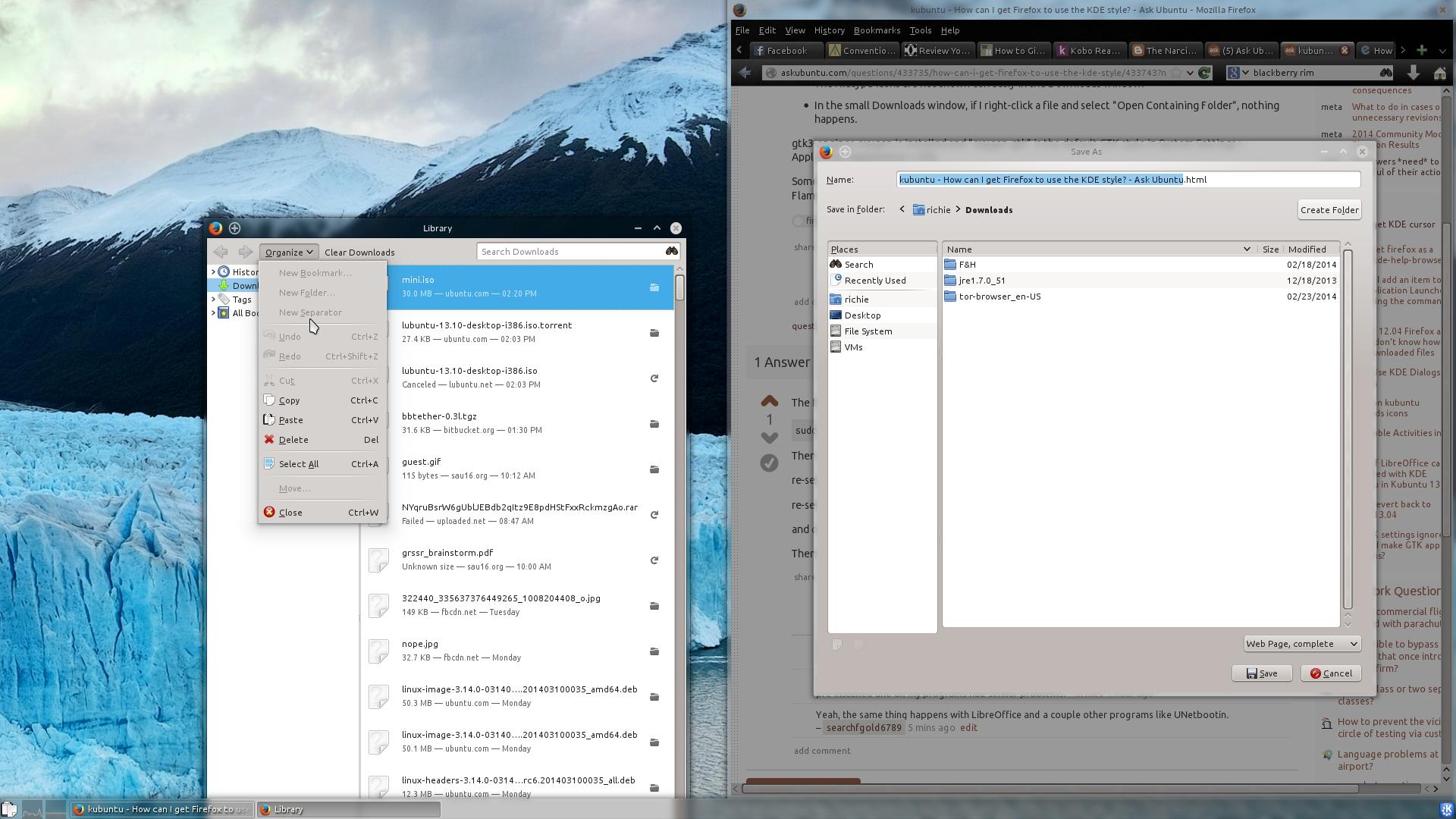 Something tells me I am missing something to integrate Firefox into KDE. What can I do to get Flamewolf - ahem Firefox to integrate nicely with KDE?

The Launchpad PPA page for Blue Shell's Firefox can be found here: firefox-kde

Note that two packages need to be installed: firefox, and firefox-kde-suport

This will lead to a better experience, as shown in the picture from Martin's blog post. The reason this is not installed by default in Kubuntu is that Kubuntu tries to maintain a "pure" KDE experience, and therefore rarely alters upstream packages. And since Firefox is not a KDE application, upstream (KDE) would have no interest in supporting Firefox. This is the best answer for how to handle integration with Firefox + KDE in Kubuntu.

Editorial: If more people file bugs on the matter, maybe it can be addressed. Esp. since Firefox is the default browser now for Kubuntu 14.04, which is a LTS.

The first thing when you install KDE Distro is to install gtk3-engines-oxygen.

Then every program include Firefox should appear correctly.

Not the answer you're looking for? Browse other questions tagged firefox kubuntu kde or ask your own question.

1
Kubuntu - cannot change fonts and widget style under sudo after upgrade to 11.10
3
Menus of LibreOffice cannot be handled with KDE appmenu in Kubuntu 13.04
1
GTK Applications in KDE
1
Wrong theme in KDE
6
Force Firefox to use xdg-open to open downloaded files
21
How do I get rid of the Ubuntu scrollbars and theming in Firefox 46.0?
1
Firefox & Thunderbird 2020 how to restore menu in the system default style: in menu bar or in window's title bar? (Unity)
5
How to use KDE global menu with Firefox?