How to disable GRUB installation

on my hard drive, I have Archlinux with fully customized GRUB. I want to install Xubuntu 14.04 on other partition. How to disable GRUB installation during Xubuntu installation process?

I think you can install Xubuntu with a Live CD/DVD, and choose to place bootloader on your Xubuntu partition and not where your grub is so grub stays as it is. After you finish installing Xubuntu, you can boot into Archlinux and play with update-grub or better use another Live CD or some USB pendrive with Boot Repair on it to fix your dual-boot configuration. Boot Repair can be written on USB with Unetbootin tool. But you need to make sure you can boot into Archlinux after first reboot when finished with installing Xubuntu.

Oh, also make sure you download the right iso image for Boot Repair, they have iso images for both 32bit and 64bit machines.

Install Xubuntu with GRUB on sda.

After that, I have Archlinux's GRUB.

Wanted to do the same, I decided to add this answer with captures. 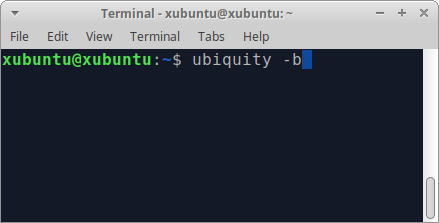 This will open the ubuntu installer program after a few seconds.

Don't close the terminal though. 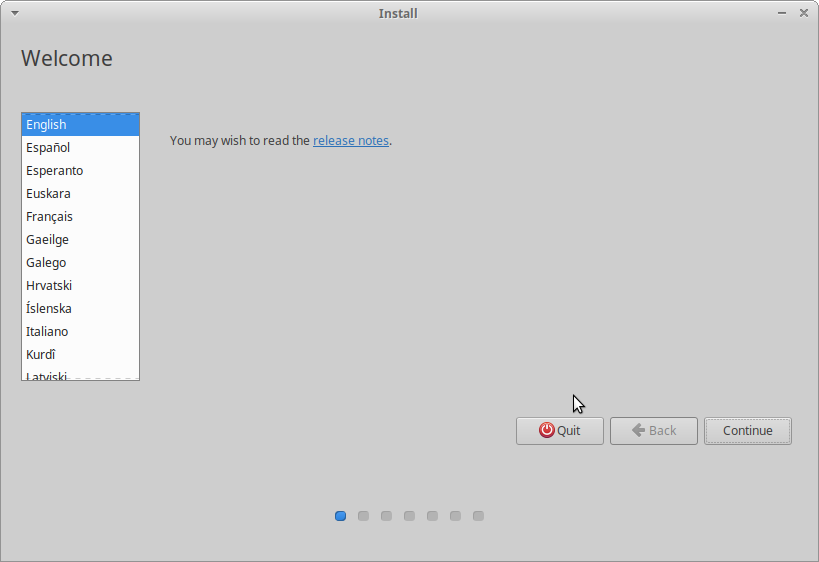 Now assuming you selected the Something Else option (see below image) 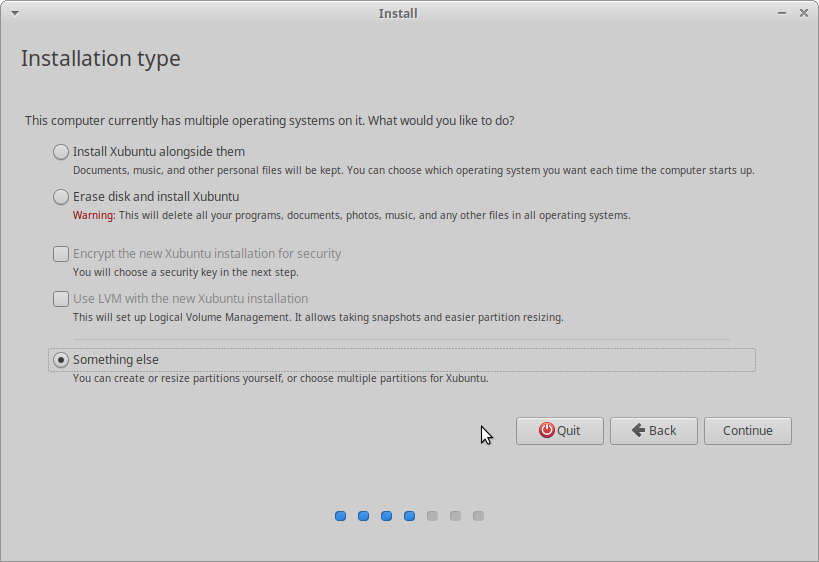 Now, you won't have the option to chose where to install GRUB. Like in this following image. 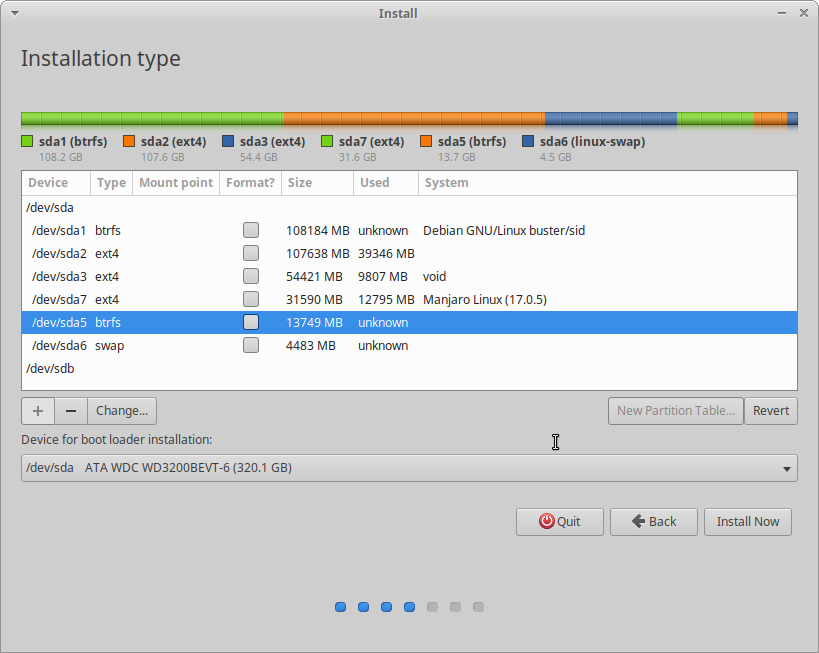 Instead, that options is removed Like in this next image. So GRUB won't be installed. 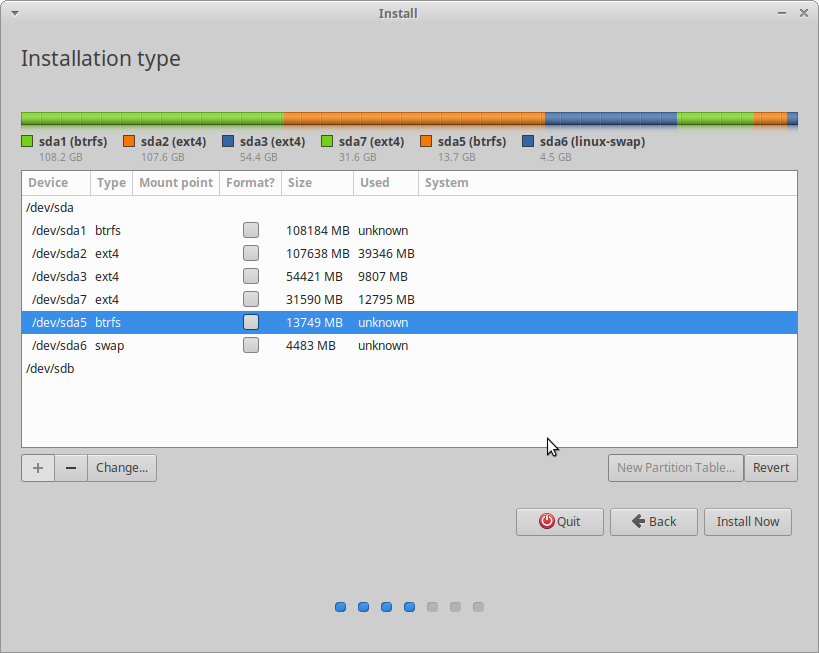 Not the answer you're looking for? Browse other questions tagged grub2 system-installation or ask your own question.

0
GRUB installation fatal error in Ubuntu 11.10 installation
0
Add Ubuntu installation on separate drive to grub
0
How to transfer all settings to a new installation?
0
Cannot find grub to boot Ubuntu after installation
10
How can ubiquity be forced not to install grub?