Now I need to increase the size of the disk of Ubuntu. GParted shows that there is 80G unallocated: 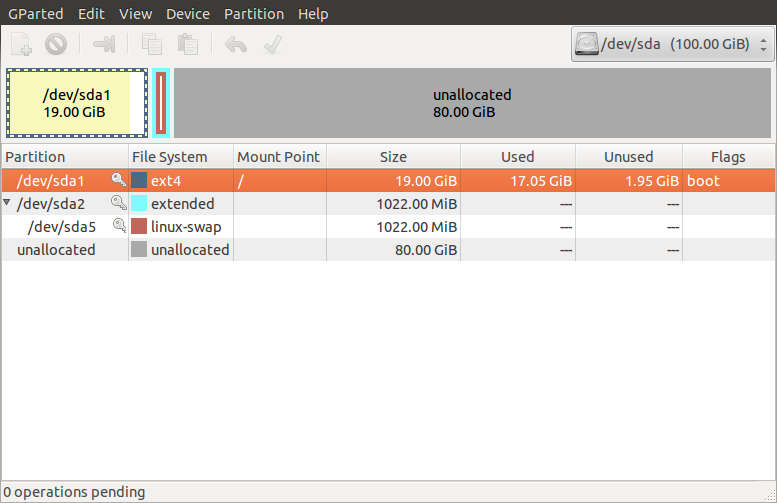 However, right-clicking on the first partition shows that Resize/Move is gray, then I don't know how to continue...

PS: this post seems to have same problem as I. If so, could anyone tell me how to Boot from the Ubuntu LiveCD under VMWare Fusion?

I have set up the following in VMWare to try to Boot from the Ubuntu LiveCD: 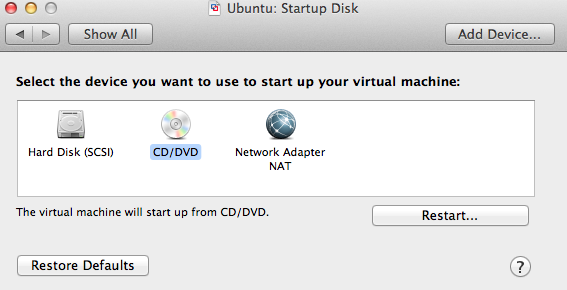 Once started, it is odd that I didn't see anything different from a boot from hard disk... Still, I opened terminal, turned swap off, and launched GParted. In GParted, I deleted the swap (as well as the whole extended partition containing it). However, I could not resize/move /dev/sda1. Could anyone help? 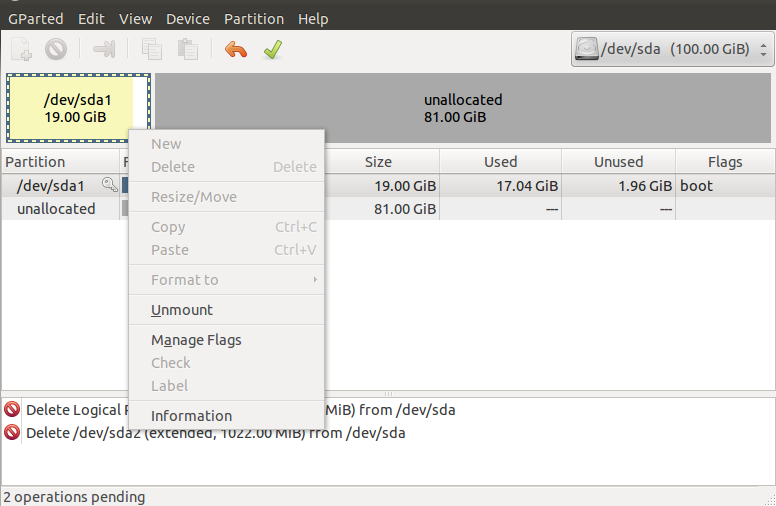 Following the comment of @Hadi , I think creating another disk is not a bad idea, a disk usage analysis shows the follows. Could anyone suggest which of my folders should be mounted to a newly created disk? 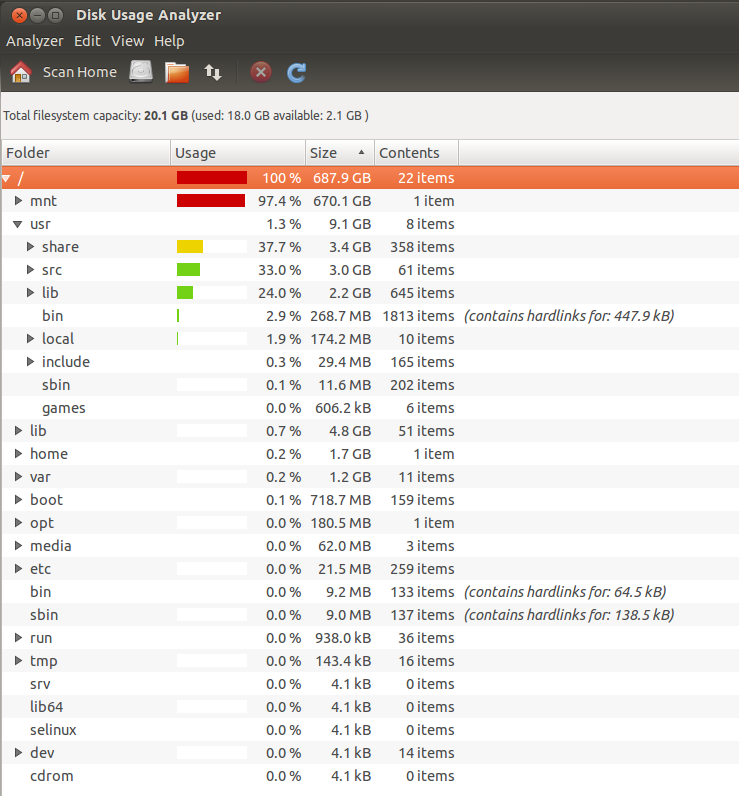 You have to boot from Ubuntu live disk.So that you can be able to resize your installed Ubuntu partition on Virtualbox.

Note: I am running Virtual box not vmware fusion.

All of above answers are right and whatever but I advise you by this:

Why should you extend your partition. You need more space Ok that's fine so you can just make another partition and move your home to.

What I mean the following:

Most user data are located under /home/... directories so what I'll do here is just create a new partition of your unallocated space and make your /home be mounted on. This has critical useful effect on your system in case of failure.

For multi-user systems or systems with lots of disk space, it's best to put /usr, /var, /tmp, and /home each on their own partitions separate from the / partition. source

First using Gparted make the new partition and format it to ext4.

Now let's know the UUID of the newly created partition.

copy the UUID of the newly created partition.

Now let's move your home to this partition

Now save and reboot then Enjoy :)

You can insert the ISO image of Ubuntu into the VMWare's CD drive, and you should be able to run a live session of Ubuntu from there.

actually gparted itself can help. When you initialize the disk/format it as linux type 8e, it actually assigns /dev/sda3 as disk id. Then you can use " fdisk /dev/sda" to see and list it.. Rest is easy, extending the volume group to see the disk, with vgextend, lvdisplay, pvextend ...

If you just want to have more space, no matter whether by increasing the size of an existing partition or by creating a new partition, you can simply create a new partition and mount it.

You can use gparted to create a new partition, for example, /dev/sda3 of file system ext4, out of your unallocated space:

Then edit /etc/fstab to mount automatically each time you boot the computer:

And add the following line:

Now reboot your VM, and you shall see your newly create file system:

Not the answer you're looking for? Browse other questions tagged partitioning vmware gparted or ask your own question.