Why are there so many console messages from GTK+ applications?

I tried to open Software Center using the command line

and it did work. I mean, Software Center opened and works fine, BUT, at the same time, in the Terminal window I see a lot of strange errors. How can that be? I'm puzzled.

Is there any explanation for this (and a fix for it)? I repeat, the app does open and it works fine, is only the lines in the background that show that something is not all right.

Here are the screen-shots with all the lines. 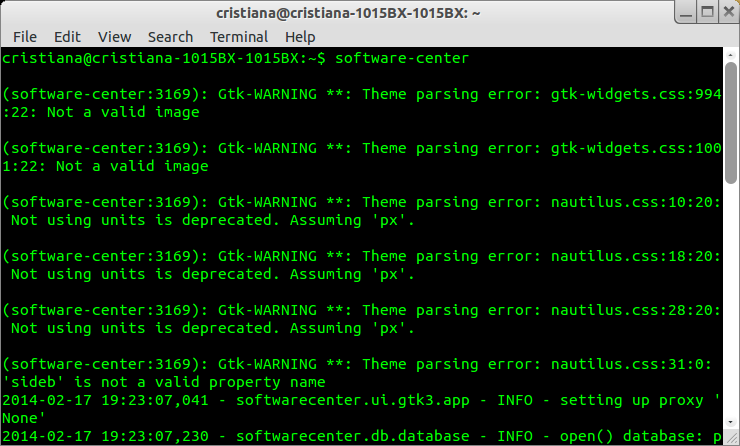 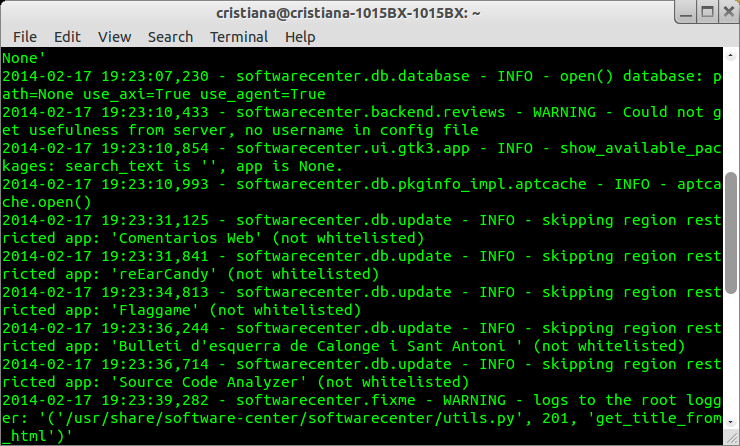 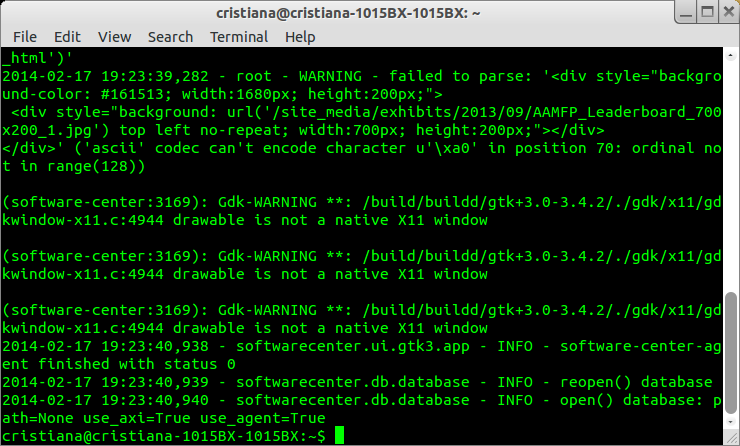 Very closely related questions have been asked before. Here are links to some of the answers:

Such messages are common with Gnome applications and do not necessarily indicate a bug. Gnome takes a dumbed-down approach to users; the intended audience won't run an application from a terminal and so won't see these messages. Redirect error output from Gnome applications to a log file if you really care, or to /dev/null otherwise.

And this is also nice:

This error indicates that the software is using perfectly valid GTK library calls with a newer version of the GTK library. Sometimes during software development it is desirable to get rid of the, "old way", to do things while maintaining backwards compatibility. This is accomplished by marking the undesired calls depreciated. This tells the developer that their code is perfectly valid in this release, but in the future their code will need to be updated to work with a new version of the library, possibly many releases down the road.

In this case, GTK wants to be more strict about including units on dimensions. It tells the developer that GTK is assuming the units are pixels, which is the exact assumption that the software developer made in the first place.

By the way, if you launch Firefox from terminal you'll may see a terrifying message like this:

In short, there's mostly no need for us beginners to launch GUI-based apps from the terminal unless there's a problem and we need to give output to someone who can understand the meaning of such output.

Of course, what you are seeing in the terminal are messages to developers. So you have two choices, either to ignore them or to open up the app without seeing them.

To do the second option try this in the command line:

The messages you see being printed to the console are not necessarily errors. Most of the ones in your screen shots are in fact, just informative, or warnings. The warnings about theme handling, are due to the GTK+ theme you are using. They are not fatal, but they do need to be fixed by whomever made the theme, and they may in the future cause greater issues if they do not get fixed.

Some of the WARNINGS that are actually from the software-center application, are really just information.

Generally, these warnings and info messages can be safely ignored.

Not the answer you're looking for? Browse other questions tagged command-line software-center or ask your own question.

2
How do address these WARNING's when I open firefox from the terminal?
0
GTK warning on using gedit command
1
Why am I getting GLib errors when I launch Firefox?
15
A lot of `gtk-warnings` in terminal. Is this serious?
9
Warnings while launching gedit from the Ubuntu terminal
6
Keyboard Shortcut to Rename File in GUI (Other Than F2)
11
Gtk-WARNING **: Calling Inhibit failed: GDBus.Error:org
2
What Is The Difference Between "root", "user", "group"?
4
gtk-warning due to theme tweaking harmful to my stability or not?
3
Fontconfig warning
See more linked questions