I followed the steps given here . 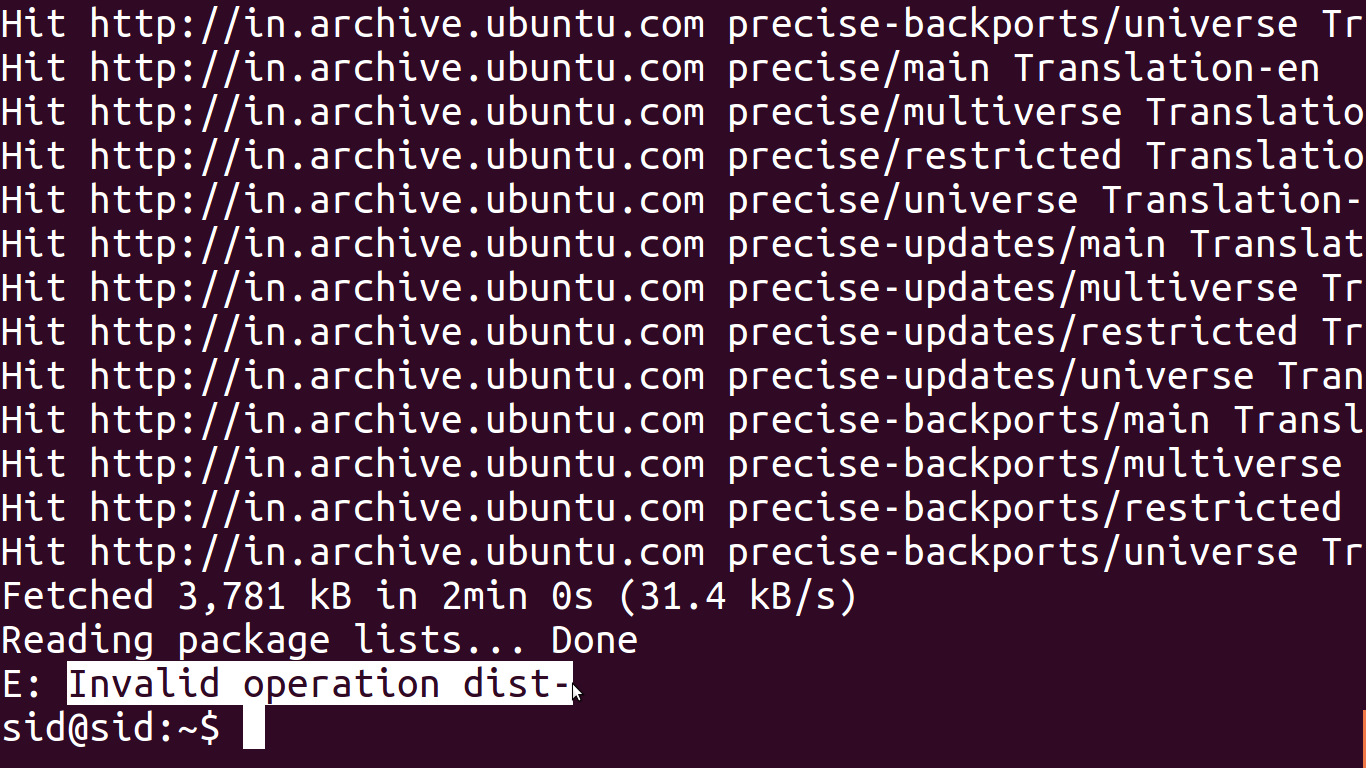 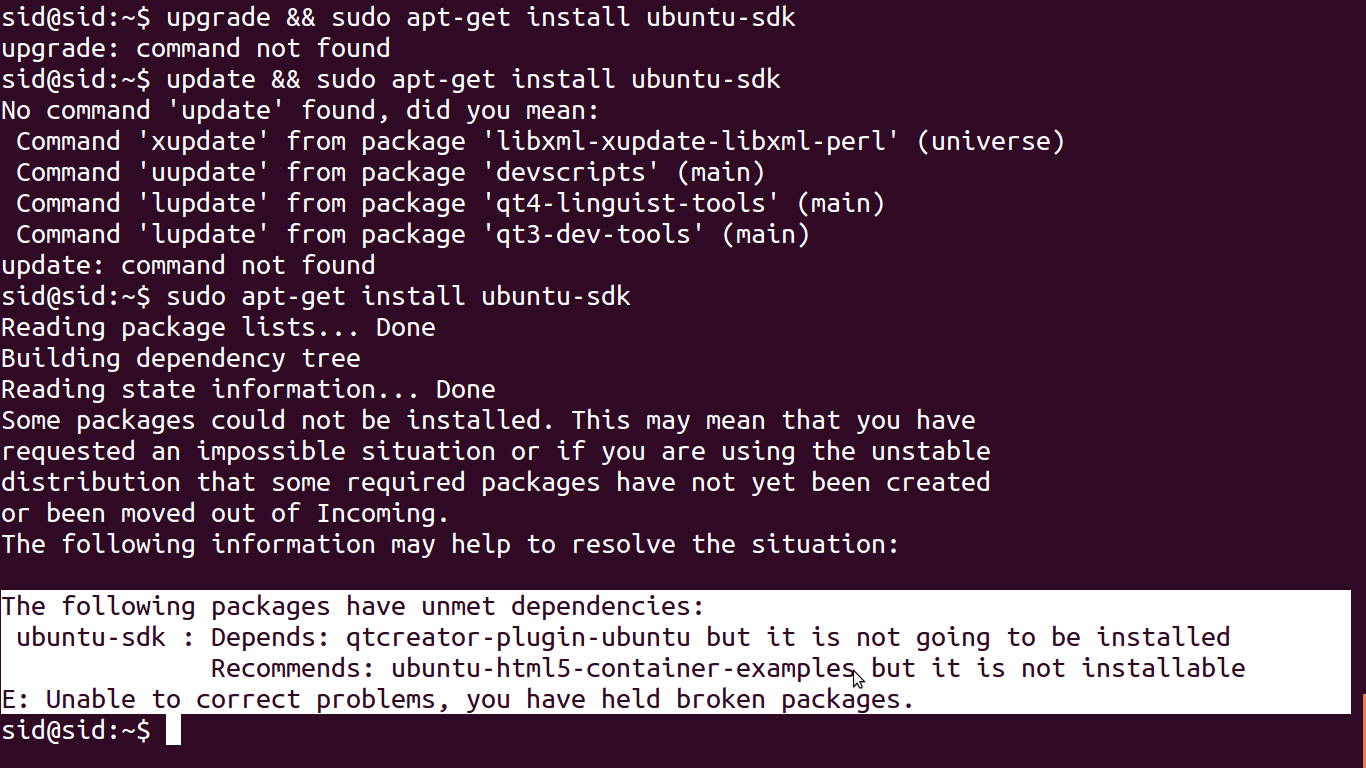 There's only one step:

Well, actually there are four, joined together with the && operator. You could run each step separately, but you can't divide them in the middle of a command, as you did.

The first two steps probably executed correctly and the third isn't strictly necessary. The errors you were getting on the fourth are probably due to the fact that the SDK team PPA is currently broken, as they just announced on the install page.

A day later: The problem with the PPA is apparently fixed. Try refreshing your package list (sudo apt-get update) and running the install step again.

Not the answer you're looking for? Browse other questions tagged 12.04 application-development package-management ppa ubuntu-sdk or ask your own question.