I have ubuntu 13.10 and I have problem with my gamepad

I have gamepad that have buttons all messed up can I Disable some buttons?? That My joystick does not have.

So here is how it looks 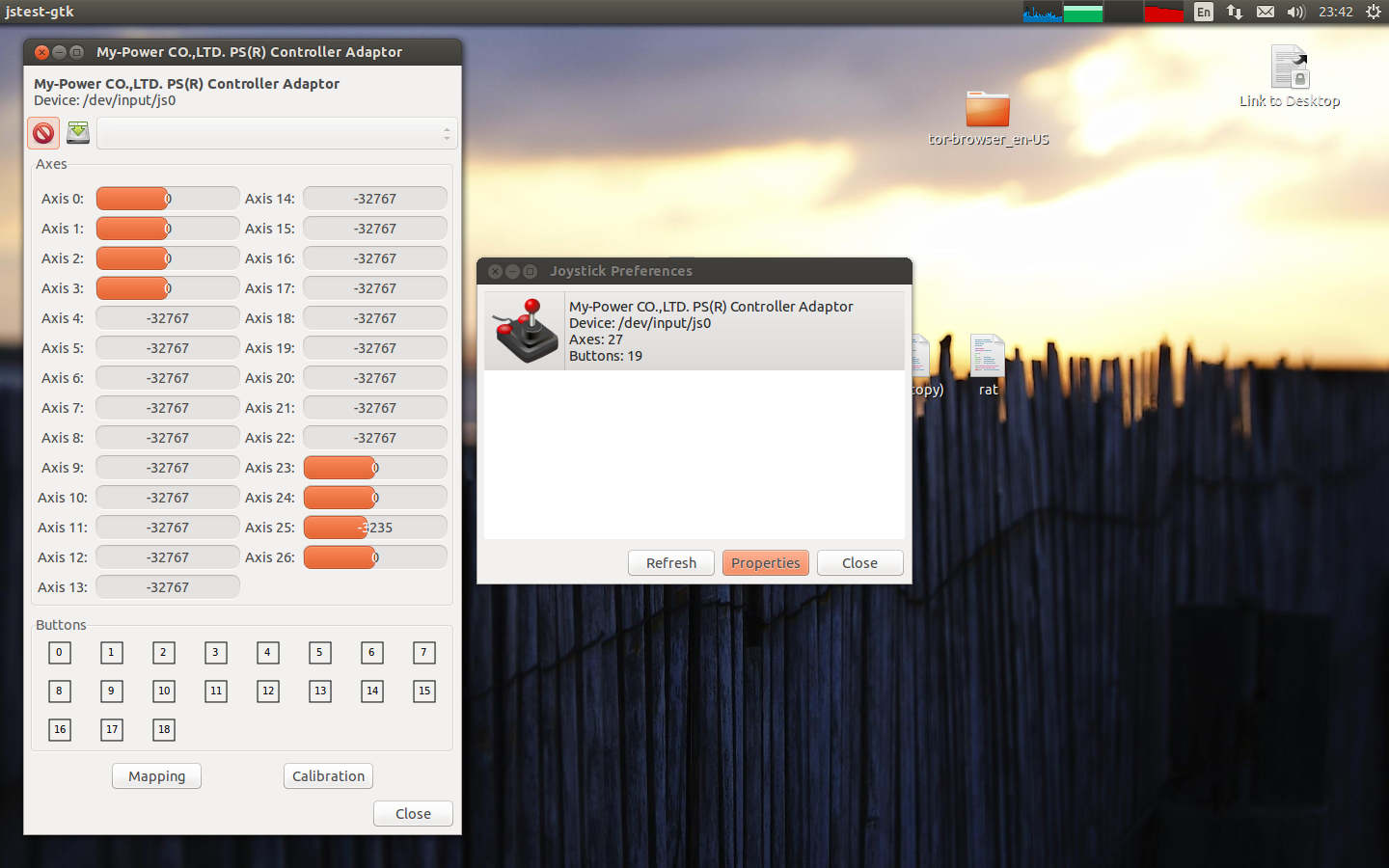 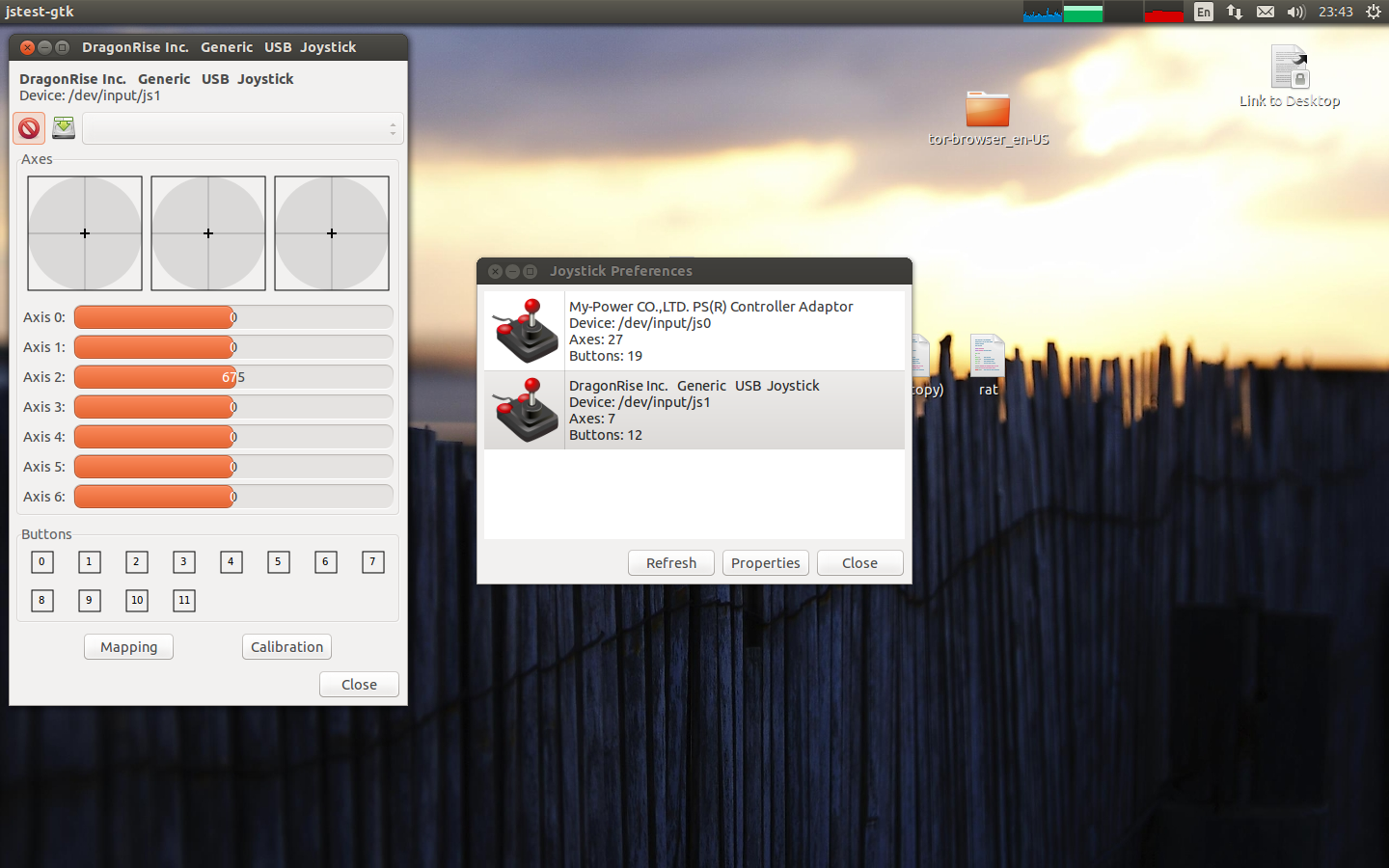 Any ideas how to make it work or just disable some buttons that my joystick does not have and the software thinks I am pressing??

You can reorder the buttons and axis with jstest-gtk or jscal, however those changes are only visible to games using the old Linux joydev interface, most modern games use the evdev interface which doesn't allow any direct configuration. For games based on SDL1 you can however force the use of the old interface with:

But this only works for a single joystick, the second one is ignored.

With SDL2 you can configure your joystick directly, it's a bit fiddly doing it manually, but you can do it via Steams BigPicture mode and it will automatically pass on the configuration.

It's also possible to create a cleaned up virtual joystick via the Linux uinput interface. xboxdrv is one tool that allows that, see the man page section EVDEV OPTION. Keyboard/mouse emulation is of course also possible.

Not the answer you're looking for? Browse other questions tagged gamepad joystick or ask your own question.

2
How to disable slider on game pad?
6
DragonRise USB gamepad not working
4
Alternative to QJoyPad
3
Disable power-off button on NVidia Shield controller (joystick) in Unity
0
run bash scripts via a gamepad/joystick on ubuntu-server?
2
Bluetooth not working at all after I made some changes to pair with PS3 joystick
1
Why does my XBox 360 Controller not work with Ubuntu 18.04?