I've been using Ubuntu 13.10, a dual-boot option using the Wubi installer. About 2 weeks ago, I wiped the HD and installed a standalone version of 13.10, all was well for the first week... But now I have mysterious directories appearing in the Home directory, and sometimes the HD appears to go into flurries of constant activity indicated by its activity light, and whilst it is reading/writing constantly it doesn't sound as busy to the ear as a HD being worked to the bone.

I removed the first directory to appear from Home to the Trash bin, and immediately ran into problems where I couldn't access the Trash bin, couldn't Empty, and couldn't Restore. The entire system also slowed to an unusable snail's pace.

Nautilus is unable to access the Trash bin, and pops up a 'Preparing' dialog box which just hangs/doesn't respond.

Bleachbit also hangs/stops responding when run as a regular user, but will run properly when run as root.

I used Terminal to list the contents of the Trash bin, and moved it to the desktop using the mv command in terminal, I then dropped it back into the Home directory where it originally appeared.

Except now another mysterious directory has appeared, also in the Home directory, and again I have a constantly active HD and a system which is slowing down once again.

The only change in the last week (when this problem started) has been the installation of XBMC, but I'm not certain that the problem(s) are linked to this installation.

I've tried a search, but not found any other Q's which strictly seem to describe this problem, unfortunately.

Hopefully somebody can help, before I end up with a system which is unusable. :(

Here's an image showing the two directories which have appeared so far, and seem linked to the system slowing down. 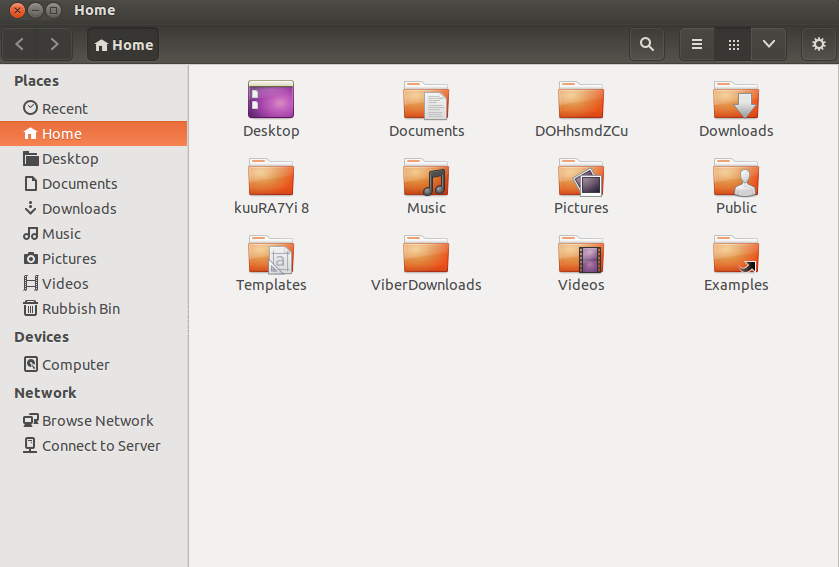 Here's the contents/results of trying to access these folders. 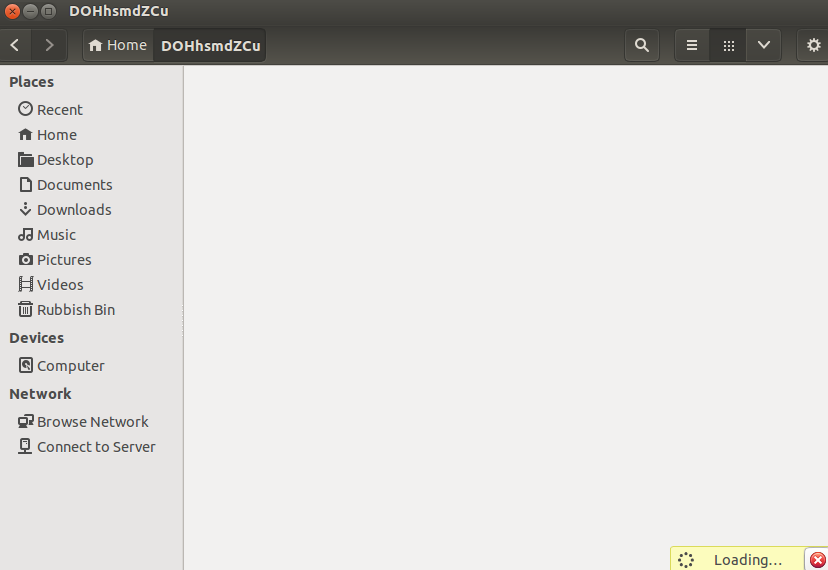 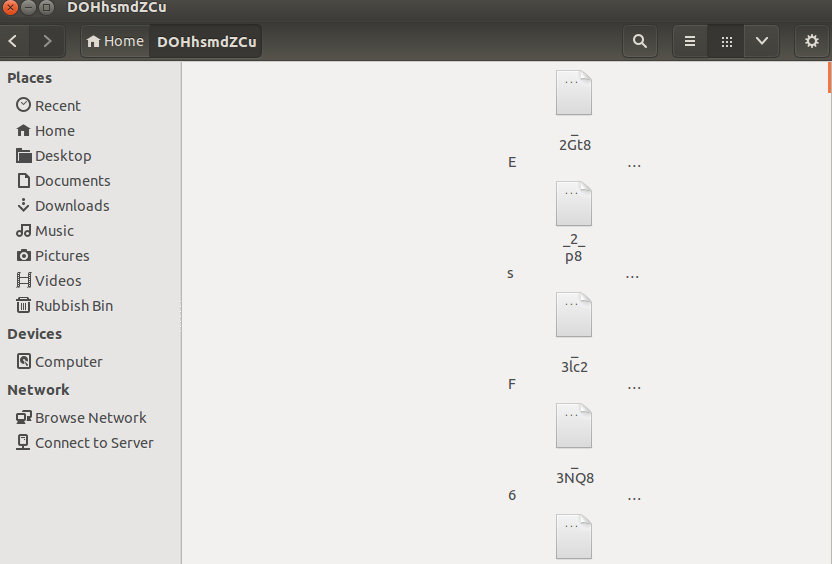 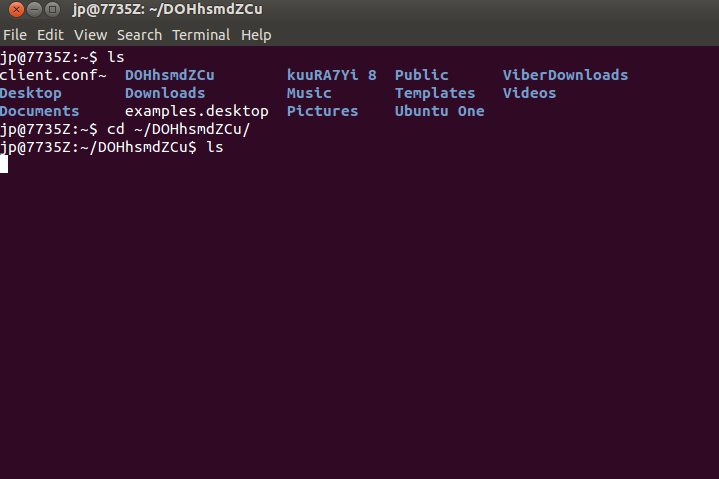 I've discovered it's Nautilus is causing the HD activity and system slowdown, but only when left open with the Home folder displayed, click to any other folder except the 2 unidentified ones and it stops accessing the HD and taking up processor time, screenshot below. 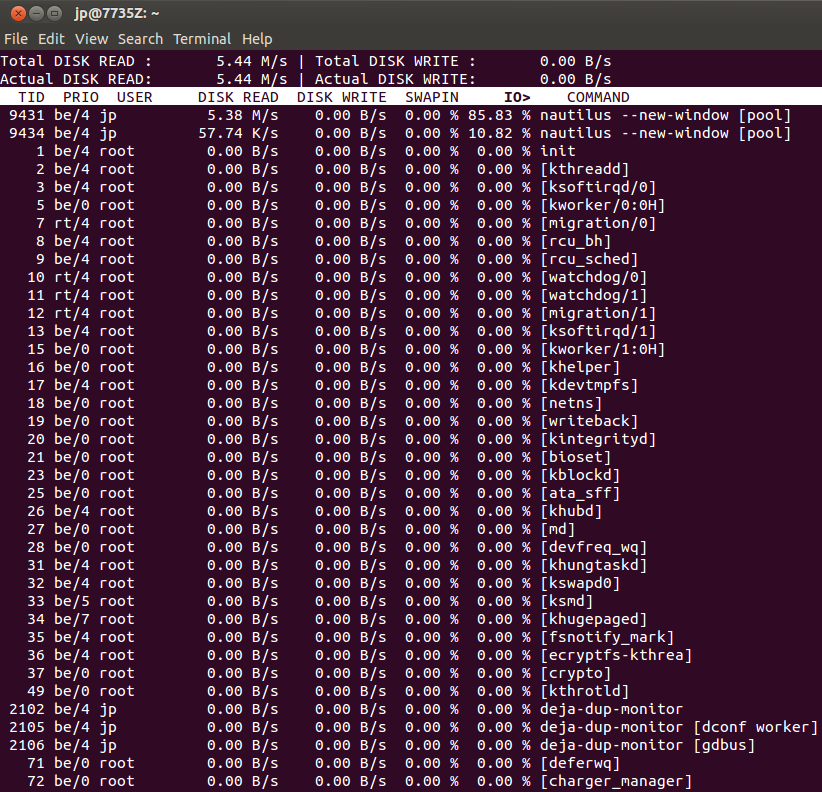 To find out what is causing the HDD activity install iotop and check which program is causing it:

Also check with ps aux for suspicious processes. If you find a process which you think is suspicious of causing the appearance of these directories, run lsof -p PID where PID is the PID of the suspicious process. This will list the open files of that process, check if it has a file open from that directory.

Not the answer you're looking for? Browse other questions tagged command-line nautilus home-directory delete trash or ask your own question.

2
How to remove a strange-looking directory

2
Is there a Trash explorer to explore and restore .Trash-$uid contents?
1
ubuntu home folder add items
1
Are the /root directory contents the same as my main user if there's only one user on the system?