Kernel Panic - not syncing: A hardware or a software issue?

When I try to start my PC I can hear the CPU fan spinning up then turning itself off before again spinning up, repeating itself. Nothing is visible on the screen. Disconnecting the power plug and pressing the power on button to flush the system of residual charge sometimes helps avoid this problem and about 1 in 5 times I am able to boot the system.

Once the system is running it usually crashes within 2-6 minutes. See attached image for error(s): 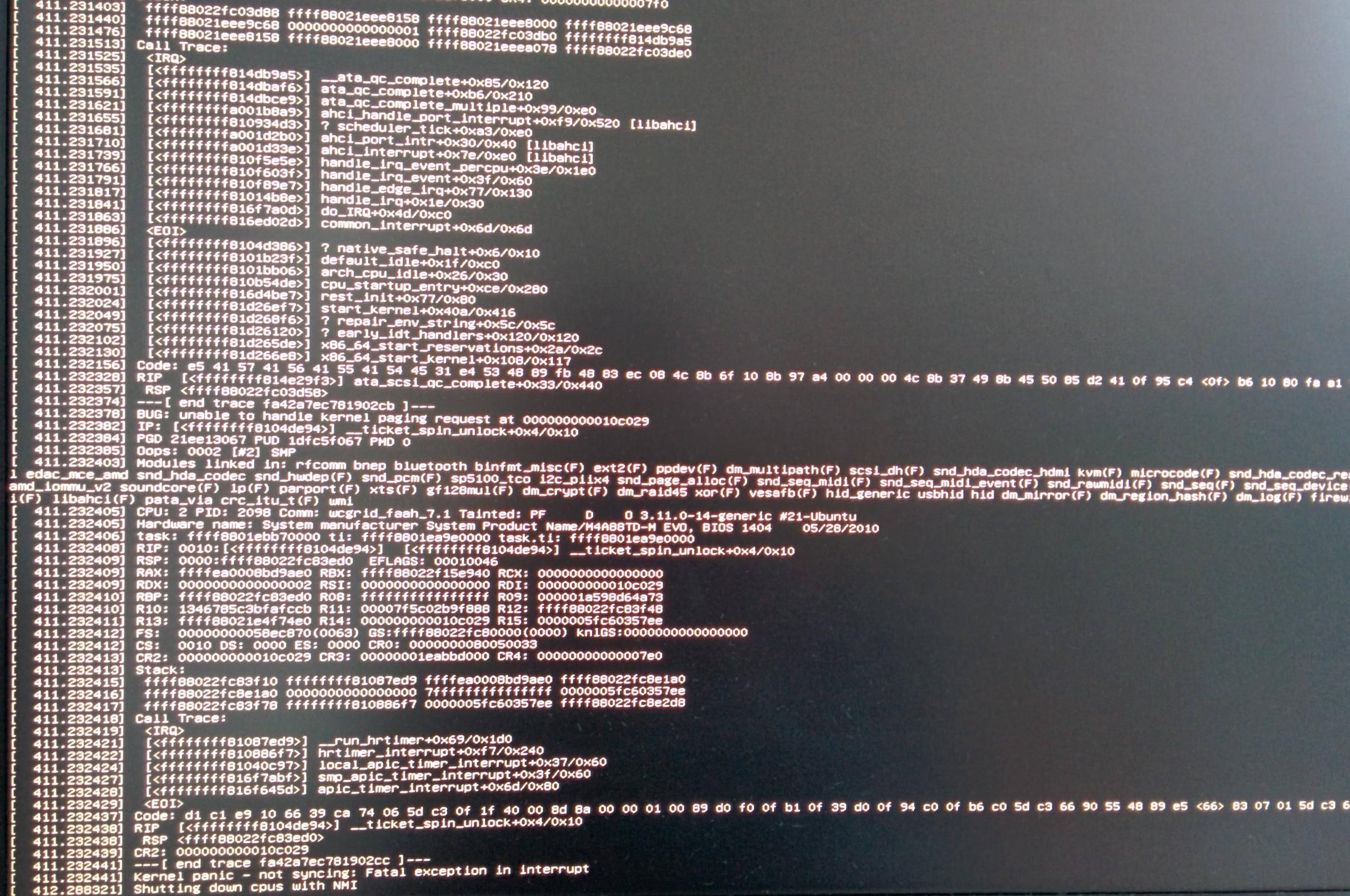 Is this the sign of a faulty motherboard, as the PC has problems starting? Is there other hardware which could be failing?

Side note: A few weeks ago, the problems were not too severe and the computer would only crash after an hour or two so I was able to do an upgrade, thinking this would help. Having tested my PC under Ubuntu 13.04 and after upgrading to 13.10 (currently installed) the problem still persists. I have also tried various kernels to no avail.

The issues exist even if I don't log in to graphical mode (Ctrl + Alt + F1). Any help is appreciated.

After sequentially removing hardware components and checking the RAM thoroughly for errors (with Memtest86+), I found that if it was a hardware issue, it had to be either the Motherboard or CPU. I suspected it might have been a hardware issue, as the problem persisted after an Ubuntu upgrade. Since the PC had problems starting sometimes, I had a hunch it was the motherboard.

I therefore purchased a new motherboard and installed it. My PC has been running for a few days now without a single crash. This has lead me to believe that the kernel panic was due to a faulty motherboard.

Not the answer you're looking for? Browse other questions tagged kernel hardware or ask your own question.