Toshiba Satellite P870 (has multiple compatibility issues already, including touchpad not working and no control for keyboard backlight. I believe many of the problems may have to do with the bios, since this was a Windows 8 machine and problems persisted even on Windows 7).

On Ubuntu 12.04, as you can see on the screenshots provided below, at random times, when I scroll down or up, the image and placement of objects on the webpage will go crazy. And when a new window opens, almost everything in the webpage will go black, sometimes fixing itself if I scroll very fast up or down. This started recently. 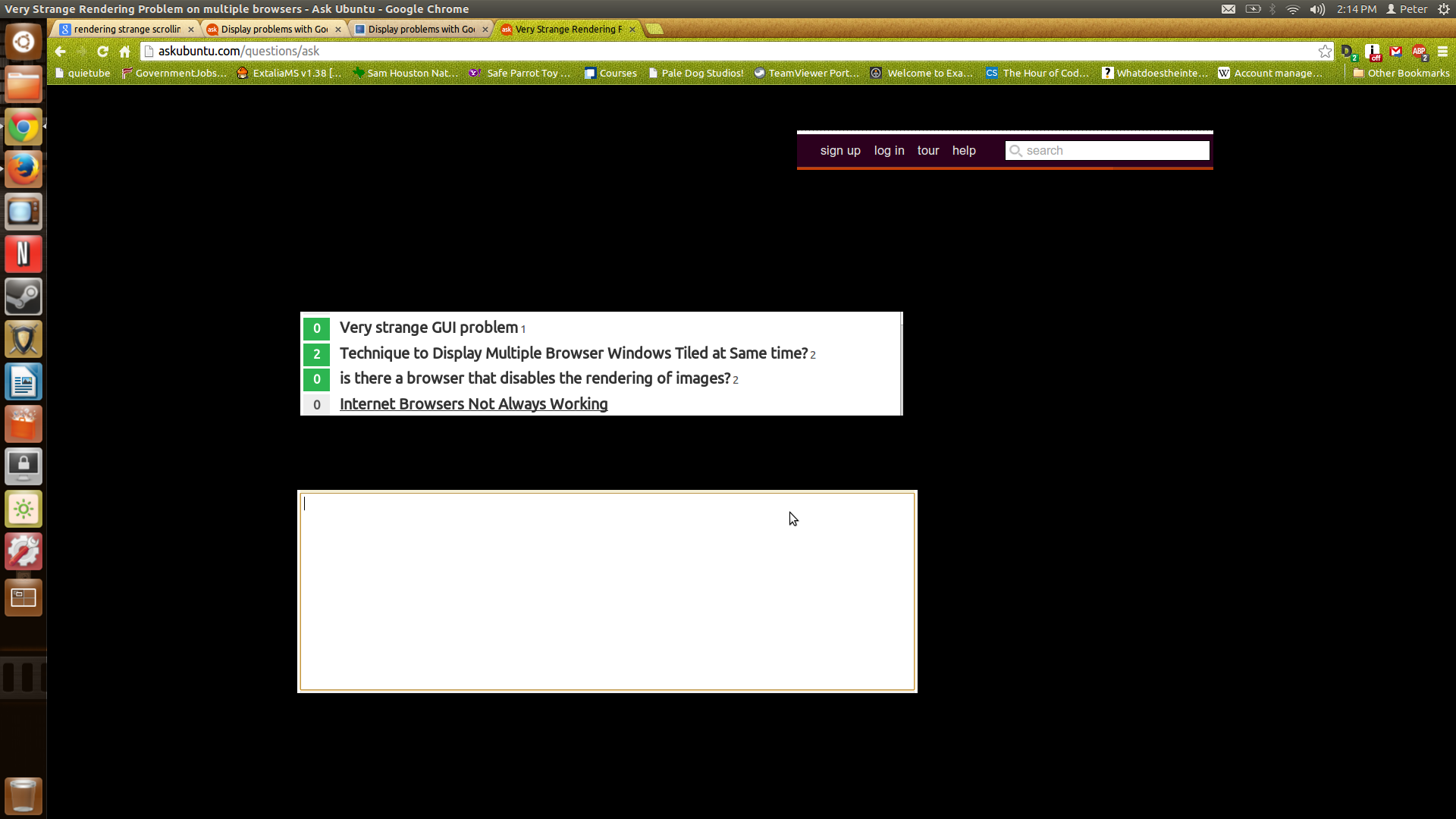 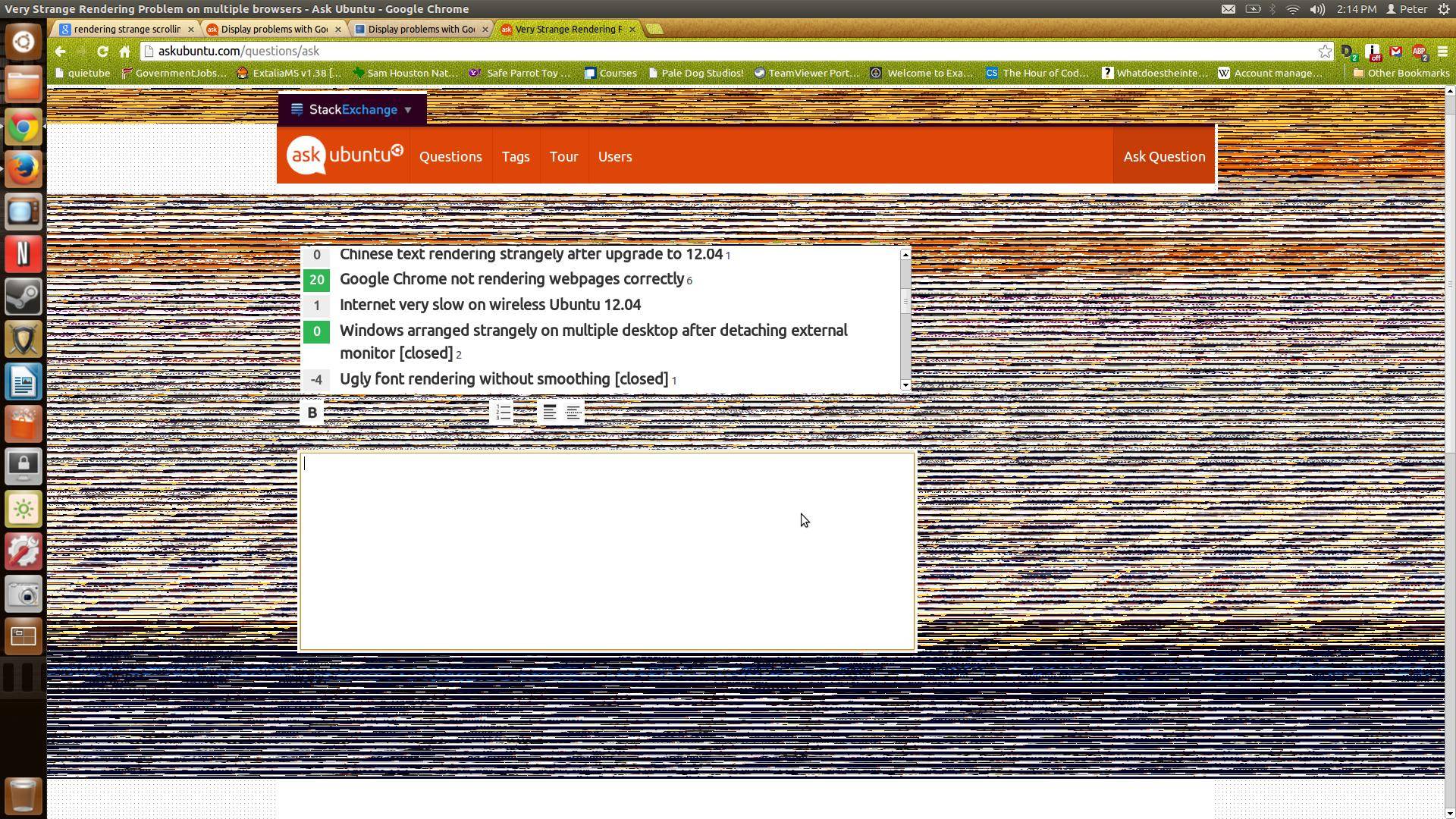 It started in Chromium. Thinking it was the browser, I uninstalled it and installed regular Chrome from Google. But about 3 days later it started to occur in Chrome as well, so I just simply started using Firefox on anything non-Google-related, and Firefox was working fine.

Yet a week and a half later, Firefox started having the same problem. Now, I downloaded Opera to test it out, see if the problem would show up there too, and it did.

Not only that, but on Chrome/Chromium, at random times as well, if I make a video fullscreen, then exit out using either the Esc key or the digital one (happens more with Esc though, the video will keep playing, but the screen will go entirely solid gray, and my laptop becomes completely unresponsive to any keyboard commands, forcing me to do a hard reset.

So seeing how this is happening in multiple browsers, I'm guessing it's my laptop, but have no clue what it could be as every other program does not have this issue. I think it might also be related to the issue of my splash screen asking for my login password not appearing sometimes.

(I have more screenshots of other issues as well.)