I recently installed 13.10 on my Lenovo T430 laptop, which is closed and attached to a dock (not a port replicator, a dock).

Before, I was using Windows 7 and occasionally booting into 12.04, and everything was working perfectly - I have three monitors attached to the dock and they were all working.

I did a clean, fresh install of 13.10, and now only a maximum of two monitors work at once. When I try to enable the third monitor, I get the following error:

gdbus.error:org.gtk.gdbus.unmappedGerror.quark._gnome_2drr_2derror_2dquark.Code2: could not set the configuration for CRTC 65 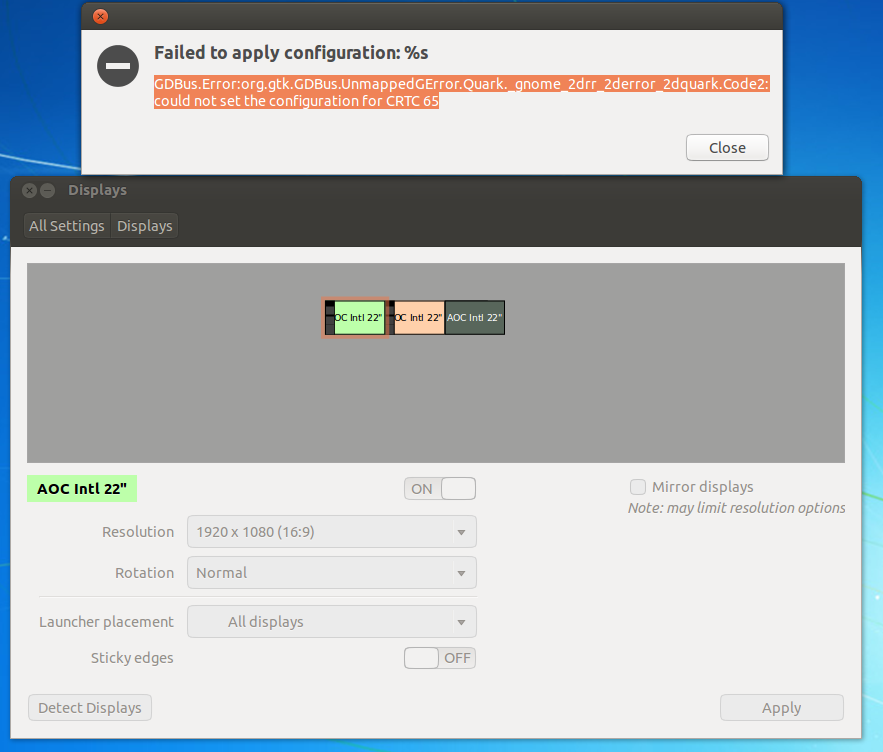 I tried plugging the monitor into a USB to DVI adapter, but nothing happened - the adapter was not recognized and only two of the monitors showed up in Displays.

I have done some research and everyone refers to xorg, but I have no clue what that is or how to properly screw around with it.

The only thing I tried was installing nvidia-common. This caused my laptop to boot into a black screen, which was only fixed by removing it.

Any suggestions for getting all three monitors working at once?