This is probably going to sound really strange but I was probably one of the few people who didn't have issues with Ubuntu 11.04's Unity. It ran great for me, it was super fast, and I thought it looked superb.

I've already done a little bit of Googling and apparently it's impossible to install an old version of Unity, so I was wondering if there was any form of hack to at least bring back the old styling of it (an actual menu bar button instead of the dock icon) 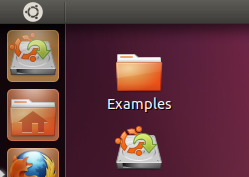 In theory I could just use the older version (which is what I'd love to do, I loved Natty. Plus it's some nostalgia as it was my first version of Ubuntu) but then I'd be missing out on ALOT of different updates/less security, etc.

Is it possible to at least bring back this button?

The system may be unstable, but this is what might work:

If this does work, your system may be unstable and programs are going to crash a lot. However I could be wrong and installing older Unity could be completely fine. If there are problems when installing, you might have to sudo apt-get remove unity-*in case some supplemental package isn't deleted from uninstalling.

EDIT: Reading your post again sounds like you found out from searching that what I thought would work didn't, but only you know

7
Will upgrading to 11.04 destroy my current desktop settings?
13
How can I bring gnome sticky note back in unity?
3
Installed Ubuntu 11.04 and now have no frames and/or panels
10
Browser's back button hidden by unity launcher
22
Is there any tweak to bring back emblems in Nautilus?
2
Determining which update caused 12.04 to stop working in VirtualBox
0
14.04. Unity gone. Tried everything in the forums. Nothing will bring it back