I'm currently using Ubuntu 12.04 64-bit. After installing all available updates for my system, and a reboot, the following error message shows up:

I couldn't run any commands, and the system didn't respond to Ctrl + Alt + Del. But if I pressed the power button on my computer the system responded and shutdown the system successfully.

After powering up again, the only sign of life was a blinking underscore. Lucky me, I had a backup that I restored. I understand that it's probably the Nvidia drivers that's "broken". So, after restoring my backup, I'm willing to make a successful system update, and preferably without needing to restore my backup.

About a year ago or so when I installed Ubuntu on my computer, the Additional Drivers Windows looked like this: 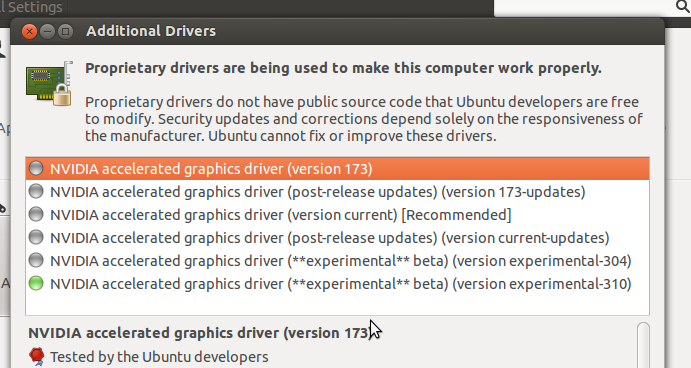 I installed the Recommended version. Now, a year later, my Additional Drivers windows look like this: 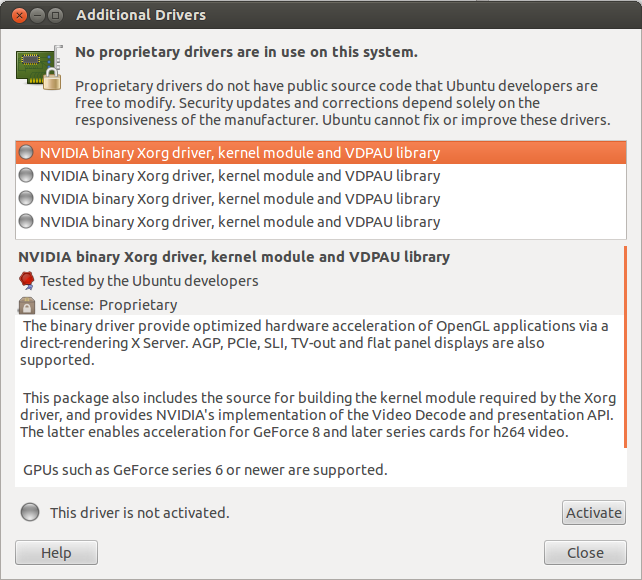 The bottom two is identical, while the top two are two different versions, 304.108 and
304.88. Here's the description of the four different drivers: http://pastebin.com/j2RD1mD4

The latest driver according to the description(s) is number 2.

What should I do? Or more like, what would you do?

Should I install all updated except the Nvidida ones, or should I try to install the latest one from the Additional Drivers, or what?

The ultimate would be to have the latest Nvidida drivers installed, together with a fully updated system.

The following Nvidia related updates is available in the Update Manager, and one/some of them is probably the reason why the graphics is malfunctioning. 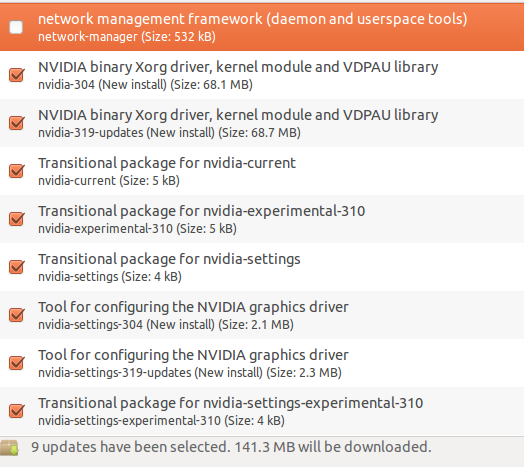 Now you are using the tty terminal console

Now stop the lightdm(dgm or whatever) using the command

Then install the new driver with

Not the answer you're looking for? Browse other questions tagged 12.04 drivers nvidia video-driver or ask your own question.