hi I am a user of Samsung Galaxy Note 10.1 and I just have seen an app "Ubuntu for Android" I have Android 4.1.2 in my Note. Please tell me if I am able to use both Ubuntu and android in the tablet(like a formatted desktop which can use various OS at a time) and if it is possible please try to tell me the process 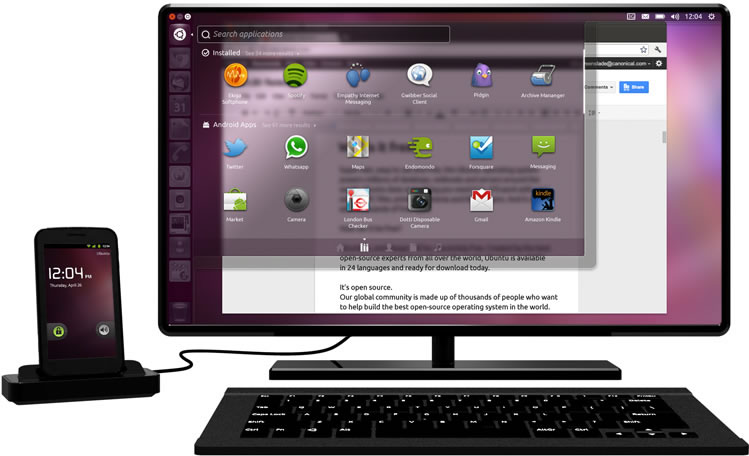 So I assume what you expect is the Ubuntu For Phones :The Mobile OS of Ubuntu.

I don't think Galaxy Note is ready for dual boot.
If you want an Ubuntu only tab, read the following.
Developers are trying to make the Ubuntu Os for a variety of devices. Samsung Galaxy Note is still under testing. Following are the current status. 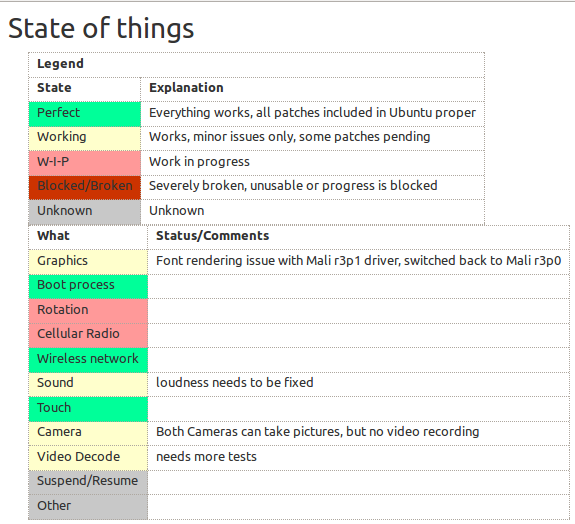 What is not working?

PS: The Rom will now build daily. Be sure that you use the latest daily rom with latest ubuntu daily.

Not the answer you're looking for? Browse other questions tagged samsung ubuntu-for-android or ask your own question.

4
How to sync a Samsung Galaxy Pro with Banshee?
2
unable to login to ubuntu one files with samsung galaxy tab
15
How to make possible to install Samsung Kies?
2
How can I make Samsung Note 10.1 dual boot with Ubuntu
1
No USB tethering possible with Galaxy S3
1
Can I install Ubuntu on a Samsung Galaxy Fit?
1
How to transfer files from Samsung Galaxy?
0
Ubuntu touch on note 10.1 (2014) WITHOUT rooting