I have a new issue to report. As of this morning, on startup, my entire Ubuntu system looked a little different. What I discovered was that my Unity Launcher had reset to their primal defaults (i.e. files / firefox /libre writer/ amazon/ etc). Second issue I notice was that none of my settings applied to the Unity Tweak Tool no longer work. Hot Corners are no longer activated, animations are re-enabled, and many other settings I have disable upon install.

Now, granted, I have no time today to do clean install, but that seems to be the only solution thus far. Unfortunately, this would require hours of backup and other tedious notes for all software that leads me to not want to resort to that solution.

I've browsed Ask Ubuntu as well as Google, and this issue has yet to arise for this flavor of Ubuntu. What is bothersome is going to Compiz Config has Unity Tweak Tool available but no check box? Also, when trying to select the checkbox within its selection reports conflicts with a variety of commands.

If anyone has any solutions, I would greatly be in your favor!

As requested by Seth, here is the output output of apt-cache policy unity-tweak-tool:

Moreover, when I call dconf watch / on terminal -absolutely no results are echoed when I either change items in my system preferences nor my unity tweak tool: 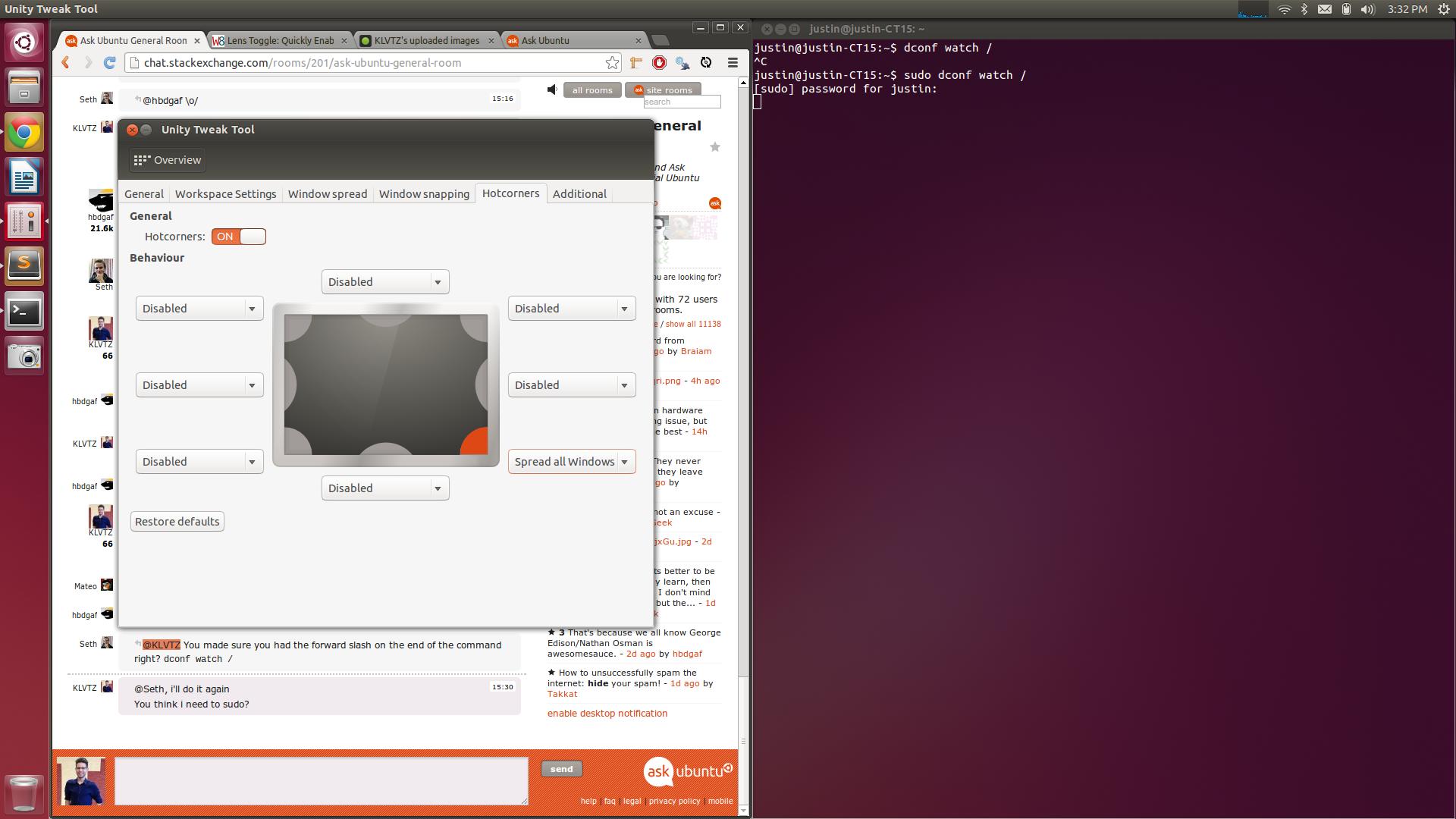 There is a ppa for calibre in which I notice that it threw an error for an amd64 binary -similar to the amd64 package above. Could these two errors be related to a bigger issue wihh amd64?

Browse other questions tagged unity gnome launcher unity-tweak-tool or ask your own question.

0
unity-place-filesearch doesn't seem to work
0
I have a red triangle appears at the top. why?
1
Error while building Unity 8
2
Unable to reinstall unity-2d on Ubuntu 14.04 desktop LTS?
0
Unity Tweak tool not launching from terminal or launcher
0
Unity Tweak Tool - Schema missing