create a custom launcher for Eclipse 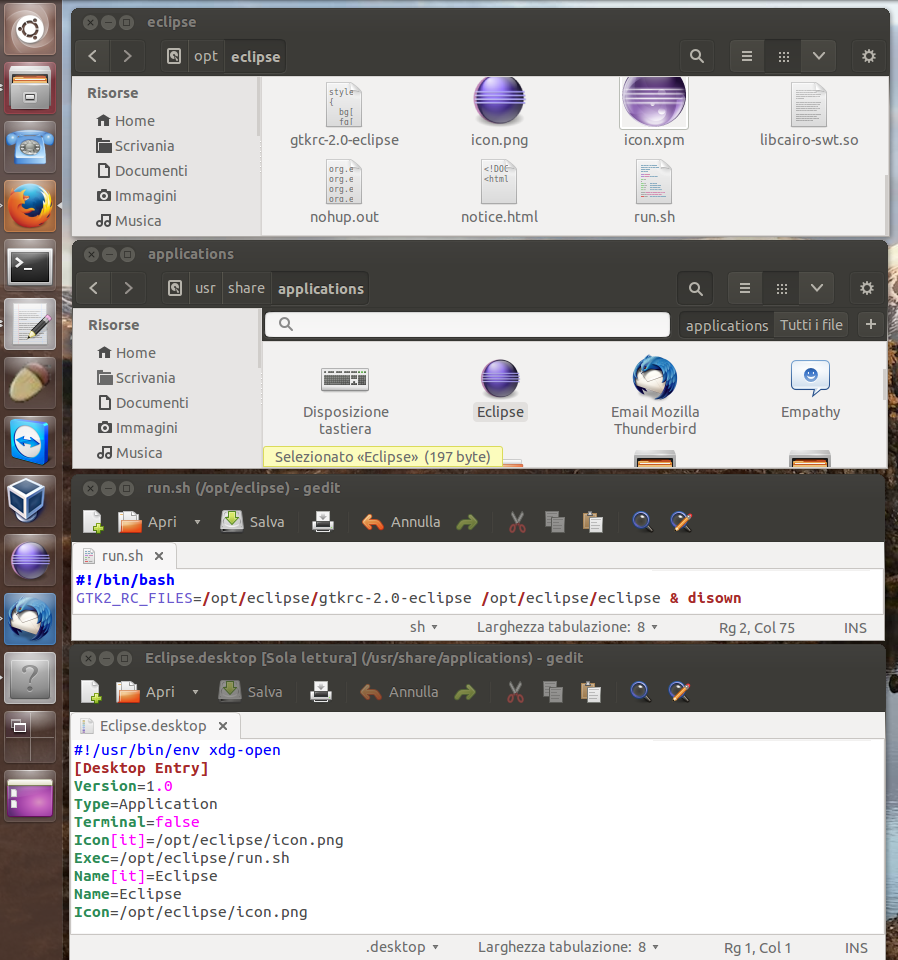 Double click on Eclipse.desktop from file manager works but adds a new launcher with grey "?" icon. Eclipse is managed by the new grey launcher, not mine.

I can't just block and use the "?" launcher because it opens eclipse directly while I need to run my command.

I followed the following steps:

Hope it's all clear. How can I make my custom launcher work as expected or, at least, make the grey one run my command?

Edit: Following the Sushantp606's instructions I got the launcher work, but the grey laucher still opens when I run eclipse. Then... I looked for eclipse launchers with

I changed the Icon in both with the right path and now the launcher with grey icon has the eclipse icon as expected. So dropped the one I've created.

After your first step make a link by using -

paste the following lines as it is-

For custom theme make the file in home as-

and paste the information of theme.

now search for eclipse in dash, drag it to unity launcher . done.

with Eclipse 4.4 (Luna), I found that simply moving the unzipped Eclipse install from my home directory to /opt was sufficient for it to appear on the Launcher.

Not the answer you're looking for? Browse other questions tagged unity 13.10 launcher eclipse or ask your own question.

0
How to open a desktop shortcut from commandline
0
Eclipse installation error
3
Custom VirtualBox Launcher in GNOME 3
3
Adding my launcher to the Unity Launcher automatically. How?
2
How do I run Eclipse Oxygen from Desktop Launcher?