Swap on Ubuntu: No primary partition

I am running Ubuntu 13.10 64bit on a system with 4GB RAM, dual booting with Windows

Most people say that it is good to have swap on a system, and results in speed, so I used it with my previous Ubuntu installations.

In my new HDD, I use 3 primary partitions: 1 for Windows OS(ntfs), 1 for Ubuntu(ext4) and 1 for data(ntfs). I did this so that any crashes in an OS would not cause data loss 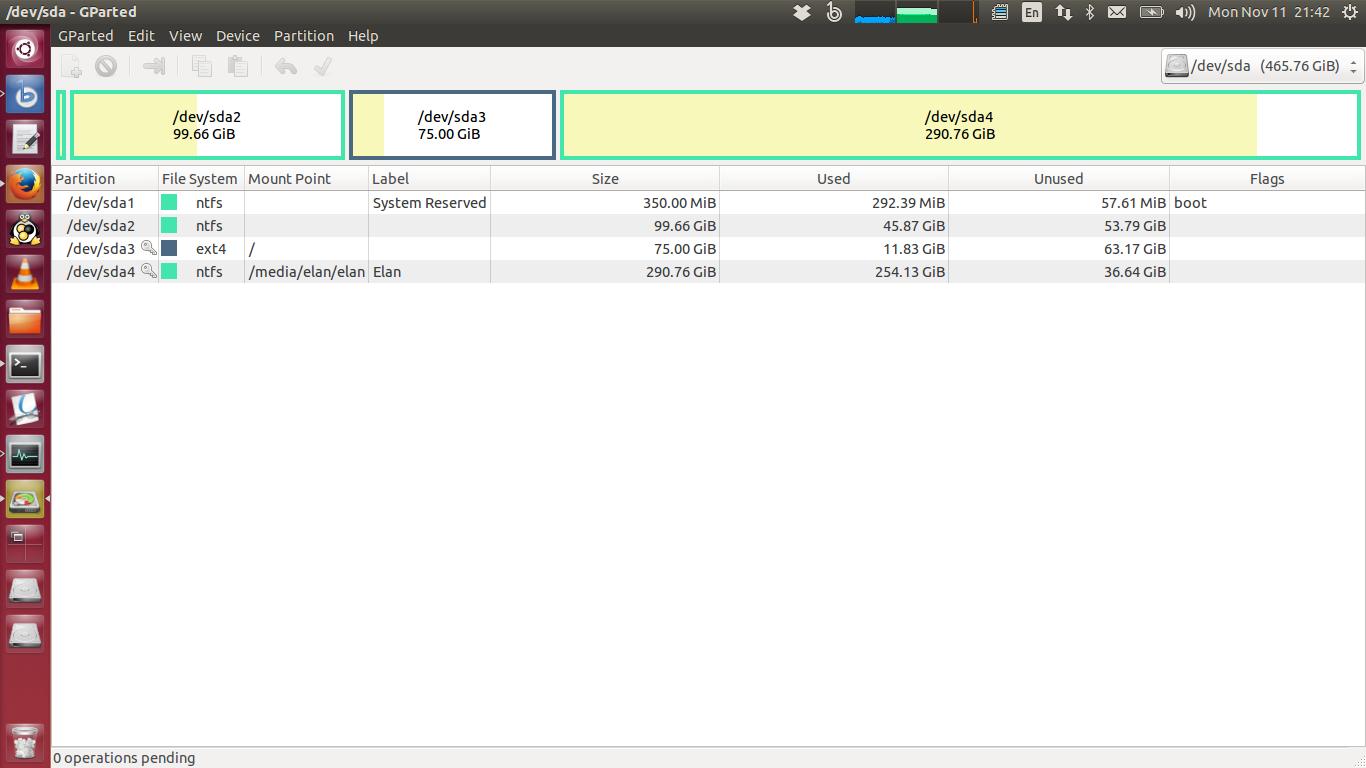 How can I create swap in my current setup?

First, swap space doesn't generally result in significant speed increases. Swap space is used when RAM fills up, so it enables you to run more programs in a limited amount of RAM. Because disk access is slower than RAM access, by the time you need swap for this purpose, your system's speed will start to decline. Swap space is also used by suspend-to-disk operations, and for that purpose, you need at least as much swap space as you've got RAM. (That said, because Linux uses RAM for disk caches, putting little-used data in swap space can result in more disk-cache use, which can increase speed just a little, so there can be some speed benefit to having swap. I don't have any benchmark data handy, but AFAIK this effect is usually pretty small.)

Second, you can convert partitions from primary to logical form with my FixParts program, which is part of the gdisk package in Ubuntu. See the FixParts Web page for more information and documentation. You may need to resize at least one partition using GParted to make this conversion, but you'd need to do this to create new partitions anyhow, so that's probably not too big a hurdle.

Finally, the 4-primary-partition limit applies to the older Master Boot Record (MBR) partitioning system. The newer GUID Partition Table (GPT) system has a limit of 128 partitions by default, and that value can be raised. GPT doesn't use extended or logical partitions. My hunch is that you're using MBR, since if your computer is booting Windows from the disk you show, it would need an EFI System Partition (ESP) to boot from a GPT disk, and your screen shot shows no hint of such a partition. Thus, I don't think that this paragraph really applies to you. I mention it on the off chance that your screen shot is incomplete or misleading, and for the benefit of other readers with a similar question who might be using GPT.

You can check this link: https://askubuntu.com/questions/9092/importance-of-swap-partition

Not the answer you're looking for? Browse other questions tagged dual-boot partitioning 13.10 swap or ask your own question.

199
How do I add swap after system installation?
34
Importance of Swap Partition

1
Is there any possible (and simple) way to delete my Windows partitions and extend my Ubuntu partitions?
1
Can an exisiting swap partition be merged into a new partition as a logical volume?
3
Installing Ubuntu with "something else"
2
I can't create both Swap and Ext4 partition
2
How to partition for Windows/Ubuntu dual boot on same SSD
9
How to create a swap partition if I already have 4 primary partitions?
0
How Do I Dual boot Windows After Ubuntu in Legacy mode GPT paritition Table?