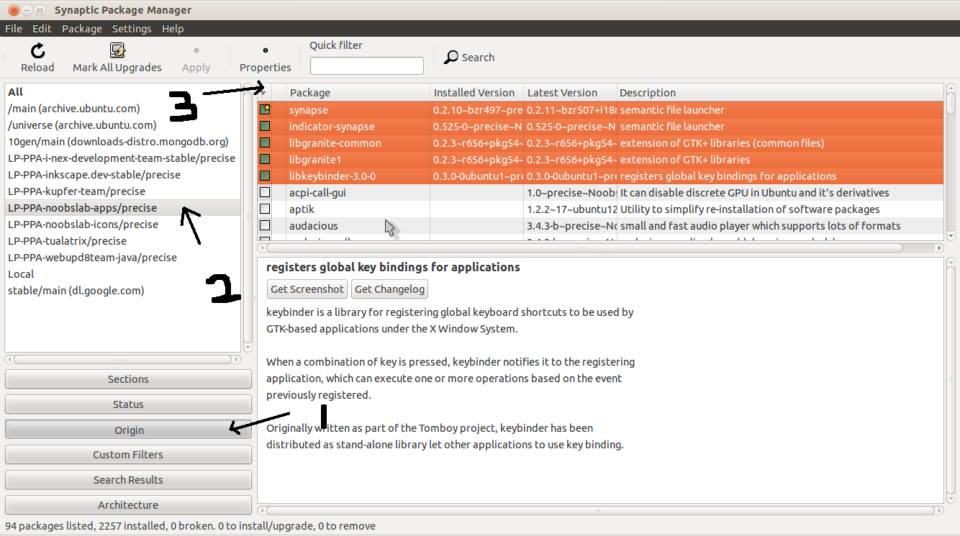 1
How to remove a repository and all it's installed programs?
1522
How can PPAs be removed?
4
Why do I keep getting 'failed to download' error whenever I try to download anything from the terminal?
5
Uninstall Netflix Desktop?
3
Need to resolve a dependency error: libc6 : Breaks: locales (< 2.19)
2
Can I convert my KDE Neon system to regular Ubuntu Bionic without reinstalling?
0
qt4-x11 4.4.7.0 in Lucid
1
Packages from repositories which has been disabled
0
missing packages in ubuntu when i try to install virtualbox
1
Reset Amarok version
See more linked questions

2
How do I handle updates having installed digiKam using PPAs?
0
Packages are not available for installation
30
How can a Debian package install Python modules from PyPI
6
Boost unmet dependencies
2
Removing 'kubuntu-restricted-extas' (Or: Understanding 'apt-get autoremove' in general)
10
14.04 Cleanly upgrade to ppa:ondrej/php from ppa:ondrej/php5-5.6
4
How to get a list of all packages installed from PPAs even for PPA repositories that may have been removed
23
Broken Packages Fix Problem (For Wine)
1
State of PPA's after a distribution upgrade