I'm looking at /usr/share/icons/DMZ-White/cursors, and there is:

... a bunch of files without extension, that GIMP cannot open.

Is there an editor where these files can be opened - or at least a converter to something like .png? I can note that ImageMagick display also failed to open these files.

You need a plugin to edit cursors files with GIMP called "X11 Mouse Cursor (XMC) plug-in" which you can find here.

You can also create your own PNG images and transform them to cursors files using "Xcursorgen" which can be found in the x11-apps package.

Xcursor Viewer can be used for preview cursor. It hasn't any editing features. Only viewing. 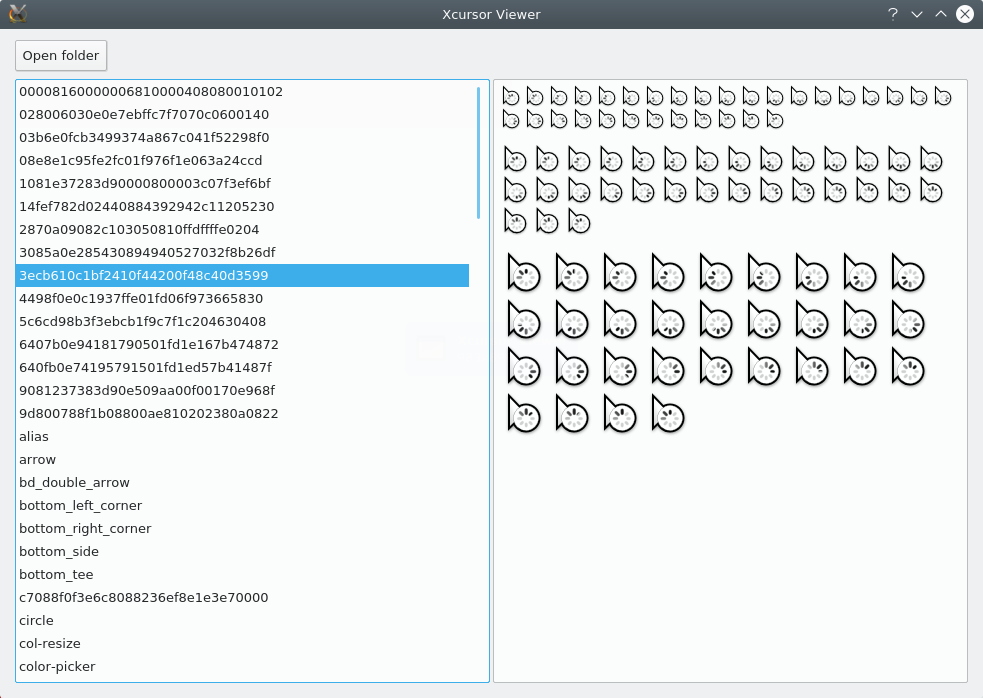 Pretty old thread, if somebody searching for this:

Gimp is now supports it natively. So just open and can export to xcm.

Found also Gursor Maker - Cursor Editor for X11/GTK+; got the CVS code from SourceForge - it still uses Numeric (the old name of numpy), so to run it, you'll have to do: 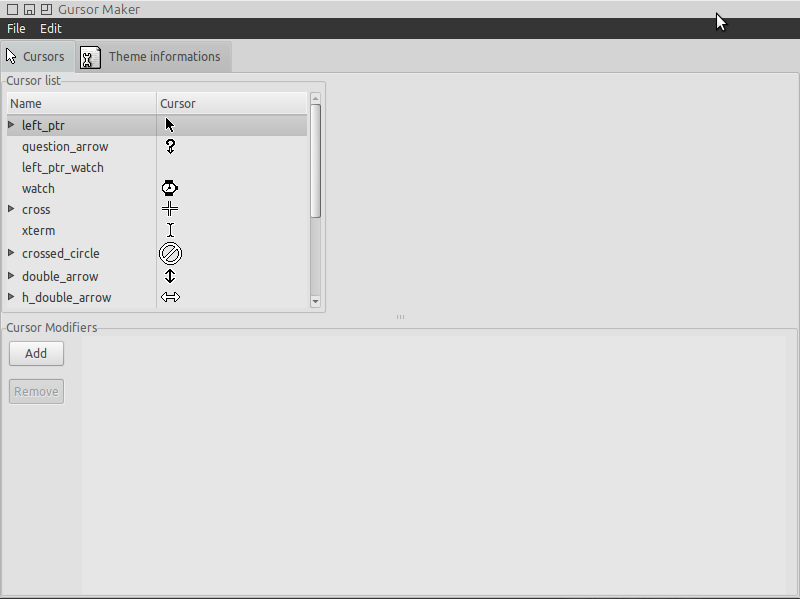 ... but cannot get any files to open? So I thought I should grep for paths, nothing much came up - and when I looked into cursordefs.py, I simply had to paste this:

Heh :) In any case, doesn't look like it will be much usable on newer Ubuntus, unfortunately...

Just tested XMC plugin as well - on 11.04, has to be built from source (from the link in the accepted answer); the requirements on my system resolved to:

... after that, the configure/make procedure in the INSTALL file works. Note that this plugin is a bit "sneaky": 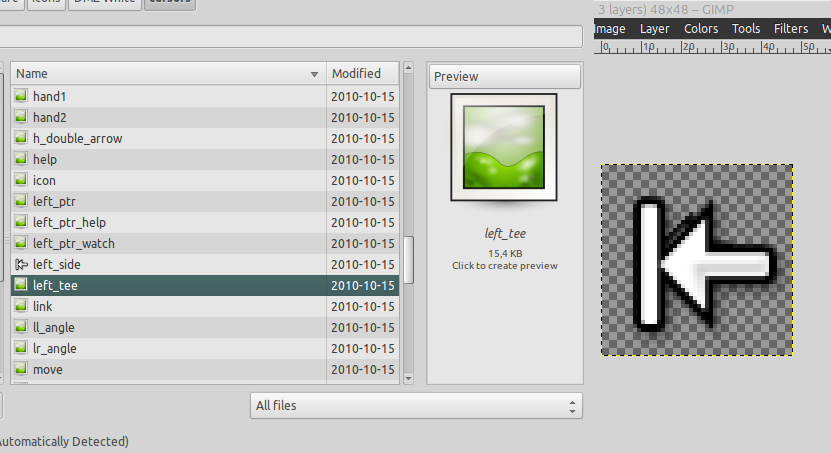 ... that is, you should use "All files" (as there are no extensions); cursor previews at first will not be rendered. Then open one cursor file; after it has been opened, then there is a preview in the File/Open dialog; but other than that, it works fine...

There is also xcur2png, which allows converting the image data of cursors to PNG and creates .conf files.

Only an inofficial 64bit .deb build is available but luckily the source is non-problematic to compile, just make sure libxcursor is installed.

This answer was found at https://unix.stackexchange.com/questions/241364/

I looked for the GIMP plugin Braiam mentioned and it seems to have disappeared. But by reading up on the spec I was able to come up with a simple Makefile that will extract the first 24x24 pixel cursor from a typical file that has the first icon at an offset of 0x70:

It probably won't work for everybody. But it works on my Debian 10 netbook.

1
How can i preview the X11 cursor file?
1
Where is the Ubuntu cursor, in the source code?

7
What app or extension do I need to open a Windows cursor - .cur - file?
6
Ubuntu 16.04 hides cursor when using graphics tablet
0
Cursor blinking