In windows, I have used both feature. How can I use both two finger scrolling and edge scrolling in Ubuntu 13.10 permanently so that the setting won't reset even after I restart, shutdown or suspend my laptop?

According with this answer, you can enable both two finger scrolling and edge scrolling using the following commands in terminal:

The problem is that these commands are not persistent after a system restart. To prevent this, let's put them to run at start up.

Save it in your ~/bin directory, and don't forget to make it executable using the following command in terminal:

Second, search for Startup Applications in Dash, and open it: 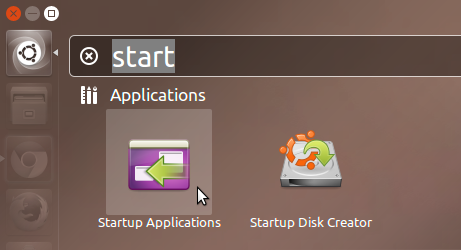 Then add the script scrolling to run at startup: 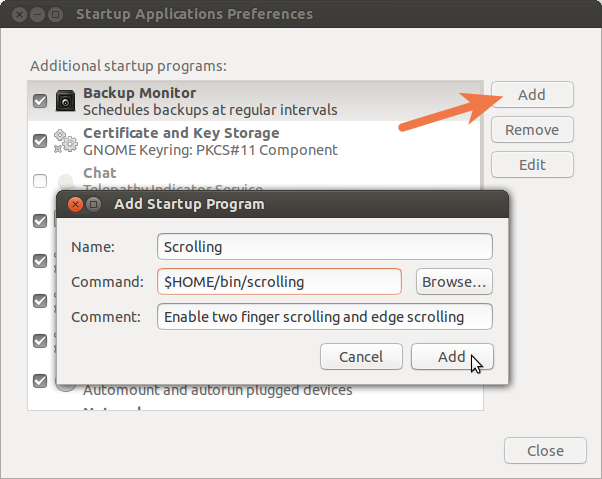 Not the answer you're looking for? Browse other questions tagged touchpad multi-touch or ask your own question.