Whenever (using flash) I make YouTube videos fullscreen then they come out not actually any bigger.

In the screenshot below you see exactly what I see when watching a video in fullscreen mode. All the black space shouldn't be there (I think). I don't see this problem in other sites, for example BBC iPlayer. 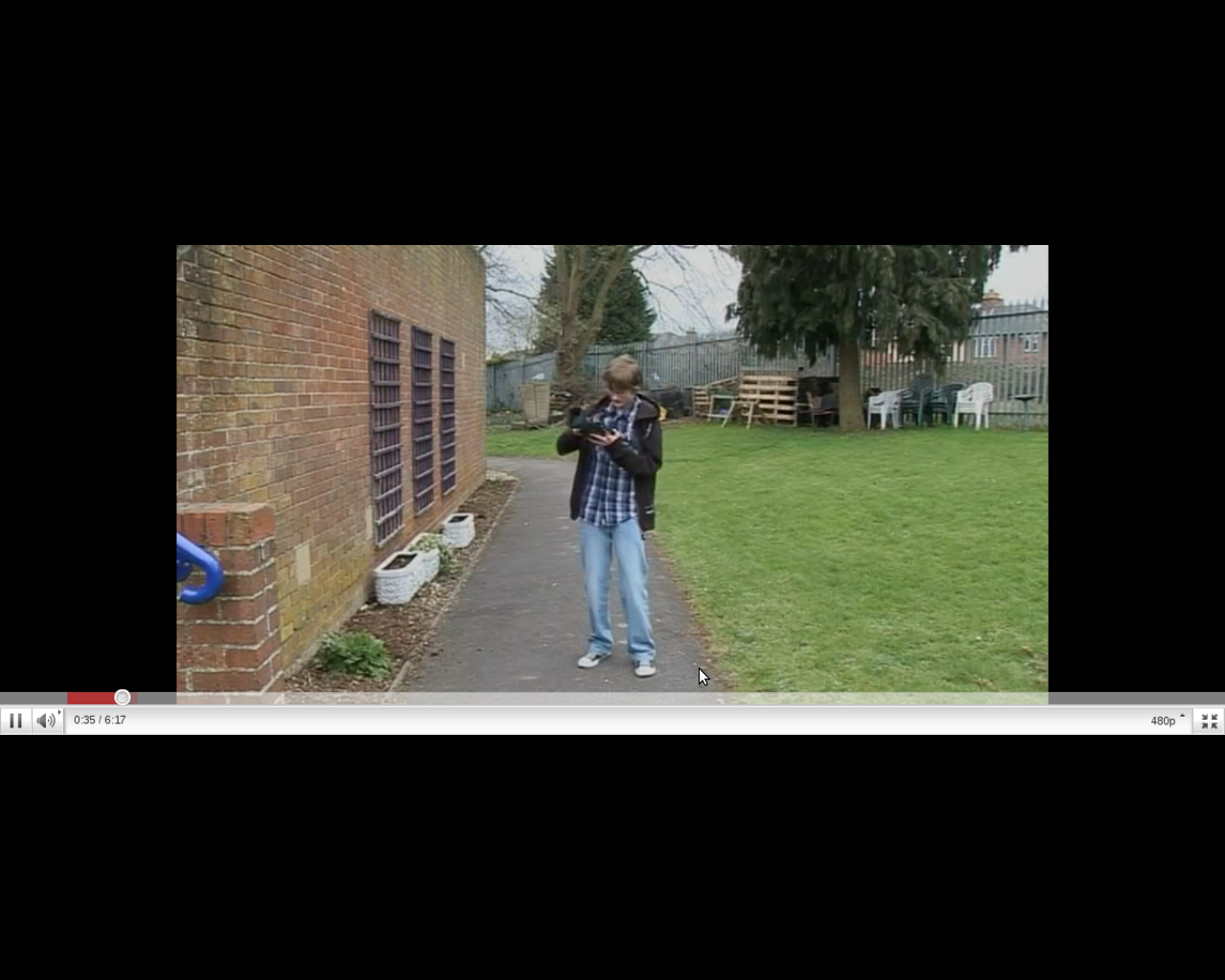 Any suggestions on fixing it?

Okay, this is one of those embarassing occasions when you discover what's going on just after posting a question...

It is because of my dual monitor setup. YouTube is seeing the size of both monitors together, but then shrinks it to fit on one for some reason.

It doesn't happen on videos that are available in HD (in fact if the video is available in HD even if you watch it at 480p or lower resolutions then it works, which is a bit strange).

It seems this issue has been around for several years and the easiest fix is to enable HTML5 mode in YouTube.

I think the best solution is using the MaximizeFlash plugin for Chrome. It detects any flash in the page and you can make them fullscreen. To get rid of toolbar up just hit f11. You don't need to install any other apps.

For Firefox there is a similar plugin.

I have developed a workaround for this problem. It happens because Flash incorrectly determines the screen size when using multimonitor, so I coded a LD_PRELOAD hack that feeds Flash a different value when it asks for screen size. You can get it from my webpage:

It's a bit tricky to install (you have to enter your screen size in the code and compile it yourself) but it does work.

The problem is flashplayer identifies your full screen as both monitors, and then scales it down to only one monitor so the video looks longer but smaller.

This drove me mad for months until I found this workaround found here:

Is basically a little script than "lies" to the browser modifying the environmental variables to make firefox think your fullscreen resolution is 1024x768 and not 2048x768 in my case (you can configure other resolutions) and use only one of both monitors. You need to install nspluginwrapper first (is in the repos).

Inside the .tar.gz you'll find the script and instructions to configure it. Also, instead of calling firefox with the parameters every time, you can make a little script like this I use and save it in your personal scripts directory (for instance $HOME/.scripts/firefox

If you want to use the same with another browser like chrome or chromium you'll only need to do a similar script for them.

I've have similar problems with a lot of apps like wine games etc. where the app is unable to detect the per-screen resolution and instead detects the total resolution as one screen.

The permanent solution i found was to run nvidia-settings , disable xinerama and configure "Seperate X Screen" . I now have two seperate displays , the usual DISPLAY=:0 and :0.1 . Since the X apps in both screen now run in thier own seperate sessions , with thier own desktop etc. , all apps detect the resolution for each monitor perfectly , and changing resolution in one screen does not affect another.

The only downside is i am unable to drag windows from one screen to another and need to launch apps in different screens as required. However this works perfectly for me since i keep browser in one display and the kids can play their emulator or see TV / movies on the other monitor without affecting my work.

I have the same issue, having two different-resolution monitors connected to my PC.

My workaround is simple. Just zoom in in firefox until the video about fills the width of the screen. This also resolves another annoyance: if a video is playing fullscreen on one monitor, clicking on a window on the other monitor kicks the video out of fullscreen.

My workaround for this uses the data URL in Chrome to open an embedded video at the full screen resolution, then I put chrome in full screen mode. Try with:

Just put the video code in and change the width and height to your screen resolution. Then put it in your address bar.

Not the answer you're looking for? Browse other questions tagged multiple-monitors flash or ask your own question.