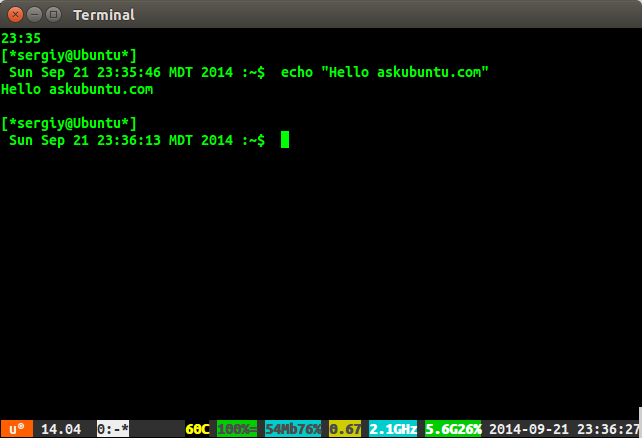 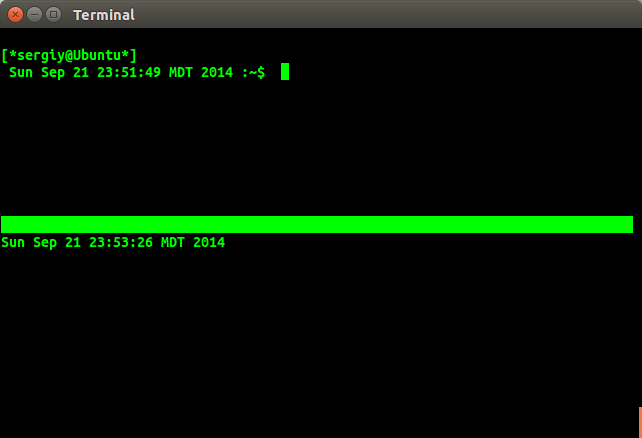 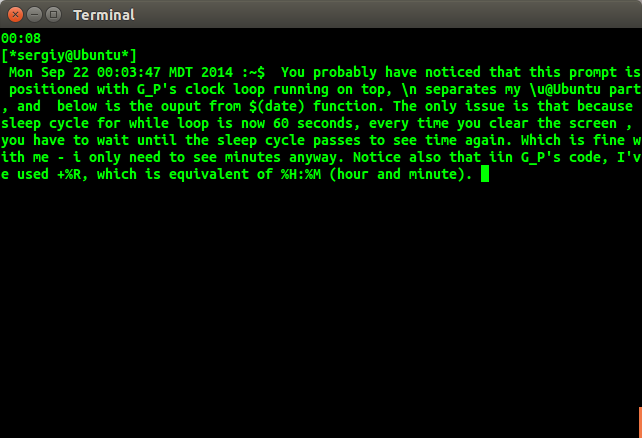 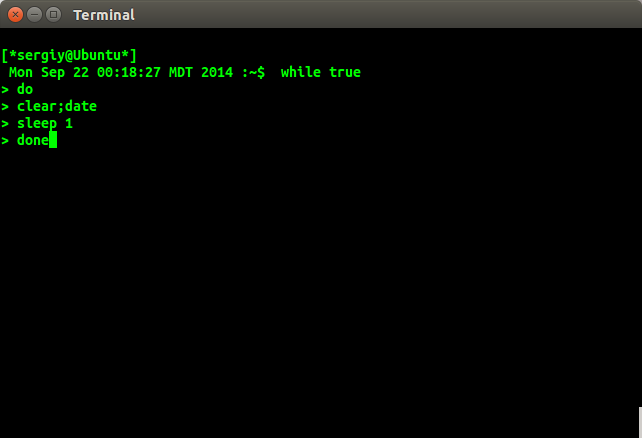 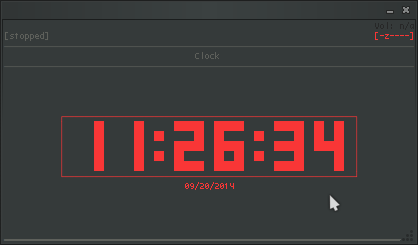 Write a loadable builtin for bash a very powerfull way to compile bottlenecks in bash, anyways ...

A good entrance point to the topic is offered here

I called the loadable builtin reprompt and its source looks something as simple as the following:

Compile and install your loadable builtin. Use it as follows:

Influenced by g_p I made this command that requires toilet instead of figlet (Since I personally find toilet's text easier to read). I added some other things to it such as the date and timezone.

(Without nanoseconds or ISO)

(With both ISO and nanoseconds) (Requires smaller text to display correctly)

0
Command prompt stopped listening
3
How to set the default terminal window screen co-ordinates when Ctrl + Alt + T is pressed?
3
Ubuntu Linux 14.04 on Parallels Desktop 10, Mac OS X 10.10.2: Parallels and/or Ubuntu update broke Terminal (no command-line prompt)
4
How to write, and use, a text batch command file
3
Prevent suspend before completion of command run from Terminal
0
How should I make the date command use the same format as rdiff-backup?
0
How to force PS1 to evaluate so I can use terminal title as a status bar?
0
Terminal displays strange characters instead of prompt after upgrade from Xununtu 18.04 to 20.04
0
How could I set a universal time limit on any command line operation?