Nemo 2.0 does not render desktop correctly with Compiz

I am using Ubuntu without Unity but with Compizan Nemo as file manager. Since the update to Nemo 2.0 it does not render the desktop correctly anymore. Instead of the background picture I see a black background and every window movement leaves a strange effect on the desktop: 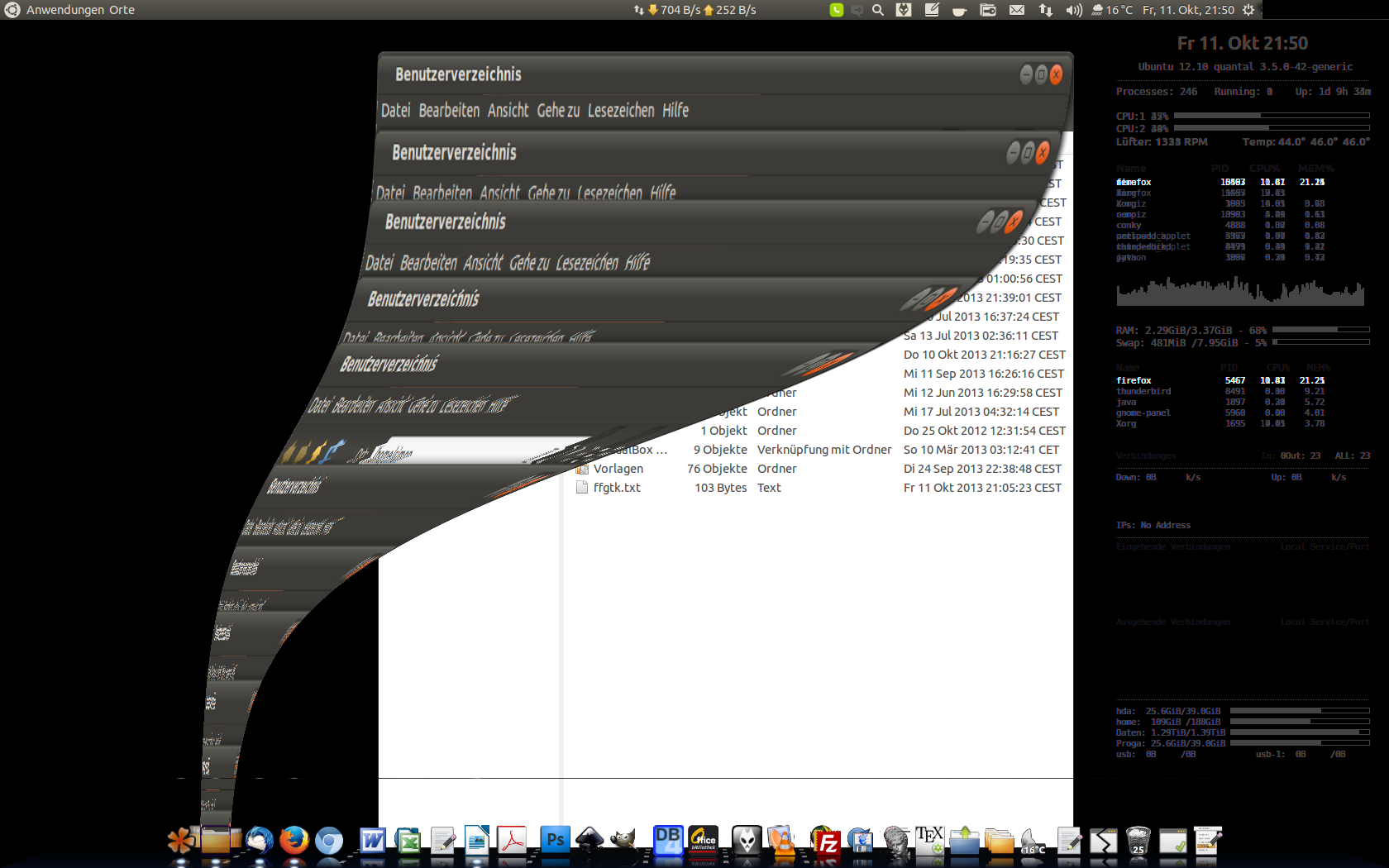 Is this is a bug? Where to post Nemo bugs. Does someone know a workaround?

EDIT: I have created a bug report here.

The problem is, that in Nemo 2.0 it's capability to render the desktop was removed. See here

Cinnamon is causing problems when running Nemo desktop under Unity. You have to completely remove both packages, add the Nemo only PPA from NoobsLab, the Backports and Cinnamon repositories install Cinnamon packages along with Nemo, finally reinstall and configure Nemo.

Here are the steps that I followed to get Nemo installed independently:

Voilà! Nemo is happily taking care of your desktop again!

If your desktop is black when you first login:

Reboot and Nemo will start

Since I had originally installed nemo following the instructions listed here:

I reversed it using ppa-purge instead of manually hunting down all the packages:

After that I followed Andy Braham's instructions to used the NoobsLabs PPA for Nemo.

I had what I think was a closely related problem. I am running Gnome Shell in Quantal 12.10 and loaded Nemo to replace Nautilus. Unfortunately, I don't recall how I installed it.

After a while, my desktop failed to render properly. It looked strange; as-if the theme had been lost. The Look-and-Feel of Gnome Shell was gone. The colors made editing filenames on icons impossible. There were a number of other major annoyances.

I followed Andy Braham's advice (from the accepted answer) to remove the software. But then I followed the Noob Labs's blog posting http://www.noobslab.com/2013/10/nemo-file-manager-with-extensions-for.html to reinstall Nemo.

[It really seems that Ubuntu is fragmenting into either a) an unacceptably de-featured desktop OS; or b) a difficult to configure desktop OS. Hopefully that will improve eventually.]

What I did was

I don't have the glitch anymore. I will try install cinnamon again (stable version this time) and if the problem comes back I'll post it here. But since you aren't using cinnamon, the above should work. Worked for me in Ubuntu 14.04 anyway.

Not the answer you're looking for? Browse other questions tagged nemo or ask your own question.

2
How to open folders with `nemo` by clicking on folder icons on the desktop handled by nautilus or directly within nautilus?
1
How to get rid of toolbar text?

3
Replacing Nautilus with Nemo: wallpaper problems
4
No desktop icons after uninstalling nemo
1
Ubuntu 12.04.3 64 bit with Nemo 2.0.x no thumbnails
3
Nemo is not generating thumbnails
3
Nemo Custom Action (.sh script) does not execute
1
Organize desktop by name in Nemo
3
Missing desktop icons with Nemo on Ubuntu 16.04
1
How do you set desktop background with nemo configured to manage the desktop, in 16.04
1
XFCE with Nemo: Context menu -> open in terminal does not work anymore