Is there a way for non-experts to create new lenses/drawers for the Unity launcher?

So far I'm liking the new Unity interface, but there are certain aspects of the Applications lens/dash that I find a bit inconvenient. For example, I have about 30 games installed on my desktop.

With the old main menu, I could edit the games into categories, and it was very quick to view all card games, or all arcade games.

With the current set-up, there's no problem if I know which game (or other program) I want, but if I want to browse through the games, it's less convenient. Once I click on the Applications lens, I have to pick Games from the drop-down menu (which requires more mouse movements than before), and after that, the games remain unsorted, so I can't browse by category.

What I would like would be able to create a launcher buttons similar to the Applications button, for specific groups of programs, so that I could, for example, click on an 'Arcade' button in the launcher, and see a list of arcade games. Is there (now or in the future) any way for someone without programming skills to do something like this? (Ideally, it would be of a similar level of difficulty to editing the Gnome main menu.)

Unfortunately there's no easy way to customize lenses, people need to write them. On the plus side they're easy for people to write, for example the Ask Ubuntu lens is about ~350 lines of code.

Please add your idea here; I'm constantly on the lookout for people to write lenses so put down some detail on what you'd like to see in the lens and maybe we'll get lucky and find someone.

A utility for organizing related items for easy launching from the Unity launcher. Drawers creates a launcher favorite for the Unity launcher panel that can contain any combination of files, applications, web links or directories. Just drop a file on the launcher or open drawer and it will be added. Left-clicking the launcher "opens a drawer" with an icon view of each item for launching. Right-clicking allows fast launching through quicklists.

You can nest one drawer in another too. http://launchpad.net/drawers 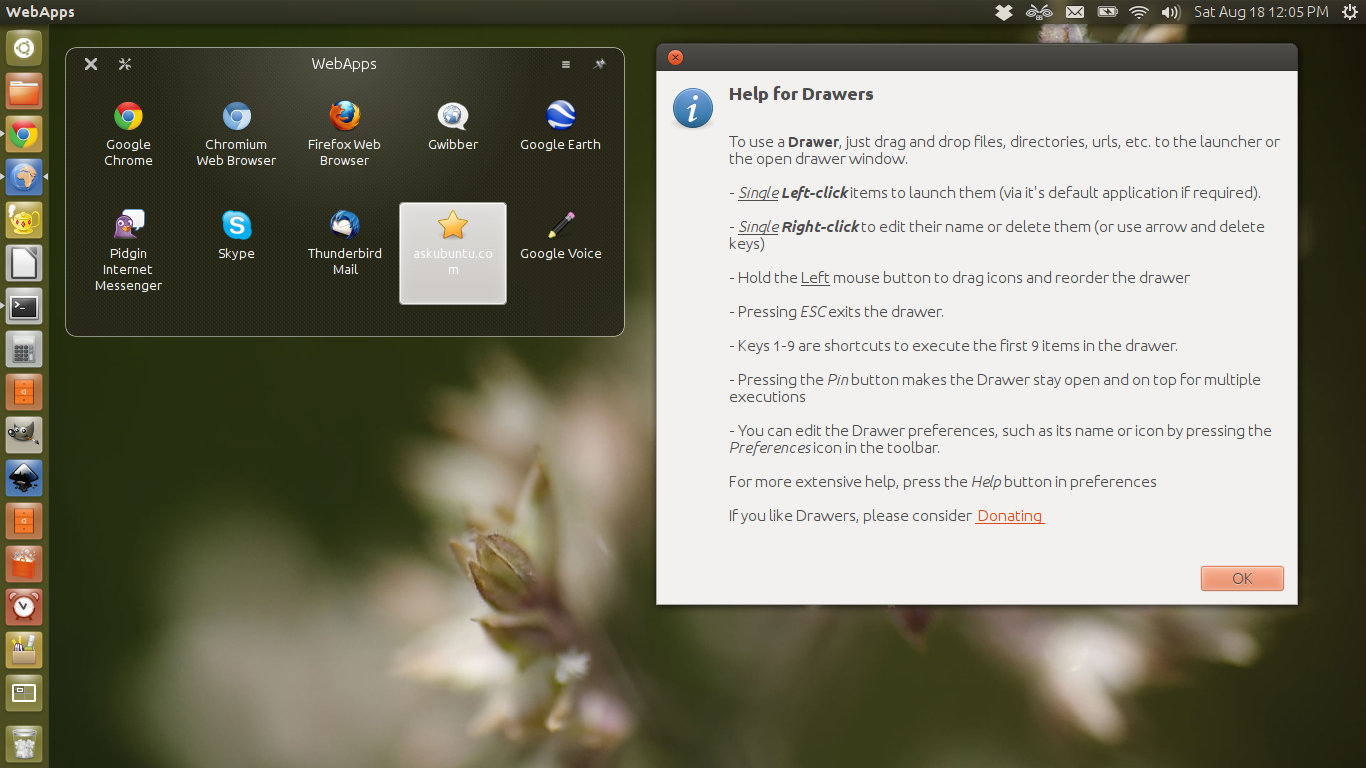 Why is there no documentation how to write? I made the .place entry and get a empty lense. if I put in there the dbus name and path like the app lense has, I get an app lense. So I think there must be an extra file for the dbus where this is configured but I don't find this dbus files. It would be easier to learn how it works, if there is a documentation where the different files are located. If the Ask Ubuntu Lense is only 350 lines of code, are they all in the same file? If yes, where is this file and why can't I just look at it and edit it or look at it and learn how it works and where I have to put my own lense.

look at the .desktop files in /usr/share/applications/

you have to edit them with an text editor and add a line:

Then your KDE application should only appear in KDE.

Not the answer you're looking for? Browse other questions tagged unity launcher lenses or ask your own question.

19
How do I start developing a lens for Unity?

13
Is libunity planning on including functions for Unity Lenses?
0
Can I rearrange Unity lenses on the launcher?
3
Why doesn't Dash respect the Main Menu categories?
2
How to add lenses to the launcher?
4
What's the preferred way to distribute self written Unity Lenses?
24
How to add support for the global menu to a python non-gtk, non-qt app?
4
How to put unity launcher on in different positions on different monitors