What is the terminal command to turn Airplane Mode on/off in Ubuntu?

Is it simply sudo rfkill block all and sudo rfkill unblock all? I know that this will disable all wireless modules in the computer, but will this be noticed by the system, so that Airplane Mode is toggled off/on in network settings?

Running the following command in terminal:

will open a window for network management which should be similar with: 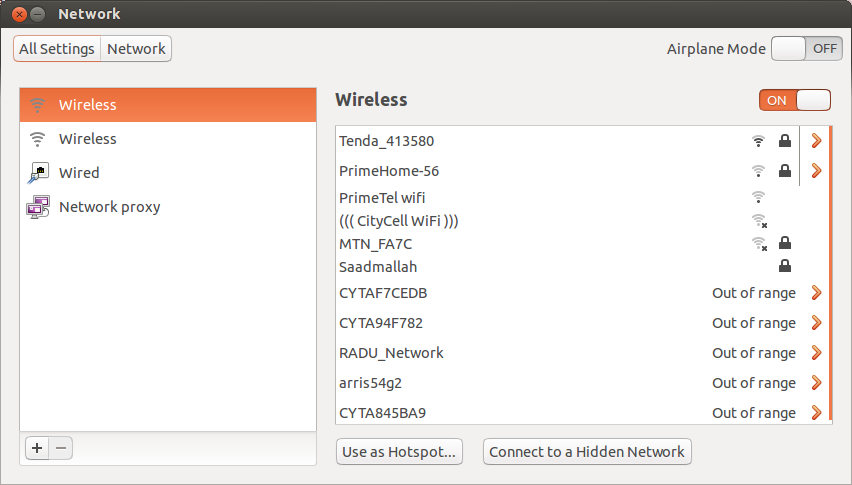 You can observe that at this moment the "Airplane Mode" is off and the wireless is on.

Now, without to close this window, run the following command in terminal:

The above window will be changed automatically to: 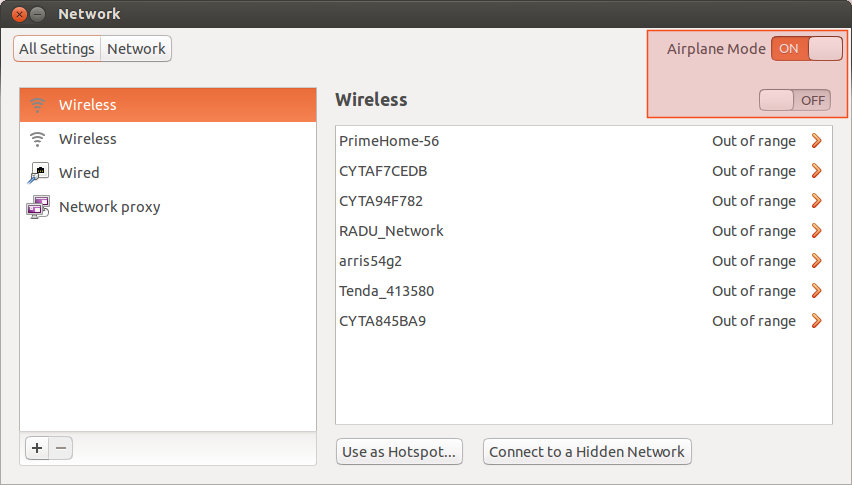 As you can see, now "Airplane Mode" is on and the wireless is off.

will turn "Airplane Mode" off and wireless on again.

So, you don't need rfkill (which need also root privileges) to toggle "Airplane Mode" via terminal.

nmcli (see also man nmcli) it's enough and can be executed by any usual user... You don't need root privileges to climb in an airplane :)).

nmcli r wifi on turns airplane mode off, and the converse sets it on.

A simple bash script to toggle airplane mode on or off is below; save it to file and set its execute bit in properties.

It is even possible to assign the command '/home/rudy/bin/airplane_toggle' to a shortcut (tested).

On Debian- and Arch-based distros, inspired by the previous code, this will disable WiFi and Bluetooth and send a notification:

By combining answers in different threads, I got it working on Ubuntu 20.04

Assigned to Alt-A for me but that is personal choice.

Mind you I already have the built in WiFi adapter on my Lenovo T420 disabled because I am using an Asus USB Wifi adapter which this toggles on and off along with the Bluetooth.

Not the answer you're looking for? Browse other questions tagged wireless bluetooth or ask your own question.

6
How prioritize ethernet over wifi in Ubuntu 18.04?
4
Set a shortcut to toggle bluetooth on or off
3
Create a shortcut key to toggle Airplane Mode On/Off
0
Ubuntu does not recognize my Wi-Fi adapter - HP laptop