I have installed msttcorefonts already. Now in my Latex document I am preferring not to use Times New Roman as I found after a little browsing that there may be issues when compiling with pdflatex. I am preferring to stick to pdflatex, at least at this moment. This is the reason for asking the closest alternative.

According with Linux Font Equivalents to Popular Web Typefaces, FreeSerif may be what you need (considering that you do not want to install other fonts):

I don't know which exact font of those that come by default with Ubuntu 12.10 would be the closest visually to Times New Roman (though Liberation Serif seems a good fit), but:

It follows from the above descriptions that Times New Roman is a serif font. Hence, to find something similar, you want to look at other serif fonts.

I think FreeSerif is the closest:

I guess it’s pre-installed in Ubuntu, by the way you can download it from FontSpace.

The PostScript language defines 35 core fonts in PostScript 2. Among them is the serif font family Times. Times was Linotype's copy of Monotype's Times New Roman, which was commissioned for The Times in 1931. A properly configured system should automatically substitute one of the following fonts, if available.

Other fonts of interest: 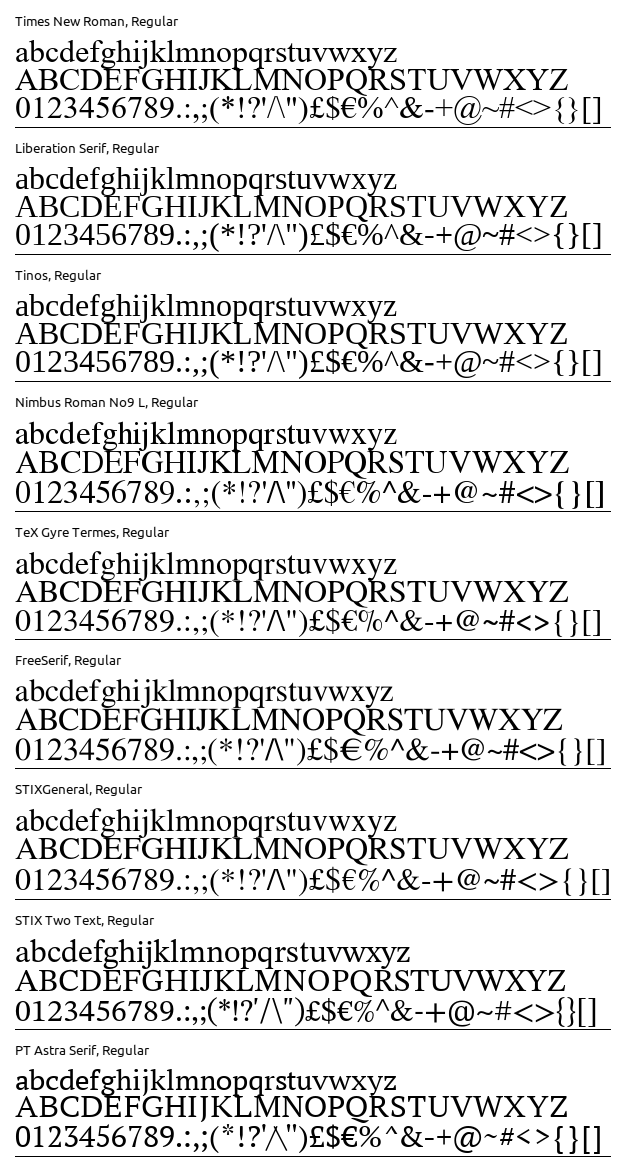 29
What is the closest font to Helvetica available on Ubuntu?