Is there an alternative to gnome-terminal?

Are there any terminals that can serve as an alternative to gnome-terminal. Do these alternatives have other/extra features ?

Feel free to edit in info on features and/or maintenance.

There is a blog post at OMG! Ubuntu! that lists five alternatives to gnome-terminal. Another post at Tech Drive-in adds even more other ones. For screenshots, see these websites.

"It allows you to split its main window into as many tiles anyone could ever need."

Here are some of its features:

"a configurable “Quake-style” terminal emulator, meaning that it slides down from the top of your desktop when a user-configurable key (default is F1)" No longer actively maintained?

"similar in functionality to Tilda"

or download a .deb file for it from here.

"Eterm is the lightest of them all"

"Supports features like drag & drop of items into Terminal windows"

"An extensive set or runtime options are available resulting in a very customizable terminal emulator" No longer actively maintained?

"a command line based system made on top of WebKit"

As rajagenupula mentions there is also terminology.

It "can do a lot of things you wouldn't expect from a terminal emulator, like displaying thumbnails for images, videos and documents and furthermore, it also allows you to preview those files directly from Terminology" (quote from webupd8)

A productive terminal emulator for power users, some of its features:

You can use terminology,:) . its everything. its not just a simple terminal.

By using terminology you can preview images ,you can play videos from the terminal only.you no need to open other file managers. its everything.

to install it open your terminal and type

then you access it, from unity dash. just install it once. I am sure you will surprised to see what you could do in the terminal.

look at the image , that will tell you everything that I am talking

one more feature just now figured out that , at a time you can with 5 terminal with out clicking at new time every time. 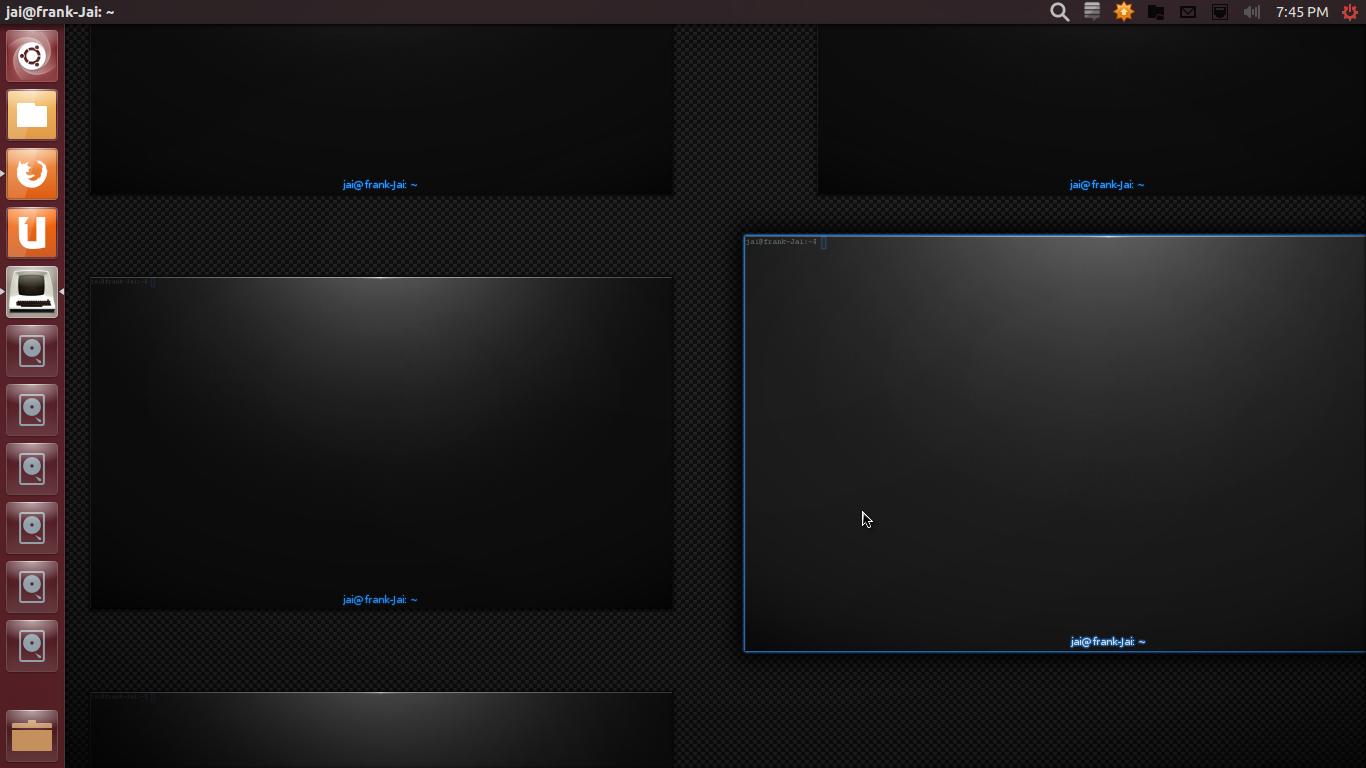 Not only it has capability of splitting windows, but also there's indicators for battery %, network strength, clock, etc. If you attach a session there, it will also be transferred to tty. There's a somewhat of learning curve for splitting windows, but that is not too bad. Ctrl+a, then :, then type split -h or split -v. There's also ability to have new tabs/windows with F2 key 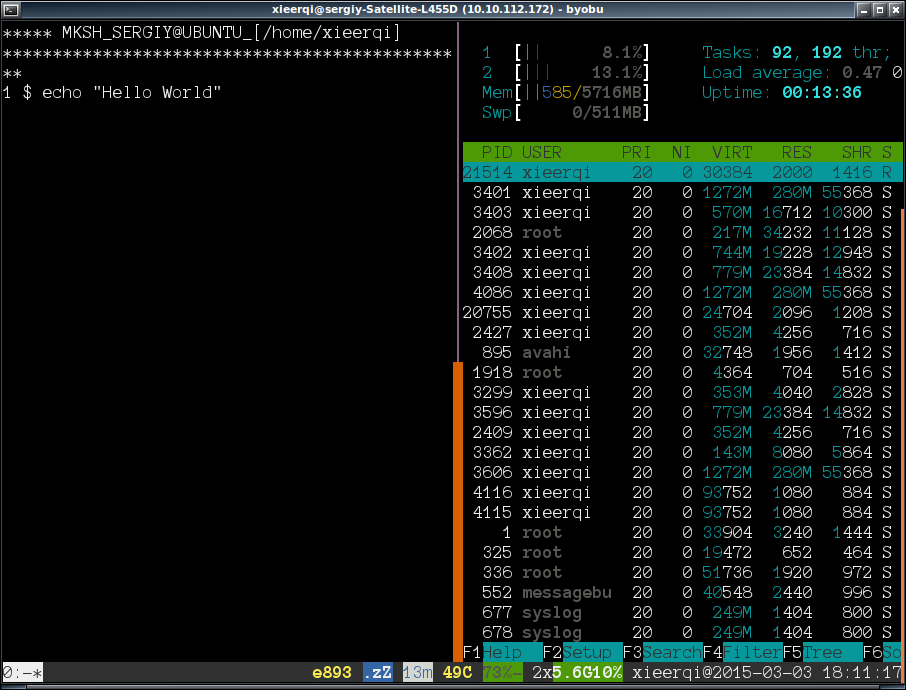 But since it isn't really terminal emulator (as discussed in the comments bellow ), I suggest sakura. It's a cross between minimalism of xterm and configurability of gnome-terminal. Just today I tried to install gnome-terminal in my Arch installation, and it didn't go through for whatever reason . . .sakura was a good alternative, easy to use, easy to configure.

Best is to install xfce4-terminal. It works fine in Gnome3, has an unobtrusive scrollbar, has a nice pastel theme, and has transparency.

I wrote Fourterm, Terminator-like terminal written in GTK+/Vala. It's faster, but it has less features. https://github.com/lzap/fourterm

XTerm is also very good! This article covers lot of its features: http://lukas.zapletalovi.com/2013/07/hidden-gems-of-xterm.html

Starting from GNOME 42, a new terminal, called Console, is available. It is an alternative to Ubuntu’s default GNOME Terminal. It is not a 1:1 replacement, it is designed to be a simple terminal emulator for the average user to carry out simple CLI tasks and aims to be a ‘core’ app for GNOME.

According to a dedicated news from OMG! Ubuntu!, probably GNOME team preferred to create a new terminal for the switch to GTK4 than adapting the GNOME terminal codebase.

Console is not automatically installed in Ubuntu 22.04, in fact it is not intended for GNOME Terminal/Tilix replacement: according to the GitLab page "Console aims to serve the casual linux user who rarely needs a terminal."

Console is available in the jammy universe repo and may be installed by running the command: sudo apt install gnome-console

Picture from OMG! Ubuntu! (side by side with the new text editor): 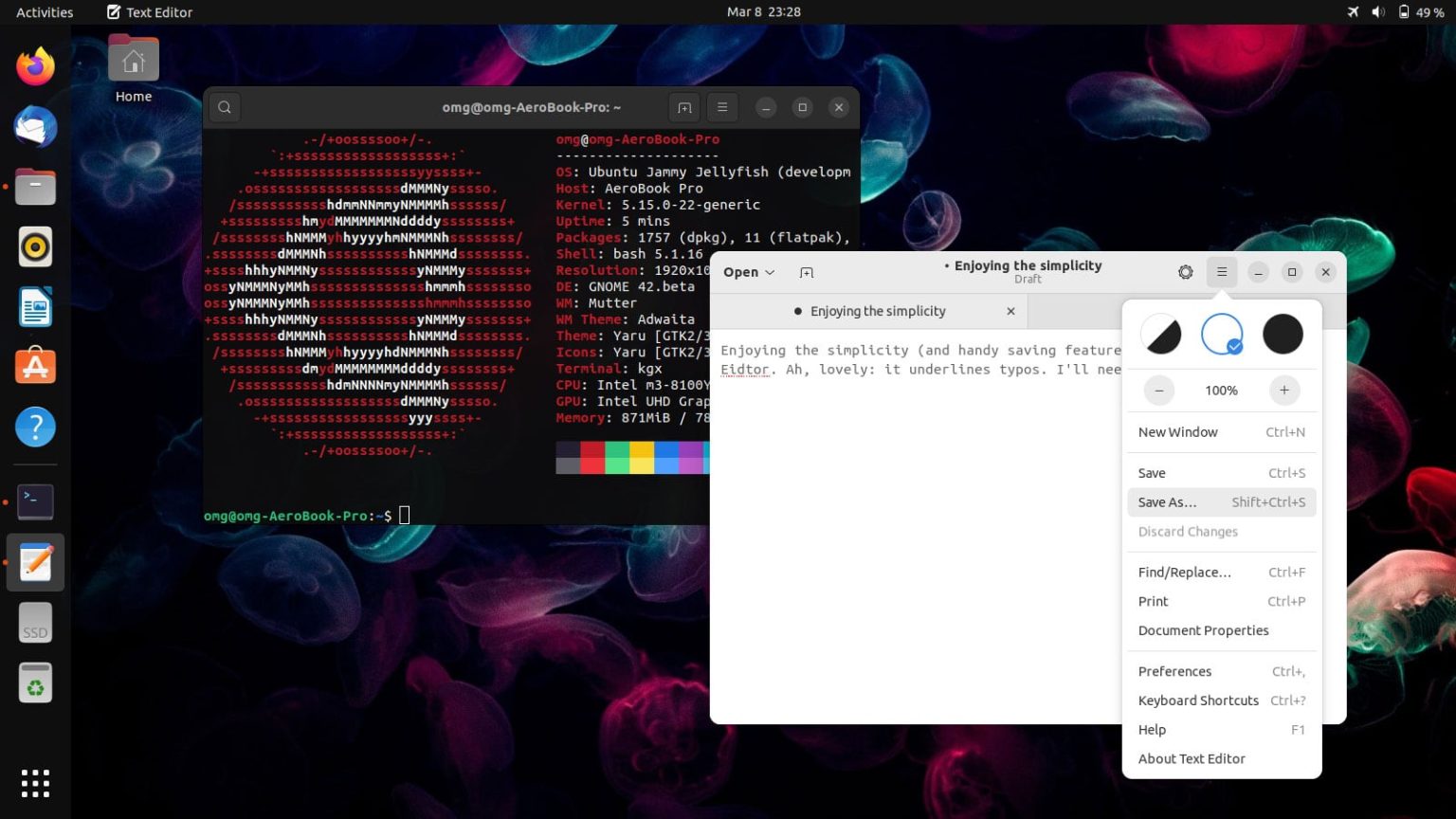 45
Save current terminal scrollback to file?
10
How to change default terminal application in Gnome-Shell
4
How to split terminal in Ubuntu 16.04?
2
Hiding plus and dropdown icon Ubuntu 16.04 terminal
1
How to make an invisible terminal(without the top bar as well) and then pin it to the top without interacting with it

3
Is there a good alternative of 'TextAloud' text to voice software?
8
What is the difference between virtual terminals and Gnome terminals?
3
Console-only alternative for fslint?
18
Opening multiple tabs with gnome-terminal
0
what are alternative program for ETABS?
13
Terminal alternative to gnome-keyring
14
Is it possible to remove the default terminal and replace it with some other terminal (like terminator or terminology)?
1
gnome-terminal is getting environment variables that other terminals don't
1
OneNote alternative that can import OneNote notebooks
4
GNOME Terminal > load-config > does not work properly after upgrade to 16.04