I had a major system crash, after which I reinstalled Ubuntu 13.04. The problem was that I wasn't sure about creating a partition for swap using GParted because from what the online tutorials seemed to indicate, creation of a new partition would leave the original drive marked as "unallocated" with the remainder of free space (I might be wrong though, but I was hesitant).

Anyway, I couldn't boot either Windows or Ubuntu after I created a separate 4GB partition from my C drive on Windows. I ran a boot repair and fixed my Windows. Now the problem is that my system can detect swap at start up unlike here : Safe to create a swap partition using GParted? , but GParted shows it to be an "unknown" partition. 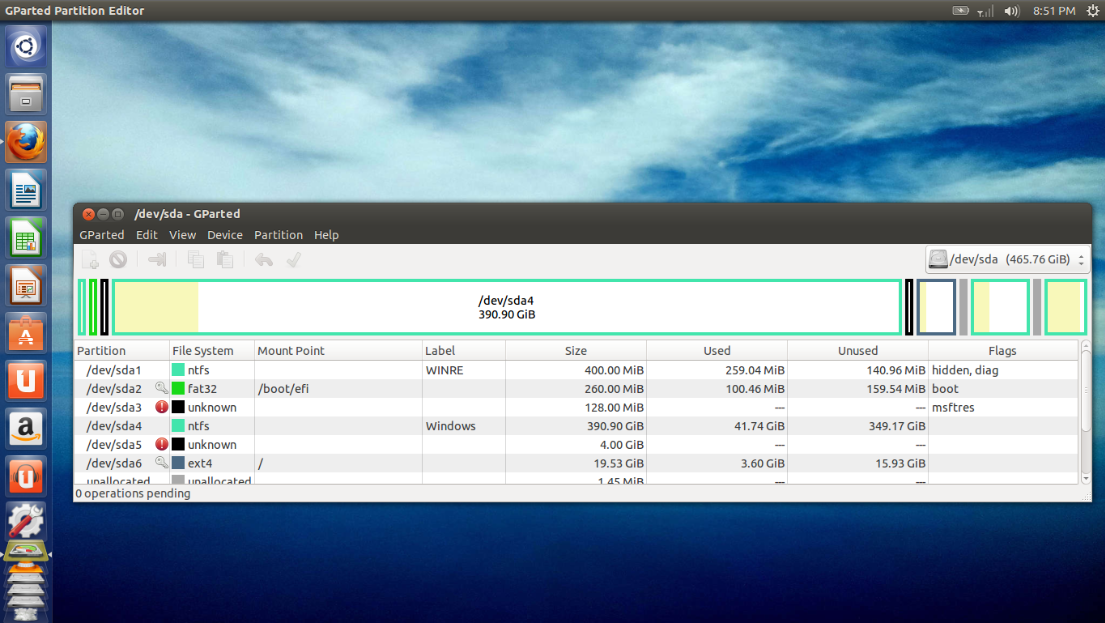 Is there a way this can be fixed? Would it be okay to just right click and set it as swap, or are there some other changes to be made?

It's safe to set it as swap. You should even be able to select it in Gparted, tell it to be swap and enable swap (Swapon) and go, no reboot etc needed.

Not the answer you're looking for? Browse other questions tagged partitioning system-installation gparted swap or ask your own question.