Ubuntu 13.04 kernel panicking when booting up with HDMI TV plugged in

My laptop is setup as a media server - when it boots up when plugged in to my TV via an HDMI cable, it generally kernel panics (although not always).

The kernel panic is: 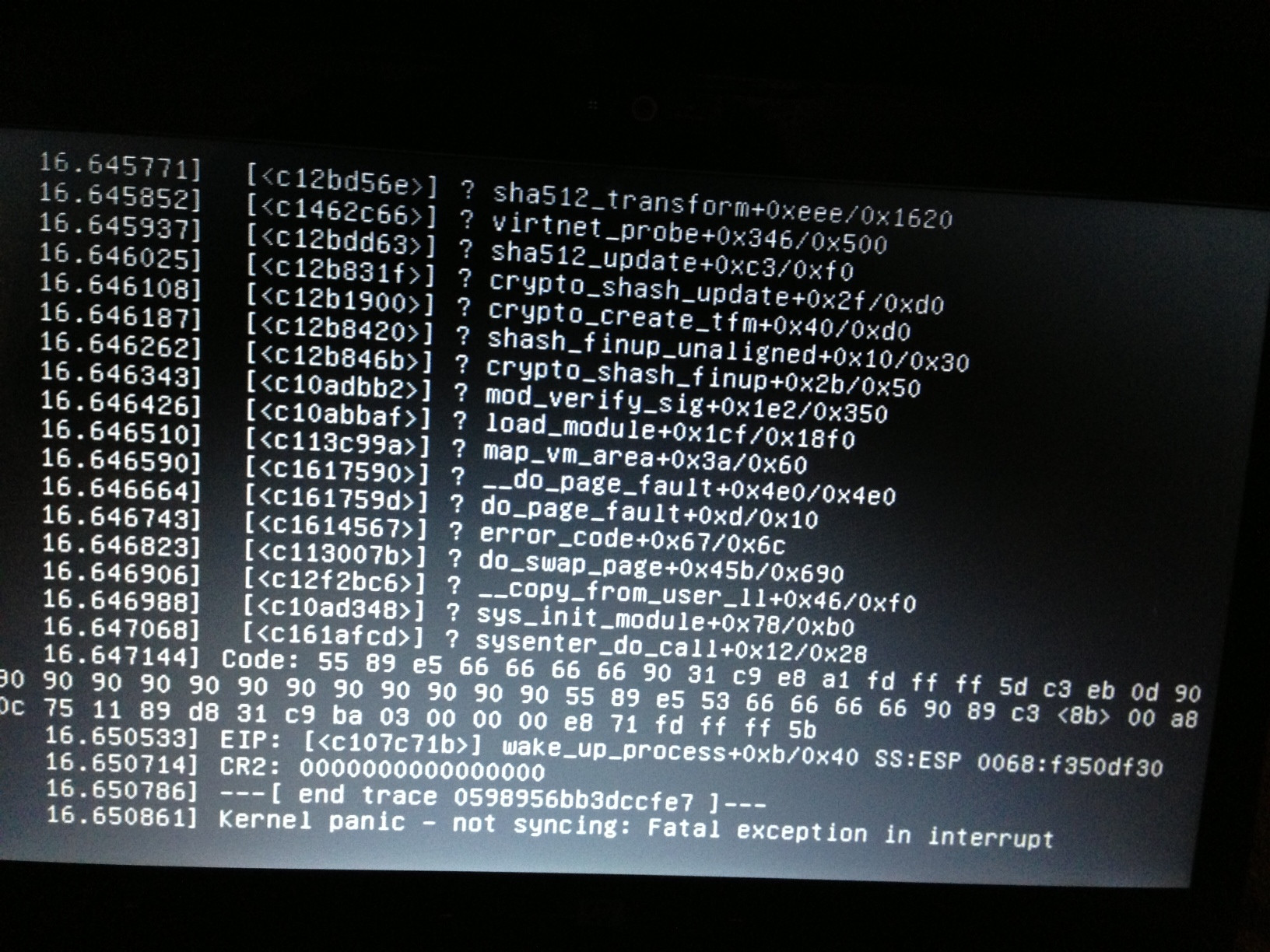 I would recommend saving kernel crash dump when kernel panics so as to find out the root cause of the panic.

How does it work? => When a kernel panic occurs, the kernel relies on the kexec mechanism to quickly reboot a new instance of the kernel in a pre-reserved section of memory that had been allocated when the system booted (see below). This permits the existing memory area to remain untouched in order to safely copy its contents to storage.

If 1 => the crash kernel has been loaded, if it is 0, then something went wrong.

The crash kernel can also be loaded by running: sudo /etc/init.d/kdump start

Save a crash dump

If everything works, there should be some delay (depending on the memory size). Then the system reboots again into the normal mode. Once done, the system will reboot to its normal operational mode. Kernel Crash Dump file can be found in the /var/crash directory.

To inspect the crash dump refer to => Crash Dump Recipe

Not the answer you're looking for? Browse other questions tagged 13.04 kernel hdmi or ask your own question.