What is the easiest way to strip a desktop edition to a server edition?

We have installed Ubuntu desktop edition on our development server. Now that we have it in a data center we would like to strip it down to a server edition.

Is there an easy way of doing so rather than just going in and uninstalling packages by hand?

It's possible to do it the other way around, but I've never seen anyone who was able to do this simply by installing a metapackage or something.

Your best bet is either:

You can remove ubuntu-desktop and simultaneously auto-remove all its orphaned dependants:

Add the --purge option if you also want to remove the configuration of the affected packages (and not keep it for possible later reinstallation).

If you have any other Desktop remove them as well. if you reboot after this you should have no GUI to log into. If you purge a program rather than just removing it you also remove any config files that may remain.

Before Ubuntu 16.04 it also provides a special kernel package for server installations, linux-image-server:

Then I suggest you install the server applications you want, like ssh-server.

But as always it's better to make a clean install. It gives less risk of errors and broken packages.

Note: as stated in comments, tasksel should only be used to install tasks, not remove them. In this specific task (remove desktop -> install server) it seems to work fine. So use it with caution.

You can try tasksel. With it, you can do what you want by selecting Basic Ubuntu Server and unchecking Ubuntu desktop. 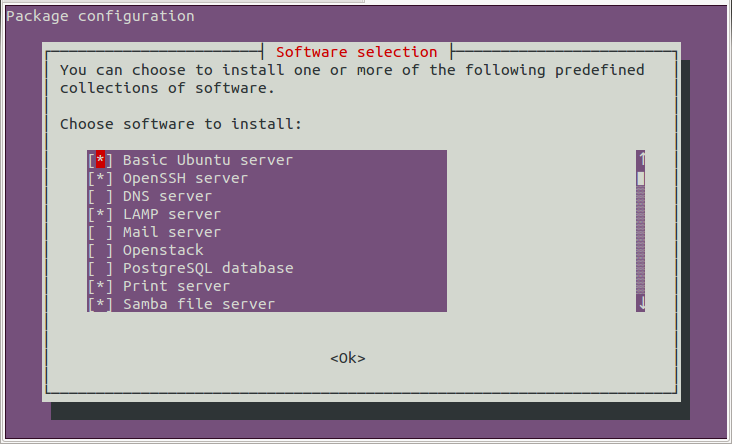 If you want to just not run the DM and WM on startup but keep the ability to run them at will you can run:

The system will boot to runlevel 3 (init 3) which does not start the DM and WM and all the other stuff related to the desktop environment, but starts everything else. When the system boots into the tty1 terminal at the console, you can log in then

to get to the desktop environment login.

The safe way to exit back to tty only is to open a terminal and run:

2
Reinstall Server over Desktop
6
How do I convert a desktop install into a server?
1
Switching from Ubuntu Desktop to Server 14.04
2
Ubuntu desktop 18.04 to Server
4
I want a choice about starting a Desktop system or a Server system
0
How do I disable sleep on closing the lid
0
Desktop version to server migration

20
What is the performance loss if you run Ubuntu desktop edition on a server machine?
0
Desktop version to server migration
1
Dual Boot Ubuntu Server Edition and Windows 7 Professional
0
Easiest way to assign a static IP address for a LAMP server / VBox snapshot
1
How to convert Ubuntu Server to Ubuntu Desktop?
0
Ubuntu Server 18.04 = Ubuntu Desktop - all GUI and other stuff?
0
Server vs desktop edition for a minecraft server
0
Can I install Ubuntu server on Ubuntu desktop