When I run it on terminal typing the command "./script.sh" it works fine.

But when I try to click on this file outside the terminal, it opens my text editor to edit the lines of the script instead of opening the terminal and execute the commands.

I already gave the executable permission to this file, but it does not run.

You have to open nautilus, click File->Preferences (OR) Edit->Preferences, check Behaviour tab, and select the option you prefer for Excutable Text Files. 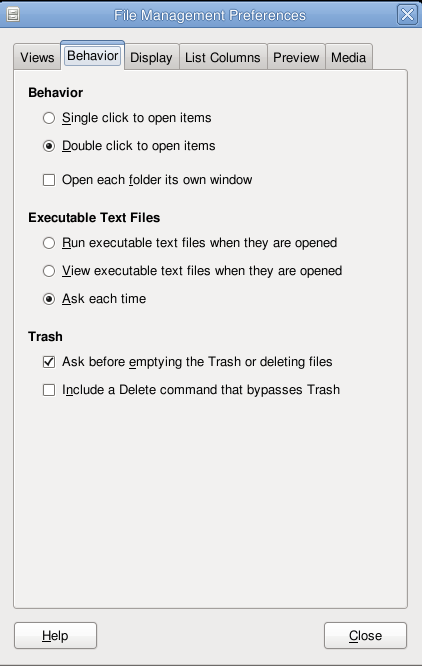 You also need to mark your files as executables. To do that right click the .sh file, choose Properties, and under the Permissions tab check Allow executing file as a program.

Go to your system settings -> keyboard -> keyboard shortcuts and add a custom shortcut. For the command place the full path to the script. Now you can run it without terminal 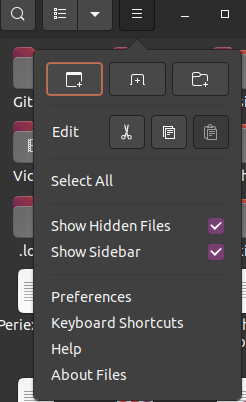 Then Behavior and check "Run them".Now you are able to double click .sh files and run (only if the file.sh is executable,right click in file.sh -> Permissions-> check "Allow executing file as a program").Now all your executables will run.If you dont want that for some scripts.sh,uncheck "Allow executing file as a program" and run it with 'bash yourscript.sh' from terminal.Working fine for me!

in terminal type "chmod +x filepath". This will convert your sh file to an executable file that will run when you open it

Not the answer you're looking for? Browse other questions tagged bash scripts command-line or ask your own question.

5
Can't run Bash script
4
.sh script works in Terminal, but not when executed via "Run in Terminal"
0
how to run this everytime after a reboot
5
execute script when closing terminal
1
Moving a bash script to /bin directory
3
sed command works in terminal but not through bash_aliases or a bash script
0
Making a bash script executable from everywhere in Ubuntu 20.04 LTS server