Are there any alternatives to KRunner for Kubuntu?

The one feature/program I really admired in OSX was Alfred: a smart application/file launcher.

Alfred returned incredibly relevant results after only typing a single character - for example, 'C' always matched Chrome as it was the most used application on my system beginning with 'C'.

Unfortunately Kubuntu's equivalent, KRunner, requires at least 3 characters to match, does not perform fuzzy logic (so is not forgiving with typos), and I get the impression it doesn't order by most-used. It also seems to favor emails, open windows and files over applications... I may not be entirely accurate on the latter two, but suffice to say the top suggestion in KRunner is infrequently what I expect.

Does anyone know of any alternatives? Overall I am finding Kubuntu far more productive than OSX... I just wish it had Alfred :P

Synapse is a graphical launcher enabling you to start applications and also to quickly find and access relevant documents and files (by making use of the Zeitgeist engine).

I didn't try it in KDE, but I believe it works. After installation press Ctrl+Space to start searching.

Description: Simple application launcher for the Plasma workspace A launcher which analyses text-based queries to launch items, such as programs and folders. 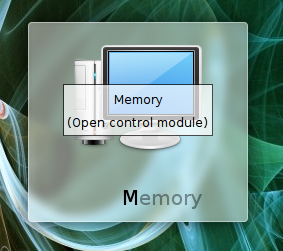 Install with sudo apt-get install mangonel, then after installation press Ctrl+alt+space to launch it.

One launcher that I find to be very useful and configurable is Homerun . With homerun you can search, browse and launch apps, browse files and folders, launch commands, launch websites, make calculations, search for nepomuk tags... and since you can add krunner you can do everything krunner does. Additionally it's quite configurable. 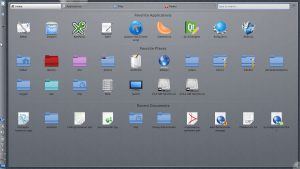 I do not know, however, how are items priorized, but at least you can create custom tabs to filter specific tasks.

Homerun comes installed by default on Kubuntu 13.04 (Although it is disabled by default: you'll need to add it into a panel or desktop as a regular widget) and can be added via ppa to kubuntu 12.10.

Apart from Synapse which has already been mentioned, here's the list of some other modern launchers that look promising:

Not the answer you're looking for? Browse other questions tagged shortcut-keys kubuntu kde krunner or ask your own question.

3
Kickoff and Krunner to search with less than 3 chars in search field?

1
Is there any equivalent for Jupiter for Kubuntu?
1
change the window resize mouse button for kubuntu-desktop
3
Custom shortcut for krunner in Kubuntu
1
Kubuntu Krunner invisible after undocking
1
Are all the softwares which are there for Ubuntu available on Kubuntu?
1
Is there an alternative task switcher to KRunner which is focused exclusively on window switching?
5
Where are the debug symbols for plasmashell (Kubuntu 19.04)?
1
Is there a way to force to krunner to run any string in konsole?