How to re-enable Unity WebApps in Ubuntu 13.04?

Back in previous versions of Ubuntu I've removed Unity WebApps packages. Now I want to reinstall them.

Besides when I go to Chromium settings there is no Desktop Integration properties at all, though 'Unity WebApps Chromium extension" is enabled. 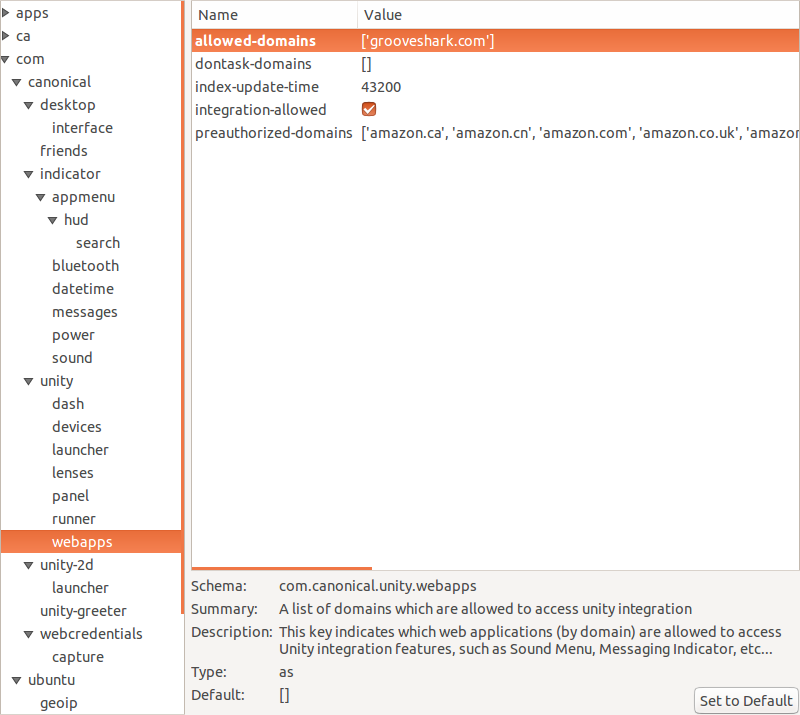 UPDATE (Also See UPDATE 2 below): After some package reinstallations I got this message when I visited twitter.com with Chromium:

When I accepted and opened Twitter app from the Dash it was opened as a standalone Chromium app, but there still were no additional Launcher options when I right-clicked the icon. I think it still hasn't integrated properly.

Update 2: I just tried to install Reddit app, accepted the confirmation box in Chromium but Reddit app has not appeared in the Dash. Seems above mentioned Twitter app was a remaining of the times before I removed packages.

In Chromium, Desktop Integration is changed now to Installed Websites: 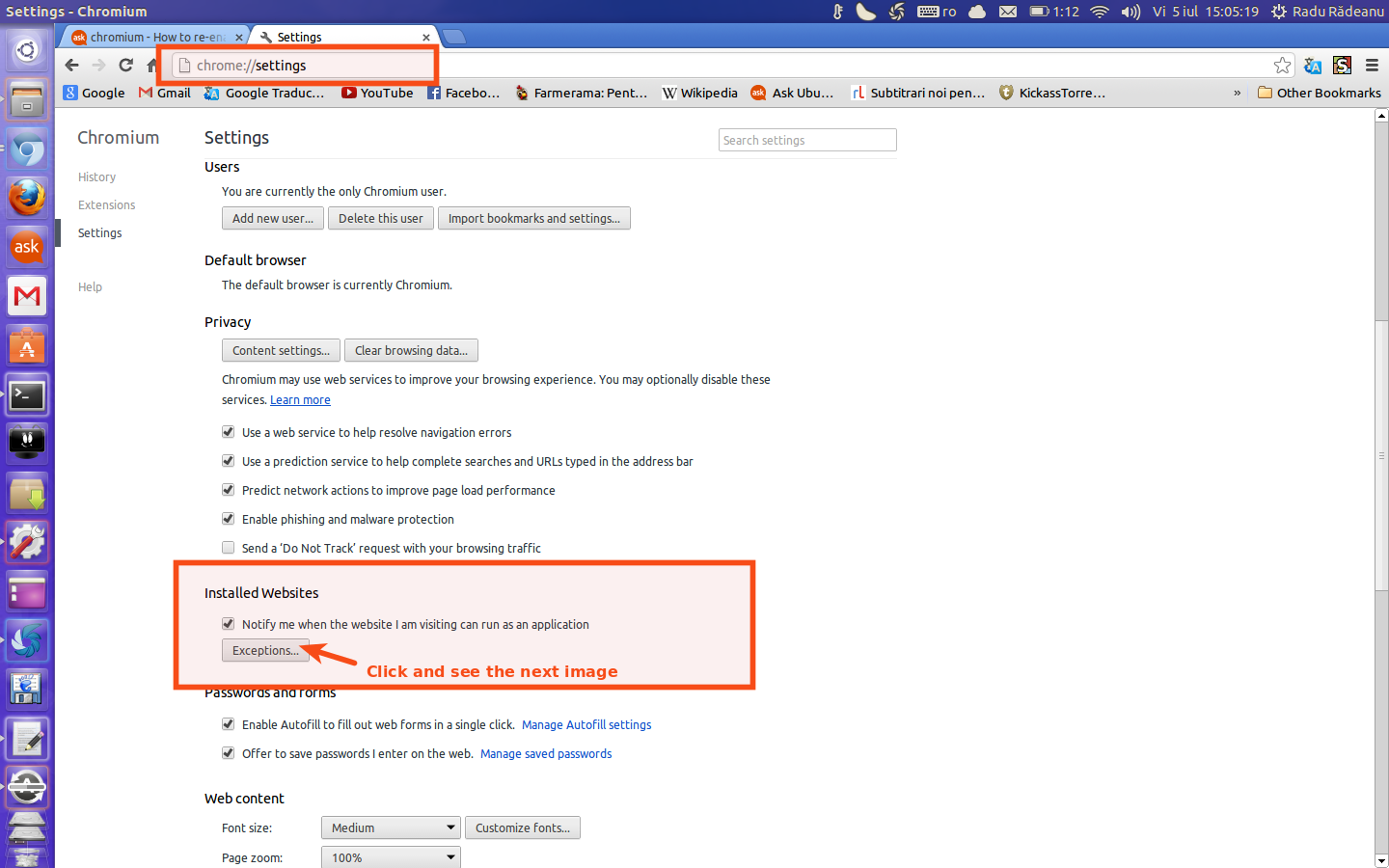 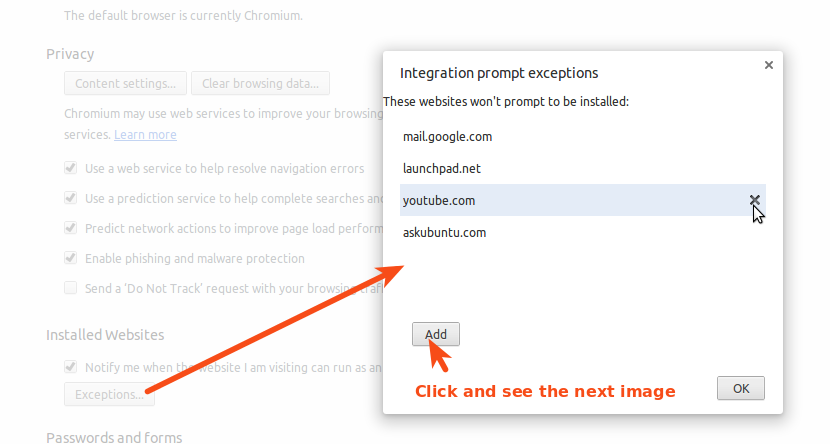 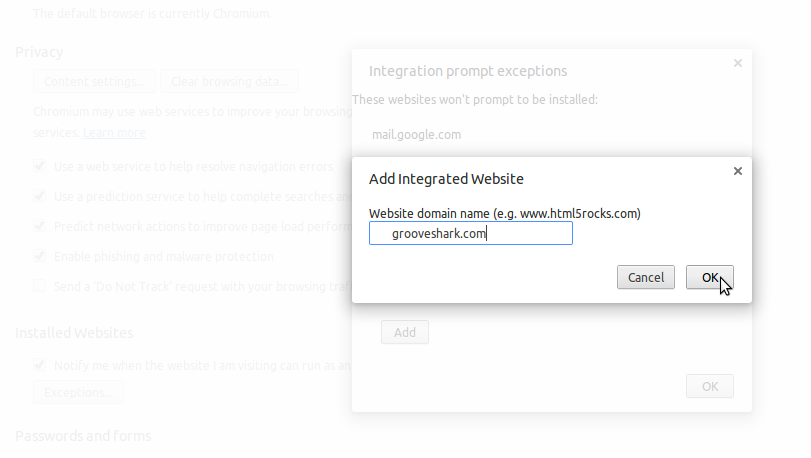 Firefox offers the same functionality through the General section: 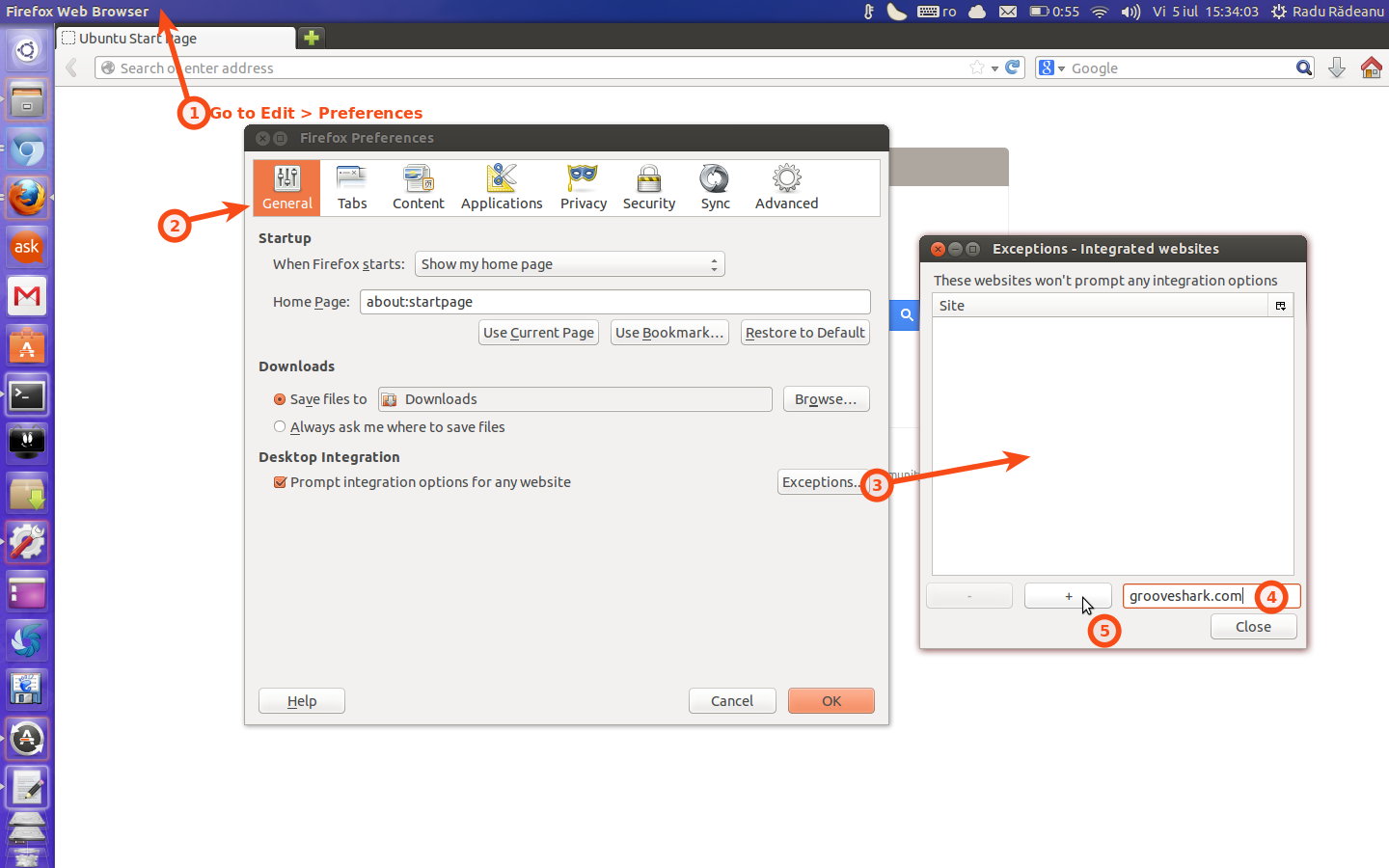 Until now you sow where you can find the exceptions for web applications and, implicitly, from where to remove this exceptions. Here is a list of sites that support integration in Ubuntu: http://www.omgubuntu.co.uk/2012/07/list-of-that-websites-support-unitys-new-web-apps-feature.

Related to Grooveshark Web App, according with this post, is not working for the new layout of the site.

Next you will see how to manually create a simple web application for the sites that doesn't offer integration in Ubuntu. 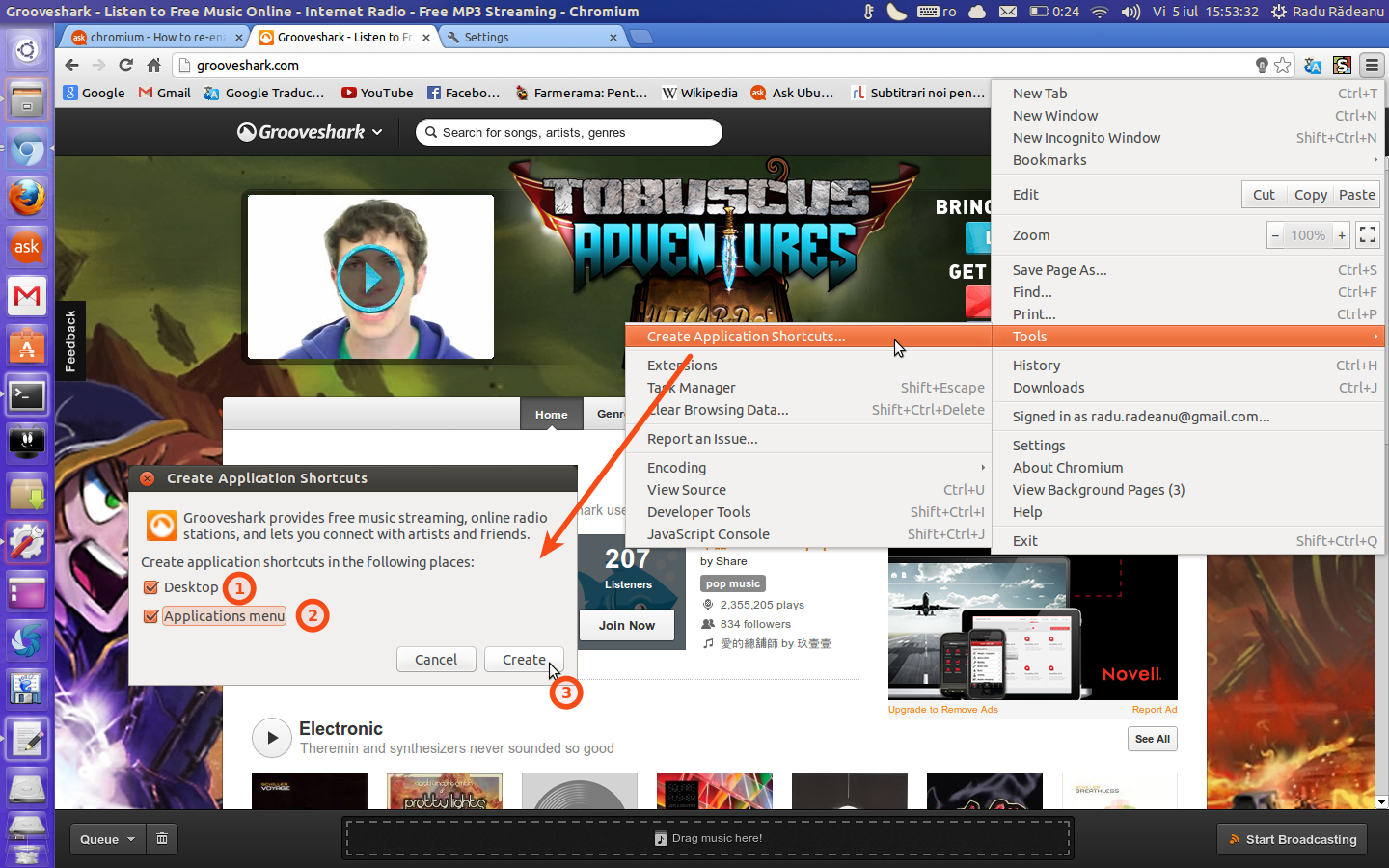 Add the application from desktop to Launcher by dragging and drop: 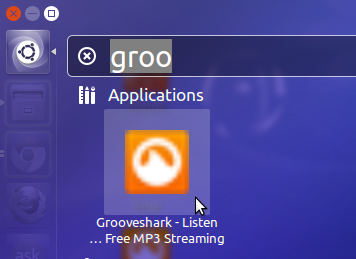 The last thing that you can do is to change the icon of application to a better one. To do this, search in Dash for alacarte to open Main Menu: 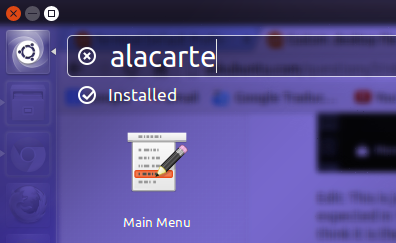 In Main Menu search for the application for which you want to change the icon: 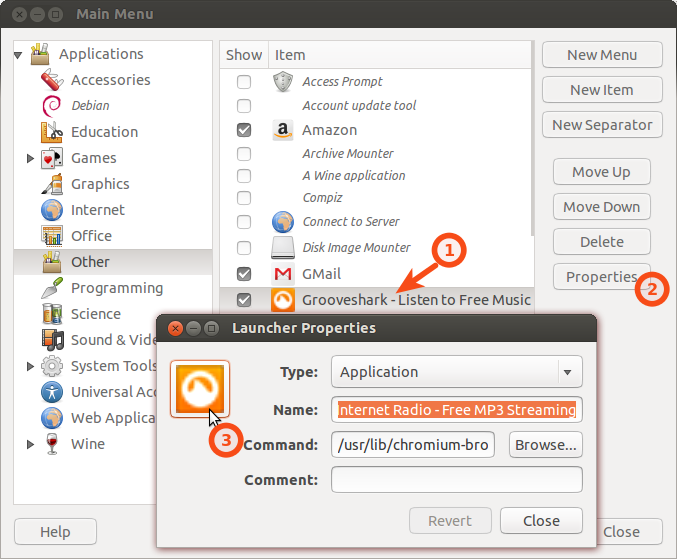 Reboot or log out and then back in and it should work.

Not the answer you're looking for? Browse other questions tagged unity chromium webapps or ask your own question.

2
menu not showing in apps when maximized 12.10
1
Cannot get web-apps working in Ubuntu 12.10
0
My Chromium web apps make a double icon
3
Unity webapps icons names
0
YouTube webapp crashed after upgrade to 13.10
19
How to get back unity webapps to firefox integration?
2
Separate icons for Chromium and Hangouts in Unity (Ubuntu 16.04)
9
Chromium (Snap) on Ubuntu 20.04 - Some webapp shortcuts not working - workaround