I tried installing samba from Ubuntu Software Centre and from command line after installing .

When I tried opening it is now showing in the application launcher or now working through command line. 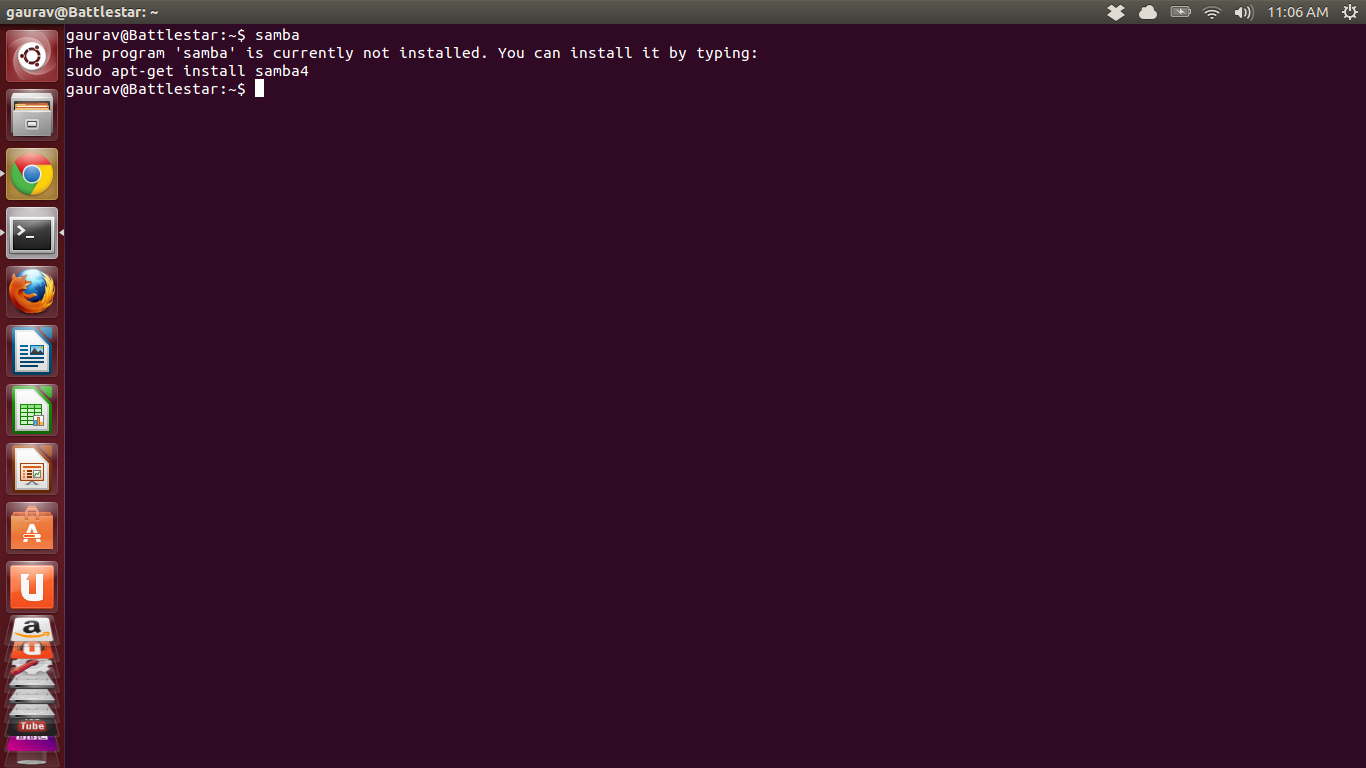 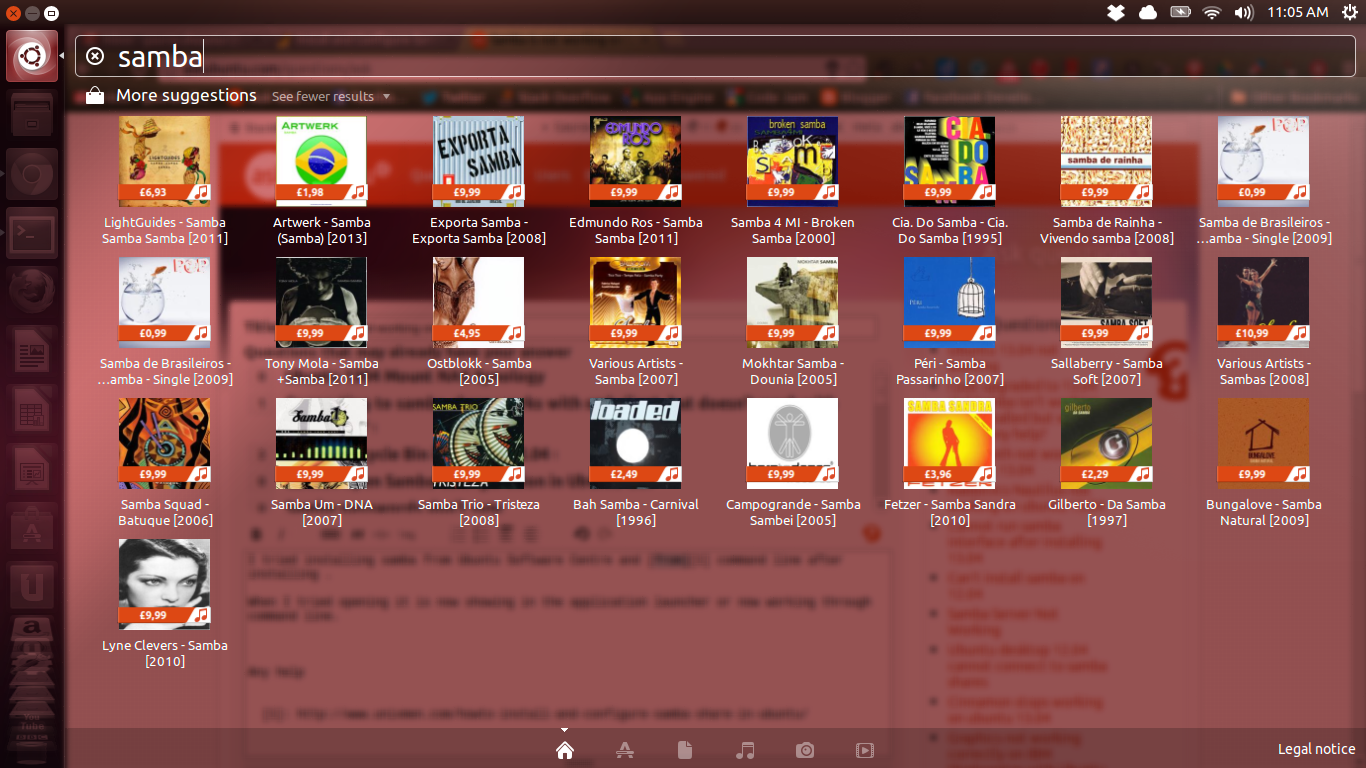 I had the same problem. Here is the solution that worked for me.

NOTE: If you have tried the installation and it doesn't uninstall Samba, Samba-common, system-config-samba first. to do it just replace "install" with "remove" in steps 3 & 4

The Samba icon showed up on the launch bar and everything worked fine.

As Bart.a points out, samba doesn't work that way. The package called samba|samba4 just provide the modules and tools to allow applications connect trough the CIFS protocol to NetBIOS implementations. But, lets quote the Wikipedia article:

Samba is a free software re-implementation of the SMB/CIFS networking protocol, originally developed by Andrew Tridgell. As of version 3, Samba provides file and print services for various Microsoft Windows clients and can integrate with a Windows Server domain, either as a Primary Domain Controller (PDC) or as a domain member. It can also be part of an Active Directory domain.

Meaning, samba isn't an application with a GUI, but a module/service to *nix systems.

The samba client is mostly manageable with the defaults file browsers (Nautilus, Konqueror, etc...), with little or none configuration. To check all the SMB/CIFS resources available in your network, just typing network:// normally should show the results. For sharing files/devices/resources you need the samba-server, which is too configurable using the tools provided by Gnome, KDE, Unity without problems.

There are plenty of tools that allows you to browse your resources, graphically control your samba client/server here, some of them already mentioned.

I think you did not install all the packages you need. I think you can use the command-line version, but you're looking for the GUI one, right? Please try the following. Found that here

Install dependencies for the tools:

Now you can look up the samba tool in unity and start configuring your shares. In the link you can also find a description on how to make shares.

Good luck. And if you can't get it to work, come back here to the forum.

Not the answer you're looking for? Browse other questions tagged software-recommendation samba or ask your own question.

2
I just upgraded to 13.04 and Samba isn't working. It is installed but will not open. Any help?

9
How do I completely reset Samba to the shipped defaults?
2
I just upgraded to 13.04 and Samba isn't working. It is installed but will not open. Any help?
4
Cannot run samba interface after installing 13.04
3
Diagnosing Samba
0
Samba is not launching ubuntu 18.04
1
Cannot reinstall samba
1
samba printing not working from Ubuntu 18.04
0
Samba shared directory not found in windows machine