Every time I download a file and try to install, this is what I get in terminal:

and if I try to click on the .exe file itself, the Archive Manager pulls up and I get this:

You can install WINE to install Windows programs. This is a software for running Windows applications in Linux platforms. I should mention that not every Windows program will run correctly with WINE. But you don't loose anything trying.

The apt command is not the way to install EXE files, the correct procedure is the following: 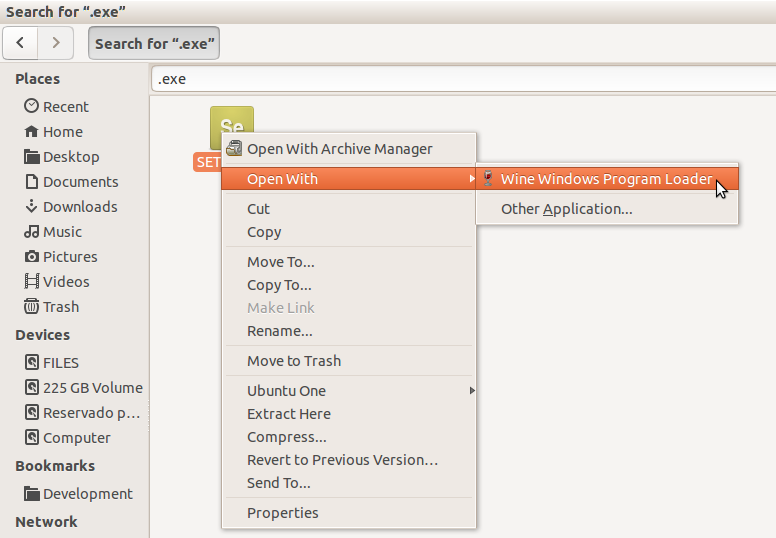 The rest depends on the setup method of the software. Example: 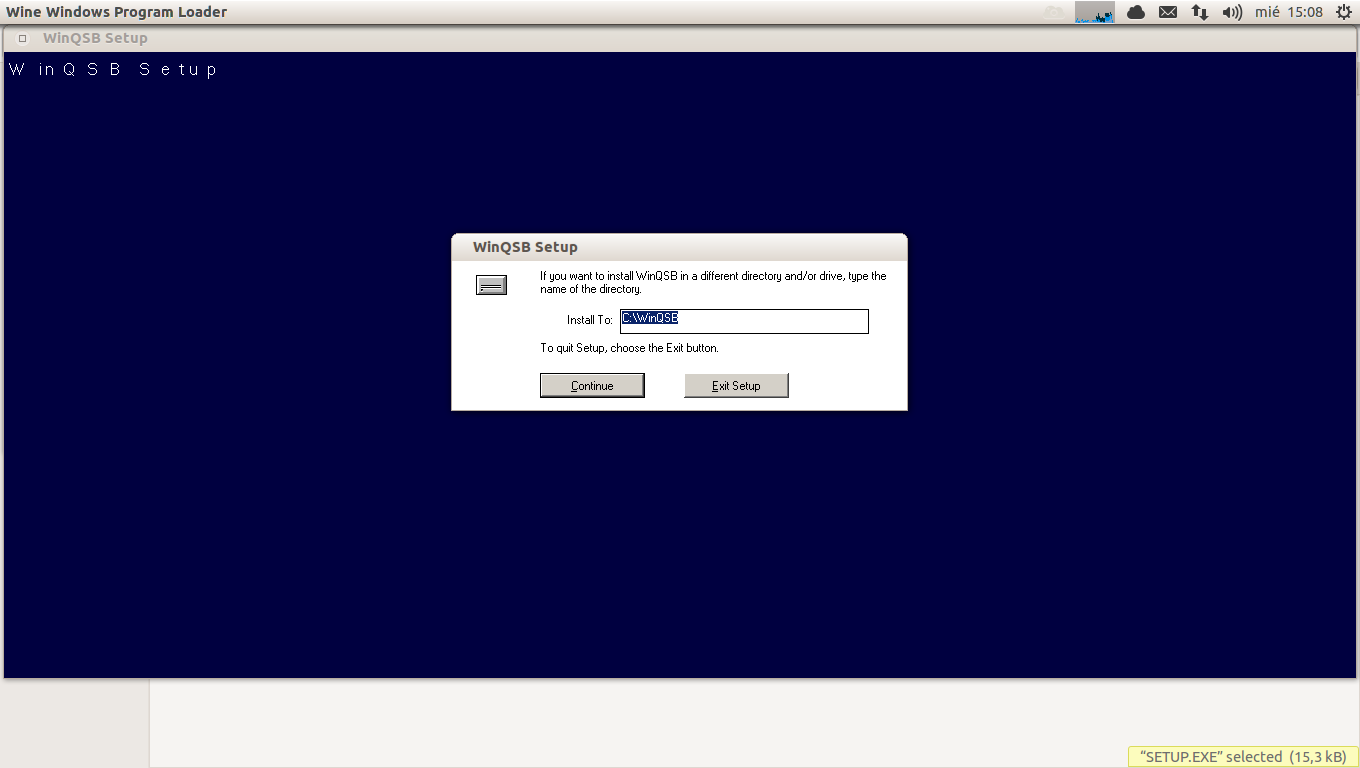 Answers here have good information... but none seem to explain why the command you're running doesn't work. But psusi's comment does:

Square peg, round hole. apt-get install downloads and installs a package from the Ubuntu software repository, it does nothing with a local file, let alone one that is a Windows executable file.

To expand on this, apt-get provides functionality that doesn't correspond to anything in Windows. In Ubuntu, the most commonly used and highly recommended way to install software is by using the built-in package management system to automatically download it and install it. This keeps it updated as well--when you run the Software Updater, it updates everything installed in this way.

One good way to look at package management in Ubuntu is that it has two layers:

The package manager itself (dpkg)

The dpkg utility and the database it uses and maintains performs the actual install, remove, and update operations (including running installation and removal scripts included in the packages) and keeps track of what packages are installed in what versions and what dependencies exist between packages.

You can run dpkg on a file on your computer, but it has to be a .deb package file. If you manually downloaded such a file (suppose it were called foo.deb), you could install it with dpkg by running:

There are also graphical frontends for dpkg, such as gdebi.

Comparison: dpkg and the Windows Installer

dpkg actually does correspond to part of Windows: it corresponds to Windows Installer, which consists of an installation utility, a system service, and a database (part of the registry) to keep track of what is installed. There's even a command-line utility for it: msiexec.exe.

A .msi installer package on Windows corresponds to a .deb package on Ubuntu and the other operating systems (e.g., Debian) that use dpkg.

We often say APT is the part of Ubuntu's package management system responsible for:

APT is part of Ubuntu and it does these things. However, not all tools that do these things are frontends for the programs that are part of APT. For example, the Software Center and Update Manager don't actually call apt-get behind the scenes when they install and upgrade software.

They do, however, use the databases and (to an extent) the APT configuration files and log files. And they do their jobs by closely following the rules laid down by APT's developers, so maintain compatibility. (There's another command-line alternative to the APT tools as well, called aptitude. It also does not call apt-get or other APT tools behind the scenes, but behaves much like them.)

Unlike dpkg, APT (and the Update Manager / Software Updater and Software Center) do not correspond well to anything on most versions of Windows.

The Windows Store is much like the Software Center... except that it is not currently usually involved in upgrading core components of Windows (one notable exception is upgrading Windows 8 to 8.1), and on versions of Windows that support desktop apps, it is not used to install and upgrade most software, but only Metro apps.

In contrast, on versions of Windows that are Metro-only, like Windows RT, all apps are installed through the Windows Store and it is like the Software Center.

On Windows, Windows Update will upgrade official parts of Windows when bug fixes and some feature enhancements are released, and Microsoft Update (which can be enabled by the user) will upgrade some other official Microsoft software as well.

But most software on Windows is not maintained by these utilities, which is in contrast to the Update Manager / Software Updater on Ubuntu, where even unofficial software can come from software sources that provide updates, and where software from the official repositories is not mostly written or maintained by Canonical.

To clarify further why this does not work...

With this information, I hope it's clear why sudo apt-get install something.exe will not work: This is like going into the Windows Store and trying to run "something.exe" from it. It's the wrong tool for the job.

Lucio's answer explains well how to (attempt to) install a Windows executable on Ubuntu with Wine. If you want to do it from the command line, you can do that too (though the installer will still be graphical):

Because .EXE files are Windows-only. You need Wine to run them.

That's cos you need to install the Ubuntu version. You downloaded the Windows exe.

Not the answer you're looking for? Browse other questions tagged apt software-installation or ask your own question.

102
How can I install Windows software or games?
17
How do I install wine?

0
“apt-get” ruined after a failed PPA addition. How do I fix this?
2
How can I fix this dependency issue that broke Makerware with my last update?
0
Error get while installing ardupilot on virtualbox ubuntu 14.04.3
3
Install Landscape dedicated server
0
The package sublime-text needs to be reinstalled, but I can't find an archive for it?