Can not boot after a terminated upgrade

I have moved my HDD with Ubuntu 12.04 to a new PC, but the wired LAN didn't worked, so I have booted the computer from a 13.04 USB stick to see if it is working there (it works), and started the installer with the upgrade option, but stopped it at the step when it asks for my real name (it is one of the first steps).

Now I have got an error saying something like Invalid or corrupt kernel image... when trying to boot from the HDD.

I have checked the partitions with GParted, and they seems to be fine.

Is it possible to somehow fix the old installation?

Update: Sorry, this error message only occurs when trying the "Boot from first hard disk" option from the UNetBootin menu.

The following error occurs when I remove the USB stick and try to boot from the HDD:

Update2: Tried Boot-Repair as bodhi.zazen suggested, and got the following error:

Update3: I can't see the /dev, /proc and /sys folders on the old partition. I think that the updater already deleted them...

Update4: I have lost the /etc and /var directories as well (with lot of data and a vboxed windows). Tried many recovery application with no luck... Everything was messed up so I ended up with reinstalling and recovering from backups... 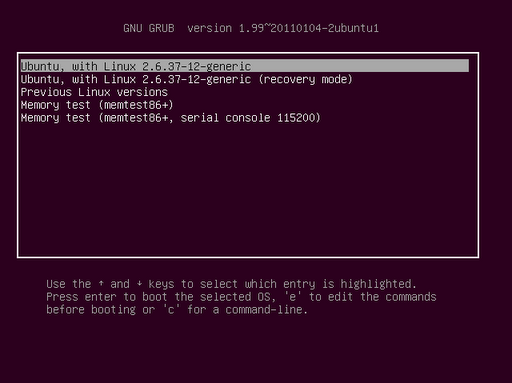 Remove and re-install the new kernel.

Not the answer you're looking for? Browse other questions tagged boot upgrade or ask your own question.