After couple of years, I decided to return to Ubuntu, from Debian (sid). I used to work with KDE, so I installed Ubuntu 13.04 and "kde-standard" on my laptop.

SHORT: "Display configuration" is not available in Ubuntu+kde-standard, so I can not configure two displays... and default configuration is wrong. Tested Ubuntu+Unity and Ubuntu+Gnome3... both works well. Installing Kubuntu insted Ubuntu works, but I prefer Ubuntu.

LONG: I have two displays for my laptop: the laptop one and an external display that is connected throw HDMI port. Under Ubuntu+Unity, I can configure resolution and displays relative position (one relative to the other)... but not under KDE... and KDE does not use automatically the right configuration, it uses a mirrored screen, with 4:3 resolution on both screens.

Now, I have installed Kubuntu instead Ubuntu and there is "Display Configuration" menu... but I prefer >>>> Ubuntu... x_x

Can someone help me?

There are many ways to install the KDE desktop. The kde-standard (http://packages.ubuntu.com/raring/kde-standard ) doesn't have the KDE screen setup modules as dependencies. They can be installed later. 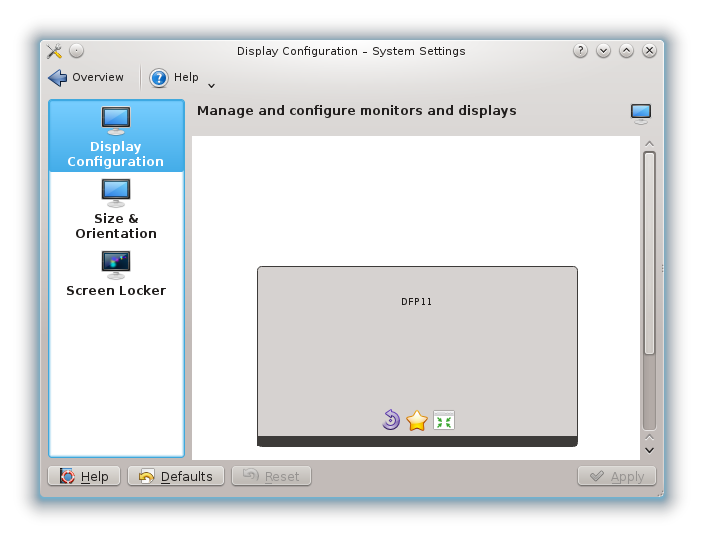 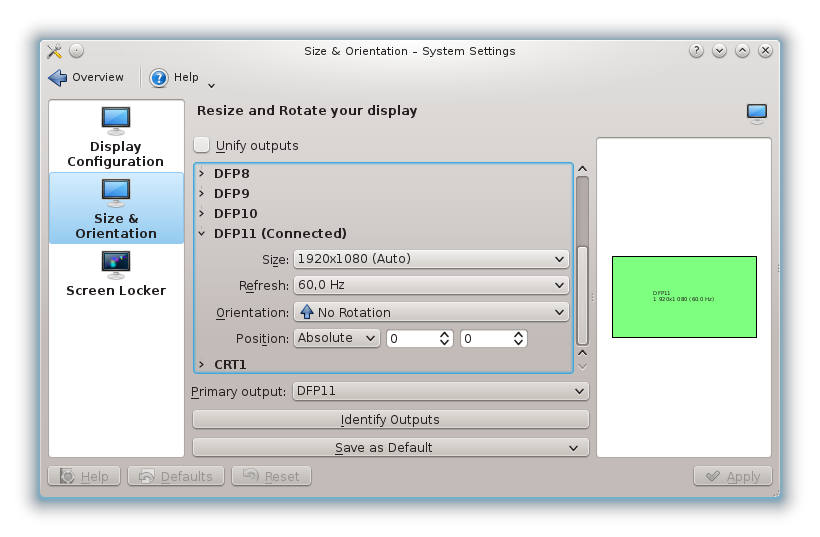 Both modules can be installed side by side. Both have own quirks: http://www.kubuntuforums.net/showthread.php?62632-How-do-I-undo-display-resolution-changes

What is your video card ?

In my case, I have an nvidia video card, I can use the Nvidia X server Settings to enable the Twinview.

Now I can use my two screen independantly

Not the answer you're looking for? Browse other questions tagged 13.04 multiple-monitors kubuntu resolution kde or ask your own question.

0
Persistent dual-monitor configuration on KDE4
0
Ubuntu 16.04; external monitor; after reboot, no longer working as dual monitor, only working as mirrored
0
Change lock screen to gdm in kubuntu (kde)
0
Is it possible to quickly enable/disable a monitor in a dual monitor set-up (desktop)?
0
KDE: false detection of "switch to external screen"
2
KDE - Displays only shows monitor or laptop screen, not both