How to downgrade packages on Ubuntu?

Update Manager keeps packages at the latest version, but occasionally a new package version may not work as expected or properly. How to downgrade an installed package and lock it at a specific version to prevent it from being updated? How can I do this using GUI or using a Terminal?

After you done this, open the Synaptic Package Manager from the Dash:

Search for the package you want to install an older version of in Synaptic, select it, and use the Package > Force Version option: 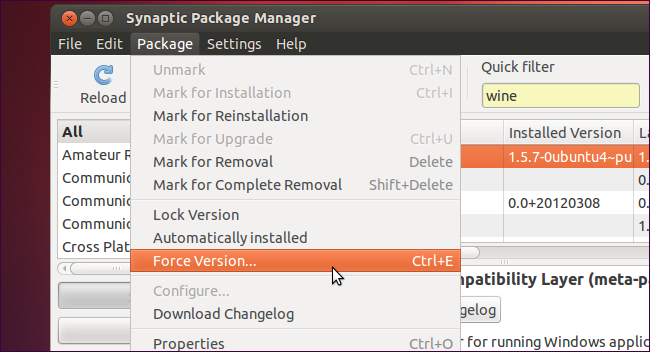 Select the version you want to install and click Force Version. Synaptic will only show you versions available in your repositories:

Click the Apply button to apply your changes and install the older version of the package, assuming everything works properly. 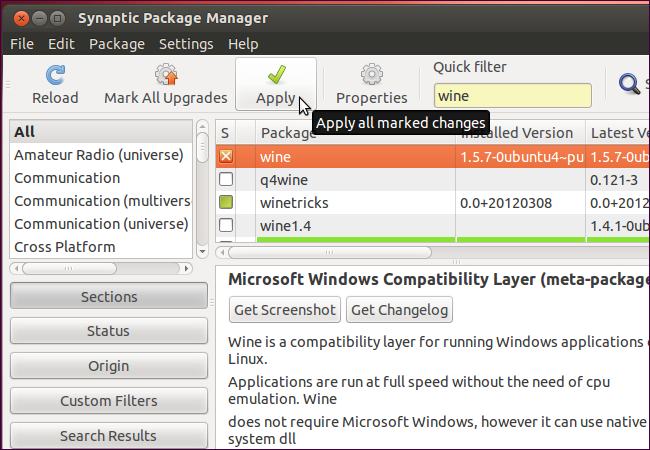 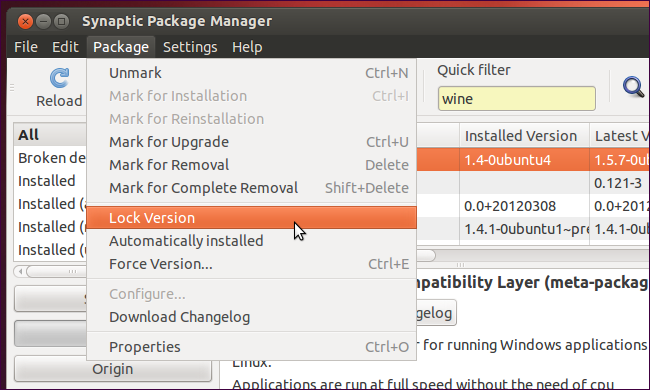 You can install a specific version of a package with apt-get in the Terminal. First, determine the available versions you can install with the following command (use for packagename the name of the program that you want to downgrade):

Next, run the apt-get install command and specify the package version you want to install (use for version the version number previously determined of the program that you want to downgrade):

After it’s installed, run the following command to hold your installed version, preventing the package manager from automatically updating it in the future:

Found an exact hit lets look at the package page for php5 :

We can see the different versions of Ubuntu releases here we are at trusty: 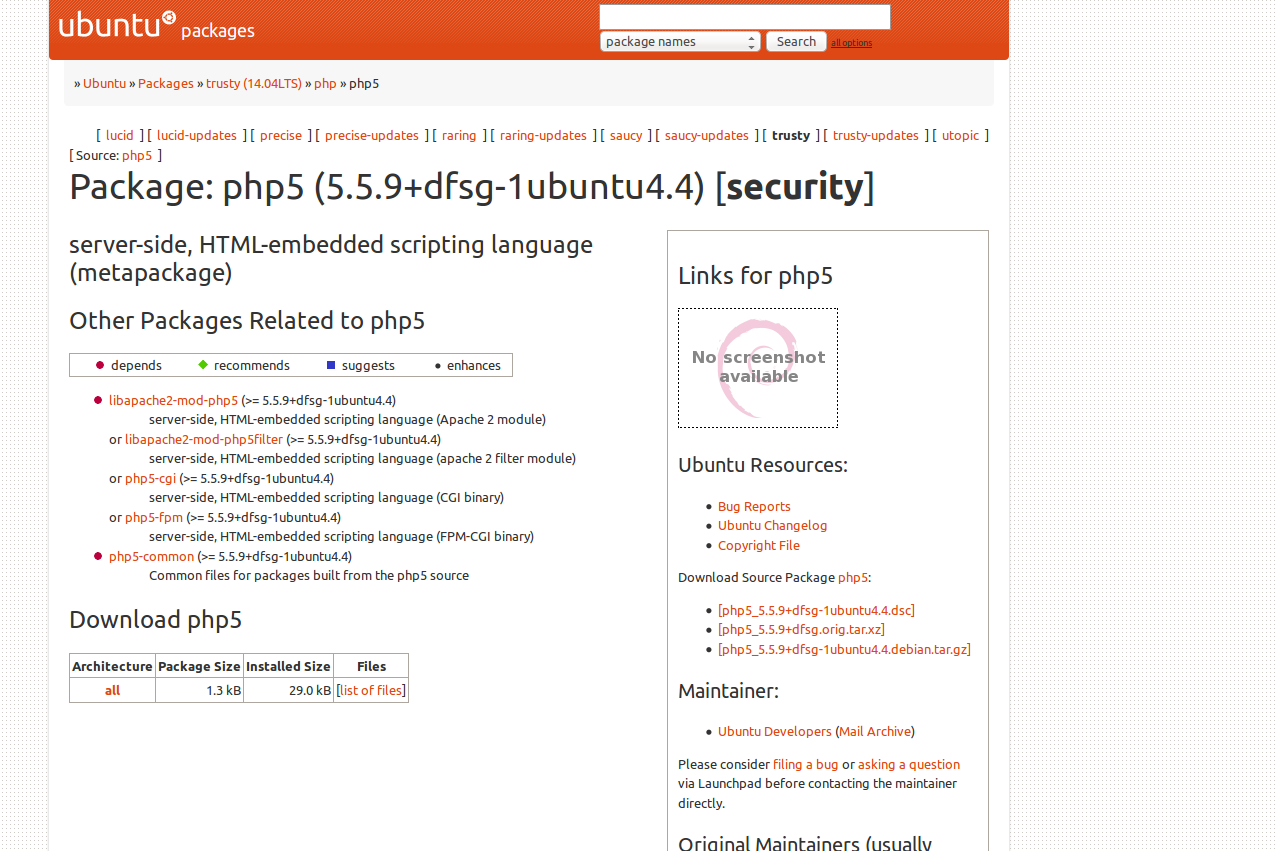 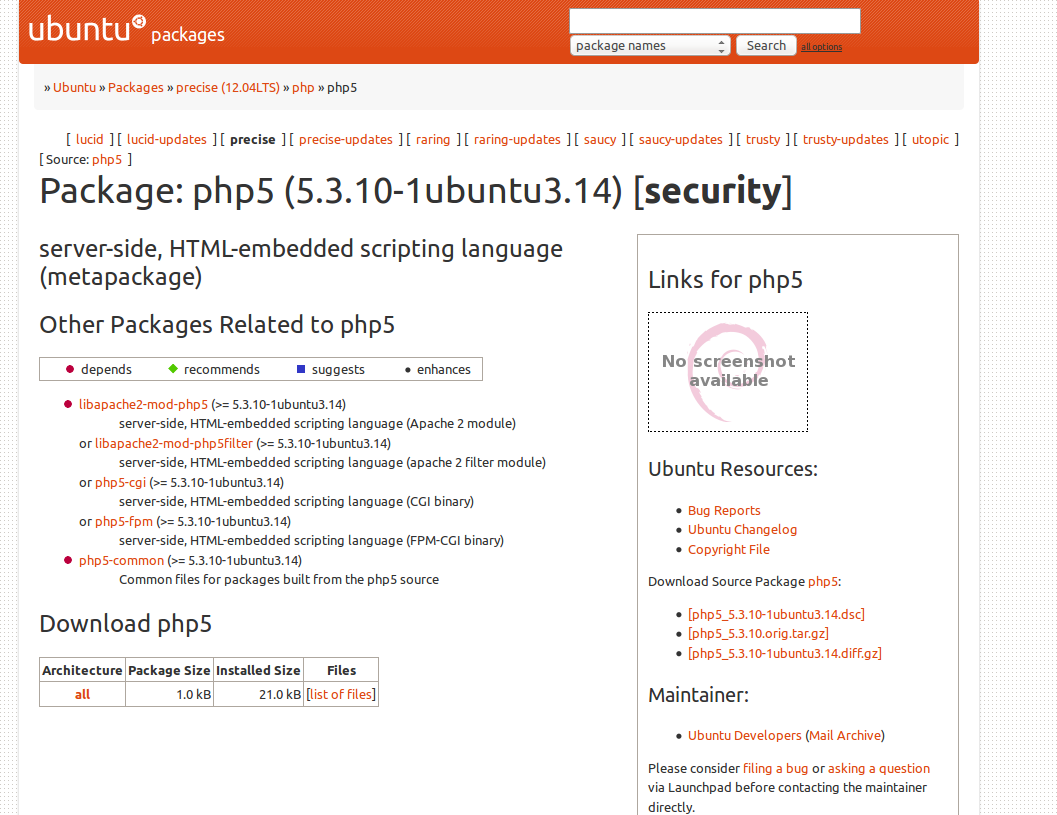 And then extract the tar file and install it:

Possible issues that one could run into when running ./configure:

Not the answer you're looking for? Browse other questions tagged downgrade or ask your own question.

14
How can I add a PPA from a previous release?
6
How to downgrade a package using dpkg
3
Ubuntu 14.04 Nvidia-331 Update Problem
8
Scrolling issues with chrome
0
How to downgrade the gnome terminal
0
How to downgrade smbclient
0
Installing GLIBC from source
0
Google chrome doesn't open in Ubuntu 14.04
2
How to place desktop icon titles in the center?
1
How do I rollback Recent Updates? 50+ crash reports upon login
see more linked questions…