What's the history about the Shift + Arrow keys in terminal?

I'm wondering why Shift + Arrow Key result in one of the A, B, C or D letters.

Why not other letters? Why any letter at all?

Terminal emulators such as gnome-terminal ("Terminal" in Ubuntu) but also xterm and urxvt are named "emulators" because they reproduce the behavior of older terminals which were the only display of a computer. Such terminals communicated with the computer with a text-based protocol and were initially designed to receive only text. Quickly, more control was needed: how to erase a line? Use colors? Or change the cursor position? 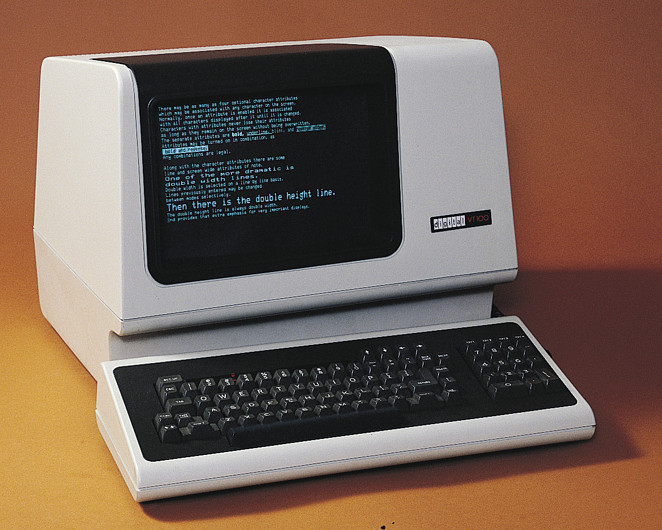 Escape sequences were designed for every terminal to do such things. They are named escape because they start with the ASCII escape code: 33. There's no way to print such a character directly, which makes it a good fit for such sequences. When we still want to display this characted, ^[[ is used, and this is what I'll use in my explanations.

When the terminal received ^[[A, it did not mean "print ^[[A", but "the user pressed the up-arrow key". "A" here is totally arbitrary: it just happens to be the letter everybody agreed on, because that's what the DEC VT-52 and its successor the popular VT-100 terminal used. 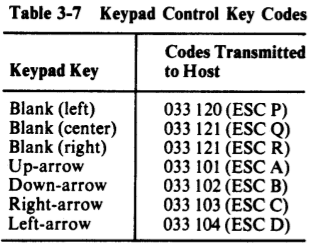 This is still the way terminal emulators work today: depending on the $TERM variable, a database named terminfo is responsible for saying what codes should be sent to the shell (bash, sh, zsh...), which is then responsible for understanding them and react to them.

Now, the code for Shift + up happens to be ^[[1;2A: the terminal emulator sends this code to the shell, which tries to interpret ^[[1;2 but does not display anything because it doesn't know about that escape sequence. But A is left and displayed.

8
Using the SHIFT key in Terminal

41
shortcuts to select text in terminal
53
Backspace, Tab, Del and arrow keys not working in terminal (using ssh)
13
Terminal insert A B C D on shift+arrows. Solution?
2
Keyboard not working in Terminal
5
.bashrc edit messes up terminal command arrow-up history print
0
Losing arrow keys in vim under screen
1
How to select by the word in the terminal with quick keys?