I am looking for a program that runs on Ubuntu 12.04+ x86_64 which allows pasting pre-defined text based on hotkey combinations. For instance:

Since Autokey is defunct, here is how I accomplished this.
First install xclip and xdotool:

Now write the text you want to paste and save it in a text file. In this example I wrote my address in a file I called address.

xclip -in -selection c tells xclip to copy the contents of the file you saved. In this example, that file is at ~/scripts/xclip-scripts/address.

The sleep command simply allows enough time for xclip to finish copying before xdotool starts trying to paste the text.

The xdotool command actually does the pasting of the text that xclip copied from your text file.

Save your script and make it executable.

The last step is to bind a shortcut key to your script. In Ubuntu this can be set by going to System Settings/Keyboard/Shortcuts and create a custom shortcut. 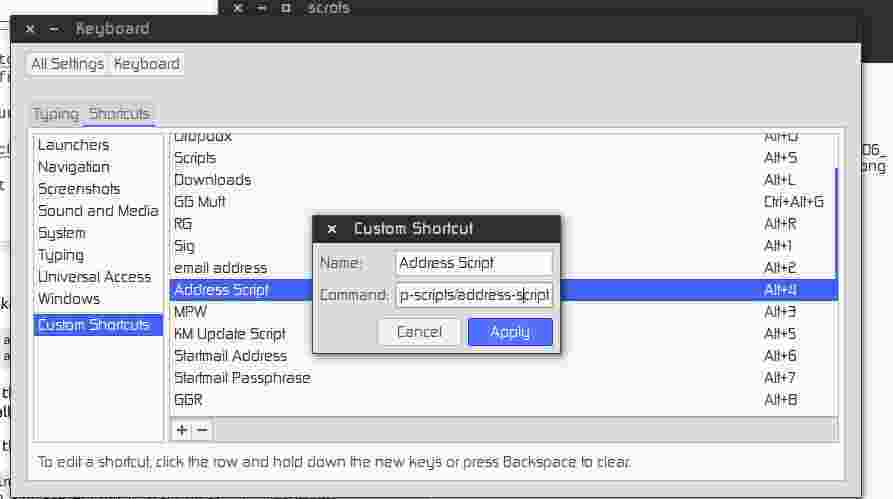 You can use autokey.

Not the answer you're looking for? Browse other questions tagged software-recommendation shortcut-keys key-binding or ask your own question.

0
ubuntu how to assign key to email address
3
How do I type a 'µ' (micro) symbol?
2
Possible to have "yes" as a keyboard shortcut?
1
How to use keybinding to a string of text?