Google Chrome update itself (without permission) on Ubuntu 12.04

I use Google Chrome and it is a addictive browser, it is super fast.

But it forced updated itself on my Ubuntu 12.04 today, which I did not like at all.

This causes Ubuntu's package manager to automatically upgrade Google Chrome when a new version comes out.

If you want to stop this from happening, you can disable that software source. 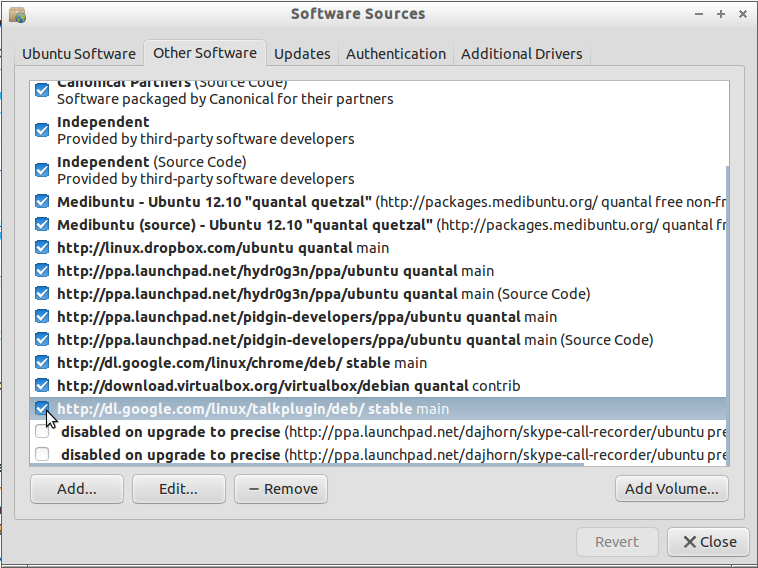 Uncheck the box to the left of it, to disable that entry. Now Google Chrome will not be automatically updated.

Alternatively, you may remove the entry (by selecting it and clicking Remove). Disabling it by unchecking the box is just as effective at preventing Google Chrome from being automatically updated, however.

When you installed the google-chrome-stable package (after downloading it from Google), it enabled its software source for updates on your machine by creating a file called google-chrome.list in the directory /etc/apt/sources.list.d.

If you rename that file to google-chrome.list.save, the software source will be disabled (like unchecking it in Software Sources, as described above).

If you delete the file, it will be removed entirely (though disabling it is sufficient for preventing Google Chrome from being automatically updated.

To delete it in the Terminal, run:

However you remove it, you may have to remove it again later.

Why does Google Chrome add its software source?

Because many updates to web browsers including Google Chrome include fixes for security vulnerabilities. Running a web browser with known vulnerabilities is unsafe. Many security exploits these days, like cross-site scripting exploits, don't depend on what operating system you run. Running Ubuntu instead of Windows does not protect you very much from many browser security bugs.

Since it is usually dangerous to run an old version of Google Chrome, installing Google Chrome also enables its software source so that it is automatically updated.

Therefore, you may wish to reconsider if you really want to prevent Google Chrome from being automatically upgraded when a new version comes out.

Untick it in the image below (see the last one) and tick it again whenever you want: (You can get this screen by selecting 'Software and updates') 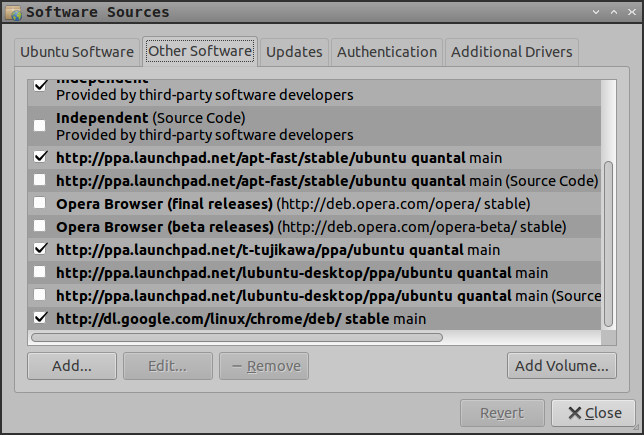 Not the answer you're looking for? Browse other questions tagged updates permissions google-chrome or ask your own question.