What does: Error Broken count >0 mean?

I have the message:

by right-click on it, this error message written in it:

An error occurred, please run Package Manager from the right-click menu or apt-get in a teminal to see what is wrong. The error message was :'Error:BrokenCount>0'. This usually means that your installed packages have unment dependences

Also you can use command instead: sudo apt-get install --fix-broken

As the message says, you might have bad repositories. You can either remove them, or remove all repositories and only keep the default ones.

This will open the software sources dialog. Click on "Other Software" and remove all third party repositories. 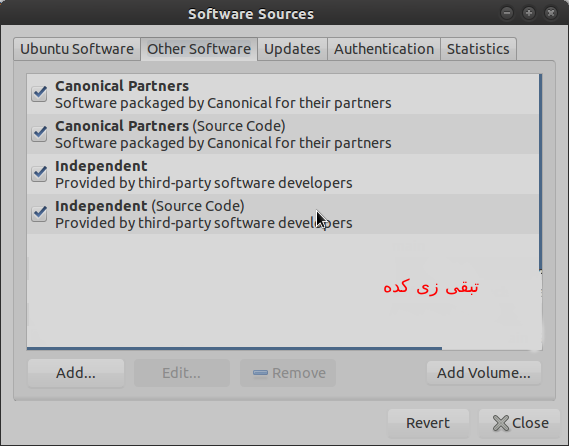 After that, run this command and see if the problem has been solved:

Run this in the terminal

This solved the issue

If you have installed Synaptic Package manager then simply filter the broken packages and mark for complete removal. And then hit apply!

Open a Terminal and type sudo apt-get upgrade. Check if you see an error similar to:

It means that the upgrade was halted midway. You need to complete the upgrade manually by typing the following commands:

In this case, the upgrade process was unable to remove its lock file before exiting. Let's remove the lock files and try again:

That's it. You should be good to go now.