If I suspend my Xubuntu 12.10, and then take my computer off the suspension, it doesn't request any password. I have tried adding the gnome-screensaver on autostart settings, which I read somewhere (go to settings manager>sessions and startup>application autostarts>add [gnome-screensaver]), but that doesn't work.

How can I make my xubuntu request a password after suspension?

In Xubuntu 12.10, session is no longer locked when you Suspend, so it doesn't ask for a password on wakeup. To solve this, we need to make changes to xfce4-session and xfce4-power-manager.

Run the following commands in terminal (press Ctrl + Alt + T) to make changes to both xfce4-session and xfce4-power-manager to lock the session when you Suspend:

We need to make changes in both Session and Startup as well as Xfce Power Manager. 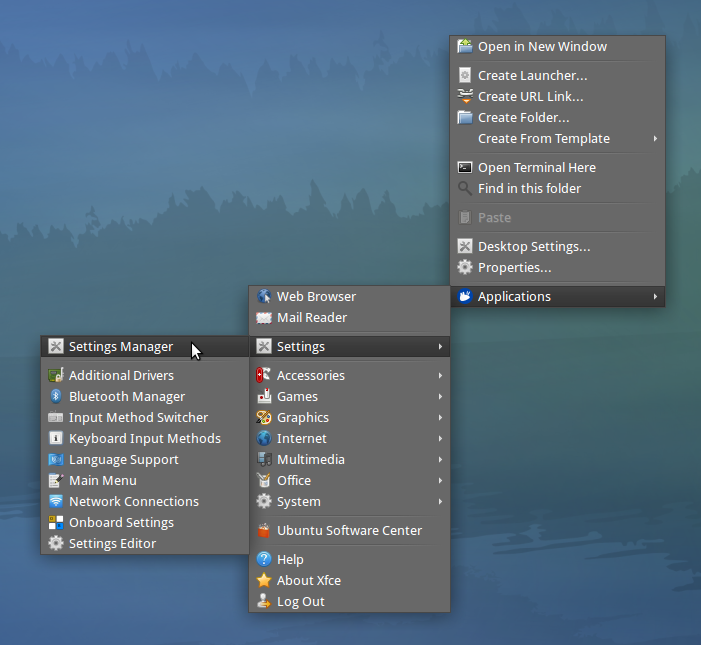 Once you have made the changes, you should be asked for the password when you wakeup after Suspend.

A key component is that light-locker must be running in order for screen locking to work! I was stuck on this for a while, because the answers provided were not working for me, which didn't make any sense. Then I tried fiddling around with light-locker for a bit and realized that it wasn't set to run automatically on startup (thus, screen locking was not working in general, not just on suspend). Upon re-enabling light-locker from startup, these solutions worked :-)

Long story short: if these solutions aren't working for you, go to whisker menu --> settings --> session and startup --> application autostart, and make sure that "screen locker" is ticked.

I solved this with a script, tied to keyboard shortcut: CTRL+SUPER+DELETE.

Create the script in /usr/local/bin, and call it something like lock_and_suspend:

It works by simply locking the screen before suspending the system. The sleep command is necessary because the screenlock needs time to take effect. Suspend will stop it before it has finished if there is no pause between them.

You may need to install xscreensaver. The screenlock is usually executed by xlock4. But xlock4 just cycles through possible screenlockers such as xscreensaver and selects the one that works. I don't remember precisely why I did this. Suffice to say that it did not work when I attempted to lock the screen using xflock4 (using its default keyboard shortcut of CTRL+ALT+DEL) before suspending the system.

Anyway, the point is that you actually to do three things: lock screen, suspend system, close lid. And from experience, you want to make sure the system is locked and suspended before closing the lid, because it's often been the case that when you rely on some setting to lock and suspend when you close the lid, it sometimes fails, and you've no way of checking without opening the lid. But since opening the lid wakes the system from suspend, how do you know if it had suspended? (It's a case of Schrödinger's cat. Or Fourdan's mouse). The only way to be sure is you lock and suspend the system before closing the lid. And the only convenient way to do this is with a single keyboard shortcut (CTRL+SUPER+DEL).

You might need to close backdoors to xscreensaver screenlock.

At some point I may have installed light-locker, and configured it to lock the screen. I don't remember if this was actually necessary.

It might also be necessary to enable xscreensaver and power manager in Settings > Sesstion and Startup > Application Autostart. And perhaps to uninstall / disable gnome-screensaver.

Not the answer you're looking for? Browse other questions tagged xubuntu password suspend or ask your own question.

0
Login automatically after PC goes to sleep
1
Xubuntu: Turn off password after suspend
1
No password required in Xubuntu after waking up

10
Replace xscreensaver With gnome-screensaver (Xubuntu)
8
Why am I not asked for password at startup?
6
How to remap CapsLock key to Ctrl in Xubuntu
50
How can I prevent Skype from starting automatically on boot?
4
Lubuntu 14.04 Tired about suspend e hibernation “power manager not authorized”
12
How to Enable password after lock/Suspend
0
Xubuntu 16.04 doesn't seem to remember any changes I make to the startup applications.
2
Script to execute specifically on login from suspend on 16.04
0
Chromium asks for password for Default Keyring upon every start