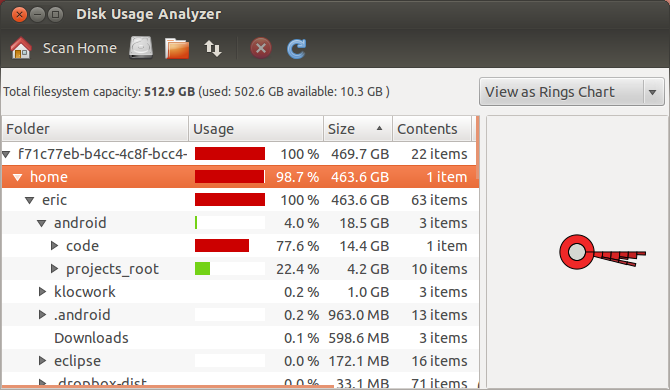 9
Why do df and du show different output?
4
Disk Usage Very Strange
6
Large discrepancy between df and du
2
Ubuntu 12.10 recognizes me only 3GB of free space
2
Unable to free up disk space

3
Why does 12.04 upgrade abort with out of space error when I have lots of it?
0
plenty free inodes yet cannot write to disk
4
Unable to mount secondary BTRFS filesystem to specific subvolume
0
Disk full, but no big file on Ubuntu sever