Is there any way to reduce the opacity/brightness of launcher icons in Ubuntu 12?

They are too vivid and colorful, which distracts me a little. Coders will know.

It wouldn't bother me if the launcher was at the bottom or on the right, but it's not possible to move the launcher since version 12.

Reducing the icons' saturation could help a lot too.

You can do this with a new tool that several users here on Ask Ubuntu have made. Its called Unity Tweak Tool. It's still in early development but it is very stable from my testing.

Now open the dash and search for "Unity Tweak Tool". It looks like this: 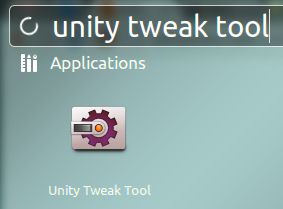 Open it up and navigate to Launcher. 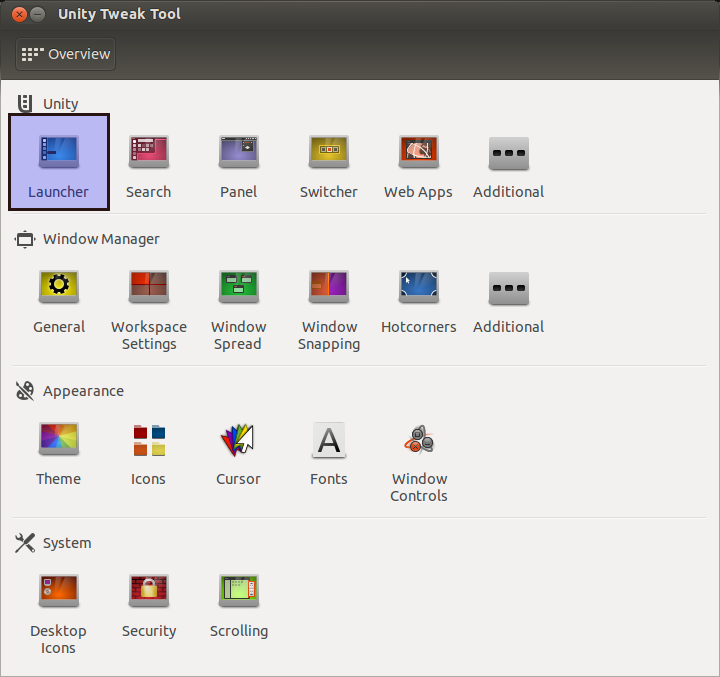 From there you can:

Another suggestion is changing your icon theme under Icons. 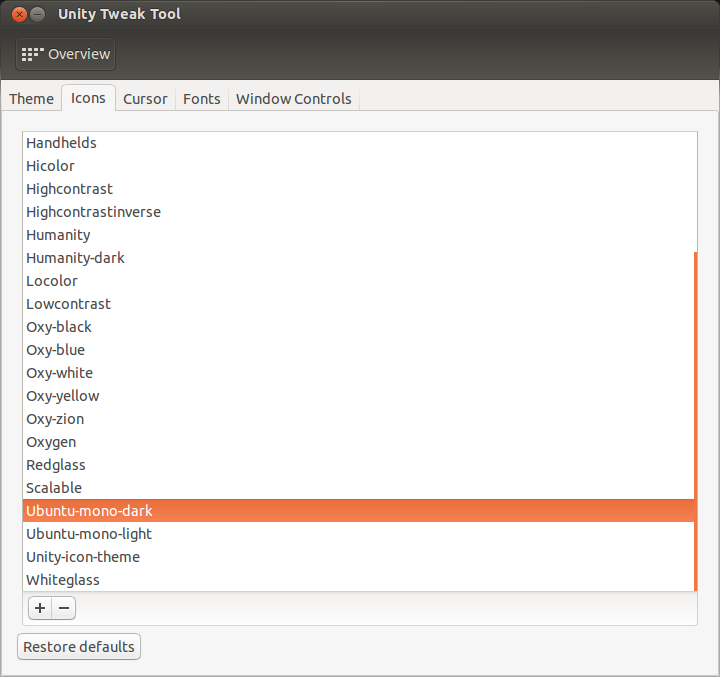 You need to note however, you can't very well change icons of other applications.

Brightness is relative, but I got them this dark:

For certain icons, like the software center, you might have to change the actual icon, wherever the system stores it.

With MyUnity (http://www.uielinux.org/myunity) you can change these settings for the launcher:

Themes and icon themes can be also changed.

Check the demos in their webpage.

edit: Perhaps the best strategy is to adjust the appearance of the launcher (backlights, auto-hide, color) and select a more pleasing icon theme (any suggestion?).

You could just use the gnome/unity tweak tools to autohide/dodge the launcher, therefore not having to stare it in the face constantly~

Not the answer you're looking for? Browse other questions tagged 12.04 unity launcher customization desktop-environments or ask your own question.

257
Can I move the Unity launcher?
10
How to change launcher icon

0
How to modify the default position of desktop icons
6
Increase launcher and applet spacing on the Gnome Classic panel
3
How to move icons in the Unity Launcher permanently, i.e. it survives a reboot
1
14.04 - Unable to lock/move items to/from unity launcher